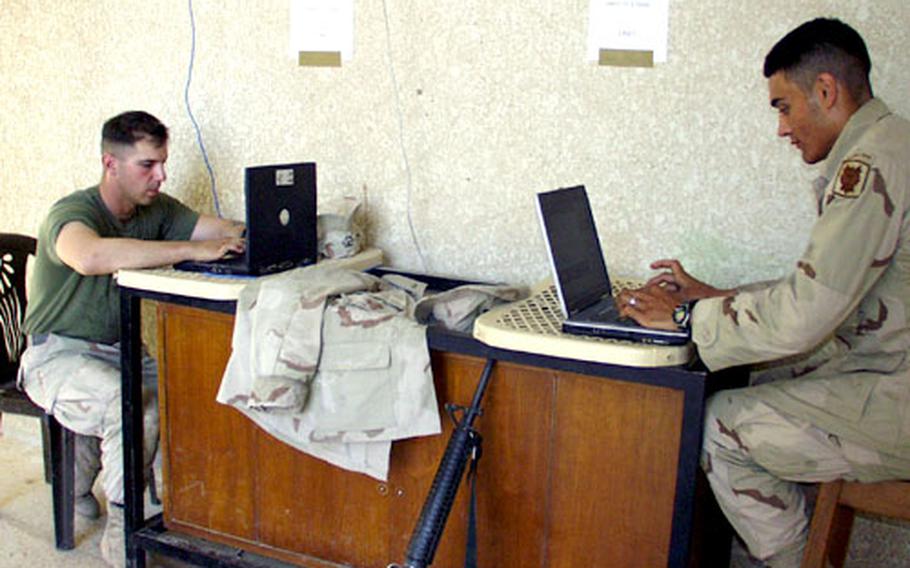 Communication is critical to troops in the field. The roughly 1,200 Marines at Camp Get Some in southern Iraq have frequent access to the Internet. (Marni McEntee / S&S)

Communication is critical to troops in the field. The roughly 1,200 Marines at Camp Get Some in southern Iraq have frequent access to the Internet. (Marni McEntee / S&S) A makeshift mailbox sits in a Hillah, Iraq, warehouse that is home to the 372nd Military Police Company, a reserve unit from Cumberland, Md. (Marni McEntee / S&S) 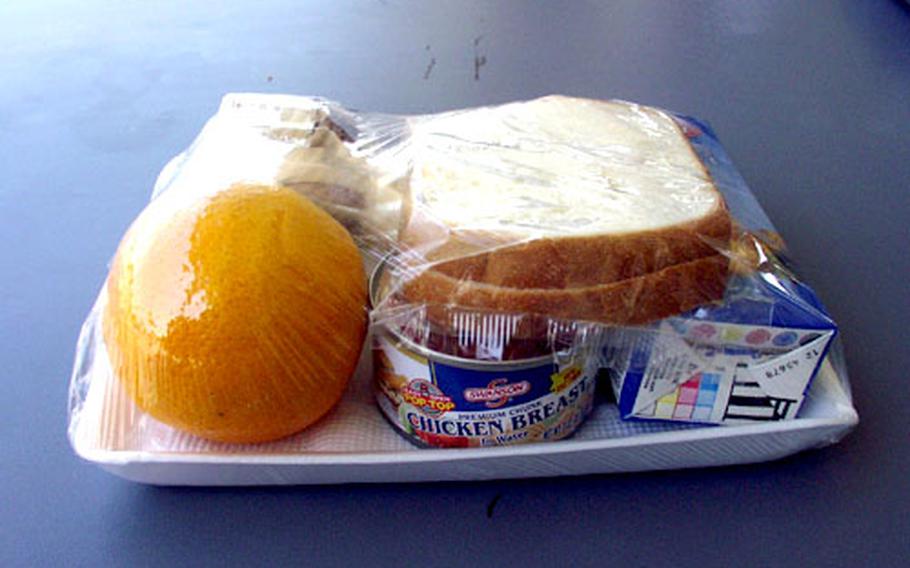 Tens of thousands of troops in southern Iraq rely upon a prepackaged lunch like this to replace their Meals, Ready To Eat. What many soldiers are really interested in, however, are beer rations. Said Spc. Jonathan Colton, “Just give me a cold six-pack of Corona. Then I’d fight for another six months.” (David Josar / S&S)

Blistering heat, lurking dangers and long separations are some things military leaders can do nothing about in Iraq.

But there are some issues leaders can address, according to troops in Iraq questioned by Stars and Stripes. Here are the most-mentioned items that troops on the ground said would improve their lives.

&#182;Mid-tour leave: If there is single, tangible thing that leaders could do to improve morale, it&#8217;s the mid-tour leave policy, hundreds of troops told Stars and Stripes in interviews and in the questionnaire. &#8220;I have been away from my family for almost a year and a half,&#8221; one sergeant wrote on a questionnaire. &#8220;That is too long. I have seen my wife and kids for a total of 35 days since last year. We soldiers need a break.&#8221; The military in late September kicked off a &#8220;Rest and Recuperation&#8221; policy for exactly that reason. Troops on 12-month orders will be able to use 15 days of annual leave.

&#182;Hard rotation dates: Troops want to know when they will go home. Many said they resent being left in the dark.

&#182;Clarified mission: Since the end of major ground combat on May 1, many troops say their mission has become muddled.

&#182;Beer rations: Troops asked to have what was available in past conflicts. &#8220;Soldiers are treated with little to no respect as adults &#8212; no sex, no porn, no alcohol,&#8221; said Sgt. 1st Class Jeff Reynolds, 402nd Civil Affairs Battalion, at Blai Field in Al Kut. &#8220;In wars past, these things being accepted as normal adult activity did not stop us from successful accomplishment of the mission and actually provided for an escape.&#8221; Spc. Jonathan Colton, a 20-year-old infantryman with the 173rd Airborne Brigade at Kirkuk Air Base, put it simply: &#8220;Just give me a nice cold six-pack of Corona. Then I&#8217;d fight for another six months.&#8221;

&#182;Improved mail delivery: Most troops say mail delivery has steadily improved, but some areas still have complaints. &#8220;I&#8217;ve got 12 packages out there somewhere that I know have been sent &#8212; some of them as long as 18 weeks ago,&#8221; said Spc. Victor Ferenzi, a 1st Armored Division medic with the 1st Battalion, 37th Infantry Regiment in Baghdad. Adding insult to injury, he said, is pilfering of packages. Of those that arrive, he said, &#8220;every one of them has been ripped open and have things missing, usually batteries, CDs or magazines.&#8221;

It&#8217;s not unusual to see soldiers wearing the green woodland fatigues because their desert uniforms have fallen apart from heavy use or they never received the desert fatigues. A soldier at Camp Dogwood said she was issued boots a size too large because that&#8217;s what was available. As a result, she said, she battles chronic blisters and discomfort.