Troops welcomed home to Vicenza after yearlong stint in Afghanistan 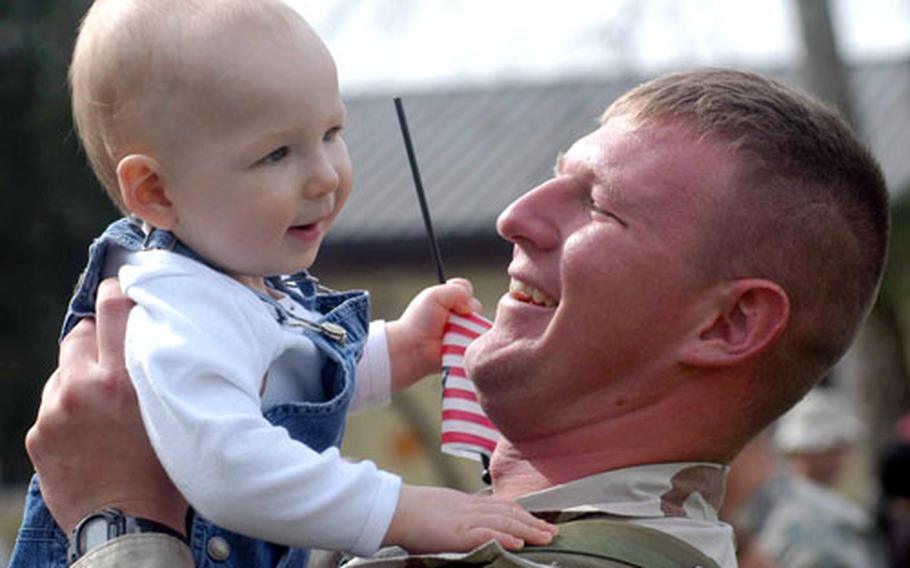 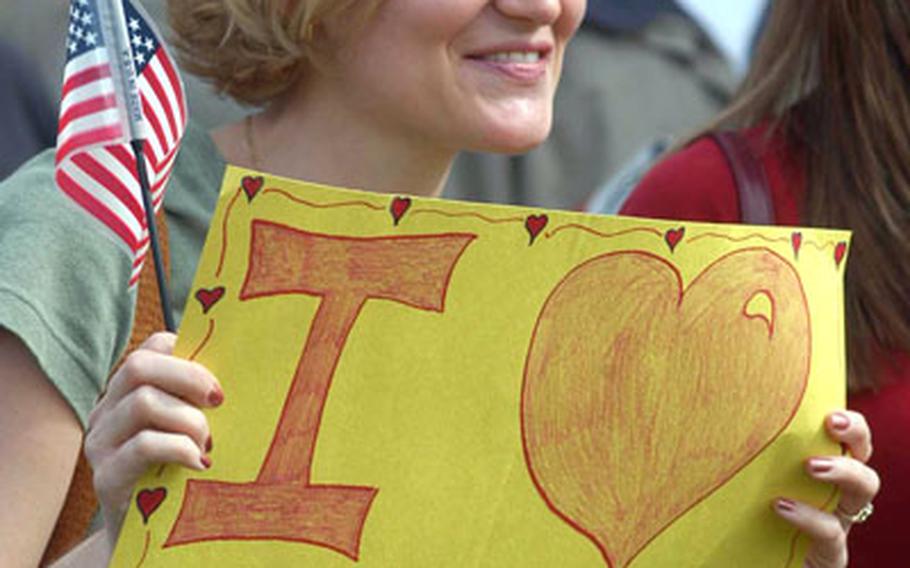 Jen Dean holds the American flag and a sign that says it all as she greets her husband Capt. Joel Dean of 2nd Battalion, 503rd Infantry Regiment, 173rd Airborne Brigade, back to Vicenza, Italy on Thursday. (Michael Abrams / S&S) 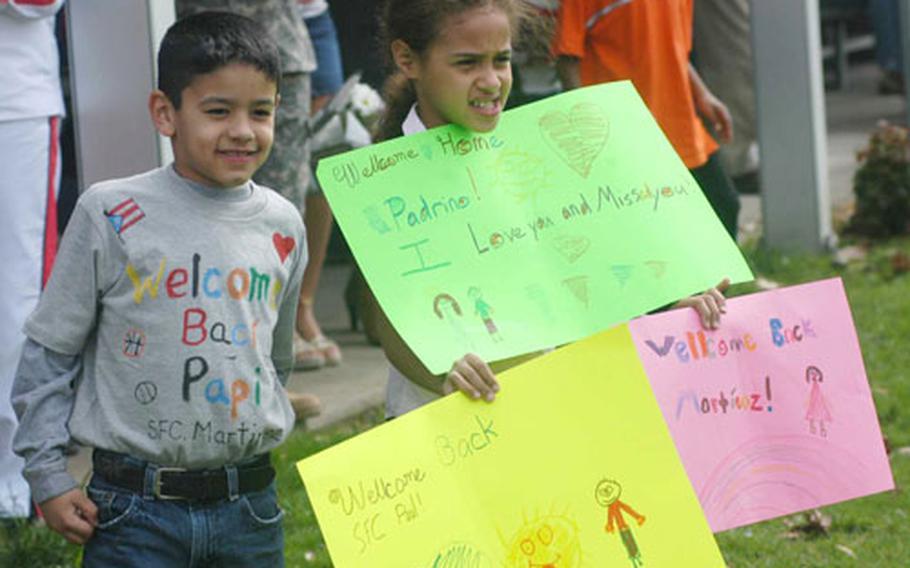 VICENZA, Italy &#8212; Staff Sgt. Jeremy Scribner is going to be spending the next few weeks getting to know someone very important to him: his 1-year-old son, Reagan.

Scribner and just about everyone left from the 2nd Battalion, 503rd Infantry Regiment &#8212; and the Southern European Task Force (Airborne) &#8212; came home Thursday to Caserma Ederle from a yearlong stint in Afghanistan.

Getting home was a laborious process for most members of the battalion, which spent the last year in Zabul province. Most took helicopters from the forward operating bases at which they were stationed to Kandahar Airfield, sometimes stopping en route at the battalion&#8217;s headquarters in Qalat. After a couple days in Kandahar, it was on to Manas Air Base, Kyrgyzstan, where some stayed five days waiting for the final series of flights back to Italy.

&#8220;This is the flight we&#8217;ve been waiting for,&#8221; said Sgt. Jameson Springer, just after a commercial chartered jet took off from Istanbul, Turkey, bound for Aviano Air Base. He looked like he spent most of the 5&#189; hour flight to Istanbul trying to get comfortable. It was a little easier for the 2&#189; trip to Aviano. But he said it didn&#8217;t really matter anyway.

Sarah Scribner said she and Reagan have spent a lot of time flying recently as well. They flew in from the state of Washington to meet up with the 120 or so troops &#8212; and one in particular &#8212; returning to Vicenza.

The two were joined by dozens of others on Hoekstra Field, all of whom started to shout and wave as the five buses pulled up next to the parade ground.

The soldiers streamed out of the buses, stood in formation for only a moment, then scattered into a series of hugs and kisses with family members and friends.

Sgt. Gregorio Santiago&#8217;s eyes were shining after he hugged his wife, Erika, and 15-month-old daughter, Angelina.

The plane from Istanbul was met by a host of officials at Aviano: the top officers and enlisted soldiers from the SETAF rear headquarters, the 173rd Airborne Brigade and the battalion. The plane landed before the end of the latest Harry Potter movie could be shown. But no one complained when the movie screens went black just before landing.

After receiving a briefing and turning in their weapons, the soldiers then boarded buses and were escorted by carabinieri to Vicenza. The trip took longer than it normally would because of an accident on the A4 autostrada.

Happiness was apparently an emotion best shared elsewhere. The parade ground was empty in a few minutes and soldiers and families continued their reunions elsewhere.