Troops, vets commemorate those who fought in Korean War 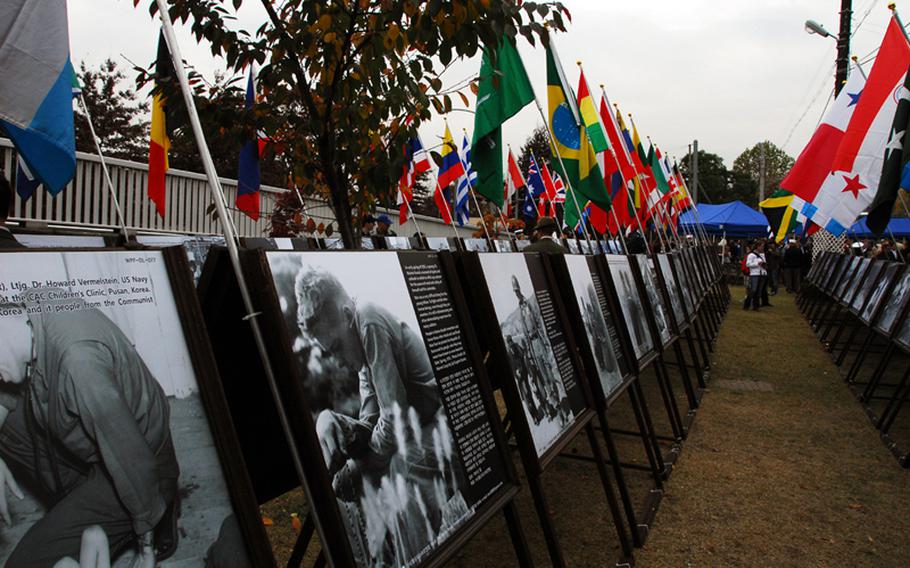 Buy Photo
Pictures celebrate and honor veterans who took part in the Korean War. The photos were part of a Veterans Day ceremony at the 8th Army Memorial at Yongsan Nov. 11. (Alfredo Jiminez/Stars and Stripes)

Buy Photo
Pictures celebrate and honor veterans who took part in the Korean War. The photos were part of a Veterans Day ceremony at the 8th Army Memorial at Yongsan Nov. 11. (Alfredo Jiminez/Stars and Stripes) 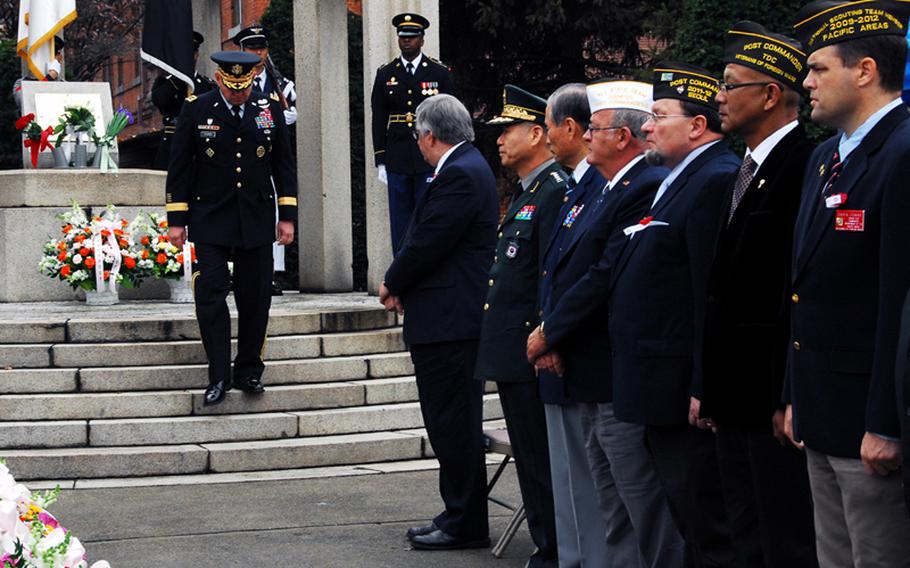 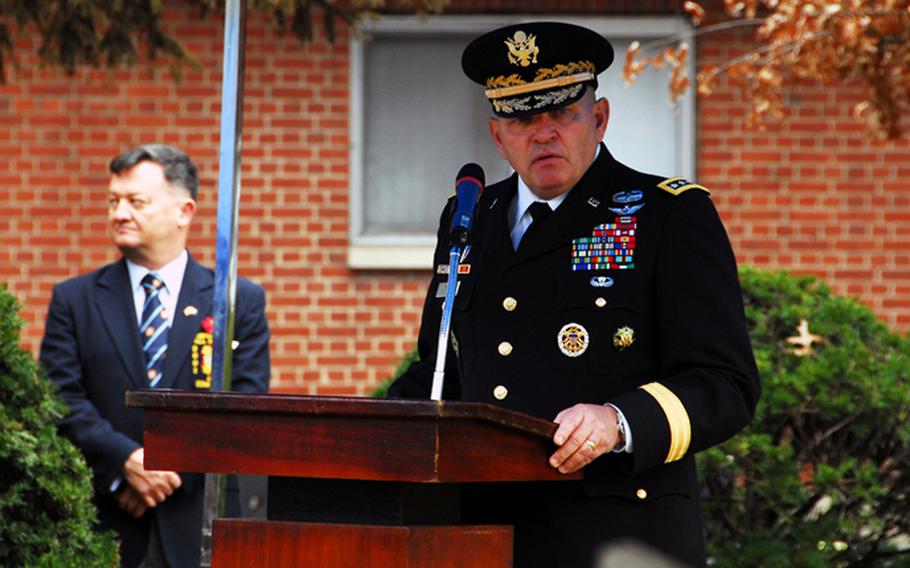 SEOUL &ndash; Six decades after he fought in Korea, Russell Johnstad still says little about the war or the injury that forces him to walk with a cane.

&ldquo;There were shots fired all around you. You ducked,&rdquo; was all the 85-year-old would say of the fall that shattered his knee in 1951 and sent him to a hospital in Japan, where a nurse told him he had a &ldquo;million-dollar injury&rdquo; that would keep him out of active combat.

After the war, he returned to South Korea, where he met his future wife, Susan.

During a ceremony Friday at U.S. Army Garrison Yongsan in Seoul &ndash; a city that saw brutal fighting during the war as it was captured and recaptured by opposing forces &ndash; the couple wiped away tears as military officials, other former servicemembers and children laid bouquets on the 8th Army War Memorial to mark Veterans Day.

&ldquo;It was a terrible time,&rdquo; Johnstad said of the fighting, which took him as far north as Pyongyang, now the capital of North Korea.

&ldquo;He never talks about the war,&rdquo; said Susan Johnstad, who was a junior high school student in Busan when the war broke out. She never saw fighting, only the streams of refugees who entered the city, which was untouched by combat.

During the ceremony, attended by some 200 people, U.S. Forces Korea commander Gen. James Thurman praised the U.S. troops who fought in what he described as one of the nastiest and most brutal conflicts.

&ldquo;When the country asked, who will go there, these men and women raised their right hand and said, &lsquo;Send me,&rsquo; &rdquo; he said.

After the ceremony, Navy Capt. Kevin Jenne and his sons, ages 7 and 9, walked through rows of enlarged black and white photographs from the war, some showing U.S. soldiers crying or holding one another after the death of a comrade.

Jenne, a den leader of a local Webelos Scouts troop, said his sons couldn&rsquo;t fully grasp the scale or horror of the war. But neither could he or anyone else who hadn&rsquo;t fought in war.

He said he brought his sons to the ceremony in hopes they would develop a deeper appreciation for veterans and for the U.S.

&ldquo;Love of country doesn&rsquo;t happen by accident,&rdquo; he said. &ldquo;We have to teach it. We have to show what it means to us in our actions, not just talks around the dinner table.&rdquo;