With the help of a translator, left, Canadian Army medic Sgt. Susan Paul, center, gives an Afghan boy some medicine and Capt. Darby Sivernail of the 10th Mountain Division, right, gives him some candy. The boy and his mother were visiting the doctors during a village medical outreach mission held by coalition forces. (Michael Abrams / S&S)

With the help of a translator, left, Canadian Army medic Sgt. Susan Paul, center, gives an Afghan boy some medicine and Capt. Darby Sivernail of the 10th Mountain Division, right, gives him some candy. The boy and his mother were visiting the doctors during a village medical outreach mission held by coalition forces. (Michael Abrams / S&S) 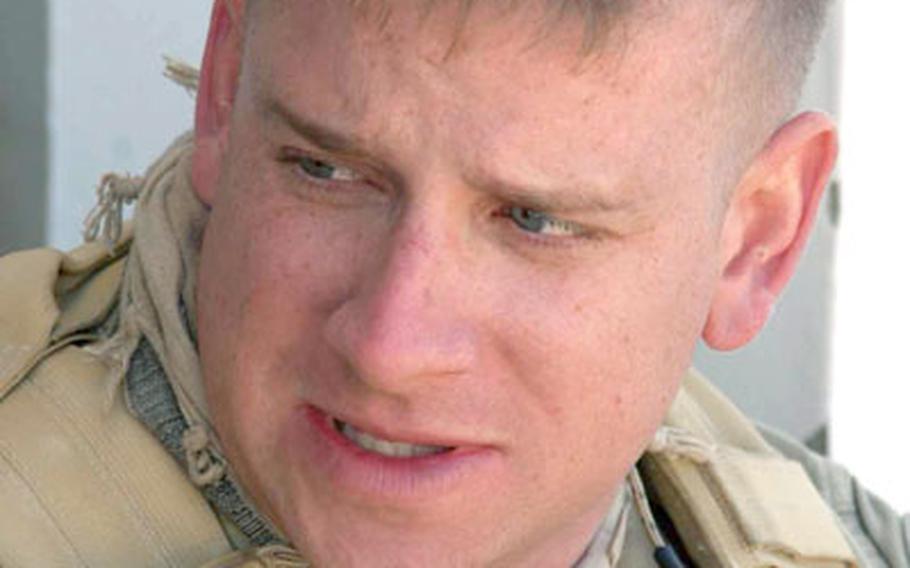 The Village Medical Outreach Visits allow U.S. forces "to say thanks for all the support [local residents] have given us,” said Capt. Justin Daubert. (Michael Abrams / S&S) SHAR-E SAFA, Afghanistan &#8212; Soldiers from the 2nd Battalion, 503rd Infantry Regiment have spent much of the past 12 months trying to show those who don&#8217;t obey the Afghan government the error of their ways.

But in spite of being from an outfit that calls itself &#8220;The Rock,&#8221; the soldiers have a softer side, which was demonstrated Thursday during one of the battalion&#8217;s monthly Village Medical Outreach visits.

&#8220;It allows us to say thanks for all the support [local residents] have given us,&#8221; said Capt. Justin Daubert, who spends most of his time as the battalion&#8217;s battle captain.

While past visits have included medical personnel from the 173rd Support Battalion, most of those soldiers have returned home to Vicenza, Italy. So an international contingent that included personnel from Canada and Romania pitched in to help this time. Incoming soldiers from the 10th Mountain Division&#8217;s 4th Brigade, along with Afghan National Police and Afghan National Army units, were out in force as well.

In fact, by the time the afternoon rolled around, there were more people in uniform providing security and treatment than there were those seeking it, although the traffic had been heavier earlier in the day.

Daubert said the turnout was a bit lower than he had hoped for. But far more women showed up for treatment than they normally do, he said, and they brought their children.

&#8220;It&#8217;s most gratifying to help the little kids to give them a good start,&#8221; said (Capt.) Darby Silvernail, an Army doctor who, along with Canadian medic Sgt. Susan Paul, treated dozens of women and children.

Afghan doctors assigned to the ANP and ANA were there for the men. Romanian Lt. Adina Gureu, a dentist, saw more than 40 patients.

U.S. Capt. Oscar Corredor, the only American optometrist in Regional Command-South, said some of those he saw had cataracts and would need surgery later.

&#8220;We saw some people who just needed reading glasses,&#8221; he said, before pointing to a stack of glasses he was ready to hand out.

Daubert said the military personnel were providing their services free of charge. The local clinic nearby also doesn&#8217;t charge, but it&#8217;s generally low on medical supplies, so locals have to go to the village pharmacy to buy medication.

Silvernail said it appeared that many of the patients she saw were poor and didn&#8217;t get medical attention regularly.

Shar-e Safa, the center of Tarn Wajaldak district in southwest Zabul Province, was the first stop for the medical teams. They were set to visit several other villages in the north of the province over the next week.

Daubert said a veterinarian was also on hand to treat local animals, and mechanics often came along on such visits to repair vehicles that had their own aches and pains.