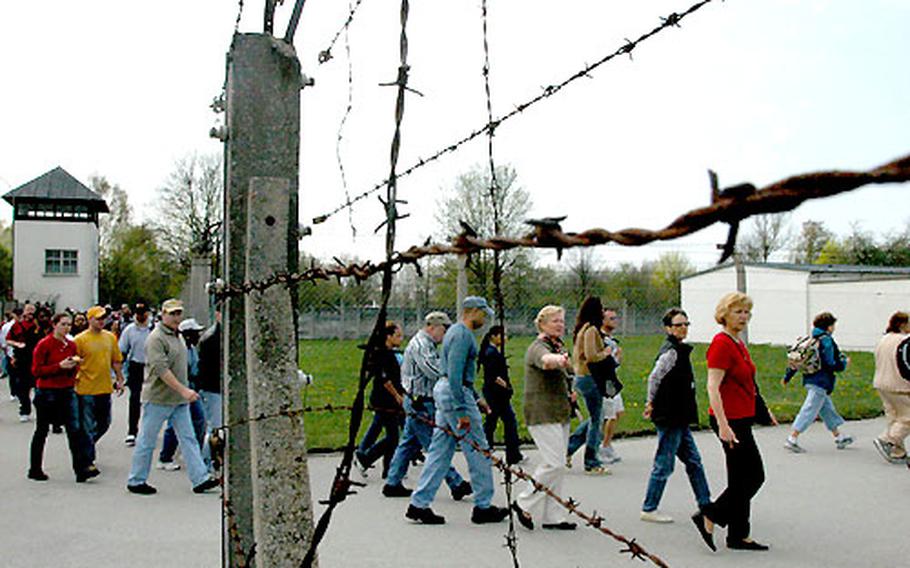 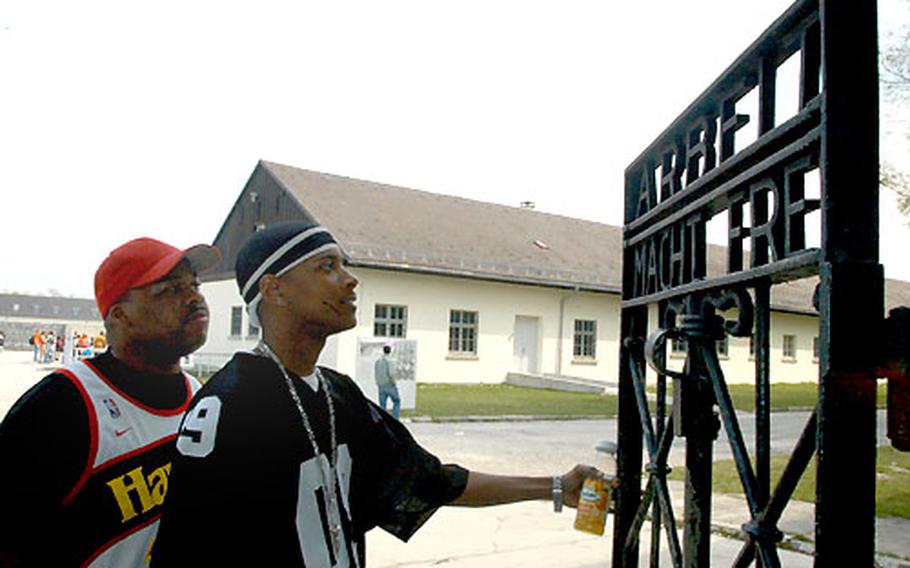 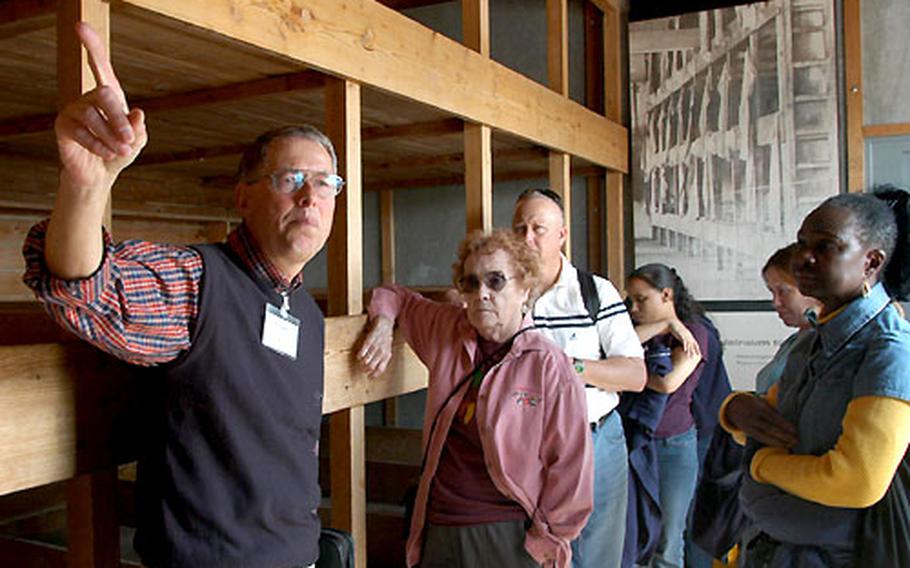 Last week, hundreds of U.S. soldiers and families visited the Dachau memorial to mark the Days of Remembrance, an annual program in April focusing on the Holocaust. Equal opportunity offices in Heidelberg, Kaiserslautern and Mannheim offered the free trip.

For many, the daylong excursion was a chance to &#8220;walk the ground and see for themselves,&#8221; said Sgt. 1st Class Sandra Short, an equal opportunity adviser from Kaiserslautern.

Convoys of buses left early Friday and soldiers slept through much of the five-hour trip through Bavaria&#8217;s hills. Outside Munich, as buses eased into a small village not far from the autobahn, baseball-capped soldiers craned their necks toward the windows.

But the town itself offers little insight into its dark past &#8212; it never has.

In fact, troops who liberated the camp even said that Dachau looked like any other German town. Visitors found pockets of neatly kept suburban homes interrupted by tracts of farmland.

Instead, only the letters KZ for Konzentrationlager, German for concentration camp, mark the way.

Slowly, the troops began to talk about what they were seeing &#8212; exactly the effect planners wanted. Each month, equal opportunity programs are offered to enlighten soldiers to accepting other races, genders and cultures, said Staff Sgt. Emilio Rivera, equal opportunity adviser for the Heidelberg-based 181st Signal Company. April&#8217;s trip targeted younger troops who might not have been taught about concentration camps, Rivera said.

Back home in Mineral Wells, Texas, Pfc. Jeremy Martin, 21, learned little about the Holocaust. He was one of about 100 Heidelberg soldiers who jumped at the chance to visit Dachau.

Both Martin and Pfc. Jody Sparks, 19, of Glen, Miss., said their schools never went into detail about the Nazi camps.

Soldiers their age were among the first U.S. troops at Dachau in April 1945. Thousands of emaciated prisoners greeted them. Troops found piles of dead bodies inside.

Most of the camp was torn down in the mid-1960s and replaced by memorial sites and chapels. Now, visitors watch a graphic film depicting Dachau, then walk through a museum of enlarged photos on billboard-sized panels.

The camp was built in 1933 and over 12 years held about 200,000 prisoners from all over Europe. While Jews made up the majority of prisoners, there were also Gypsies, Jehovah&#8217;s Witnesses, homosexuals and enemy prisoners.

Most were forced laborers. Others were subjected to horrific medical experiments.

Surprisingly, the American visitors appeared hardly affected, showing neither tears nor deep reflection during their tour. In fact, it was mostly smiles and cigarettes as the groups of Americans walked from the mock prisoners barracks to the crematorium.

With Hollywood filling American minds with graphic horrors in films, one Army officer suggested, &#8220;We may be harder to shock.&#8221;

Tour guide Diethard Bendlin touched a nerve when he brought up current events. He likened the Nazi&#8217;s prisoners held in Dachau without charges or access to legal representation to U.S.-held prisoners at Guantanamo Bay, Cuba. The Americans frowned and grumbled about Bendlin&#8217;s comments, but moved on.

For some, such as Sgt. Arthur Phillips, 26, of Forsyth, Ga., that drove things home.

After the war, a GI allegedly took the original &#8220;Arbeit macht frei&#8221; sign home as a souvenir. Phillips and his comrades said they would take home feelings they will never forget.