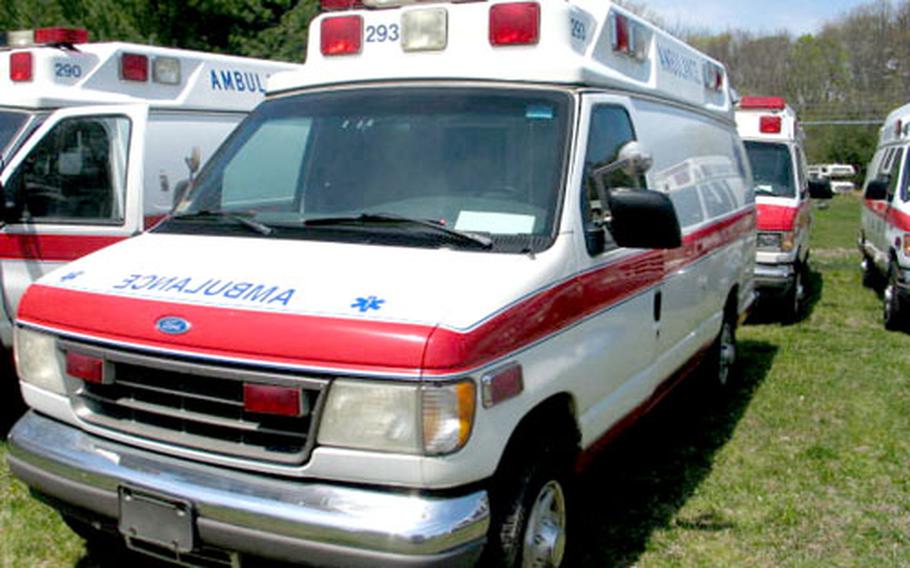 Fourteen ambulances donated by a non-profit organization in Seattle, Wash., are on their way to hospitals in the southern Philippines thanks to the U.S. Marines and sailors participating in the ongoing exercises with the Philippines military. (Courtesy of 3P USA Foundation)

CAMP FOSTER, Okinawa &#8212; Fourteen ambulances donated by a nonprofit organization in Seattle are on their way to hospitals in the southern Philippines, thanks to servicemembers taking part in ongoing exercises with the Philippines military.

They&#8217;ll also do community outreach to civilians near the training areas, Parmer said, including facilitating the ambulance deliveries. Four of the vehicles donated by the 3P Foundation were loaded onto the USS Harpers Ferry at the Subic Bay Freeport on Wednesday along with Marines bound for the annual bilateral exercise in the southern Philippines.

The foundation bought the ambulances from the state of Massachusetts and shipped them to Manila in September.

&#8220;Since then they have undergone preventative maintenance and have been repainted,&#8221; Parmer said in a phone interview Wednesday.

&#8220;These five ambulances, which will be distributed in coordination with the Joint Special Operations Task Force-Philippines, are destined for Zamboanga, Jolo and Tawi Tawi.

&#8220;They will be turned over in a formal ceremony later this year,&#8221; he said. &#8220;The other ambulances will be distributed by the foundation to other provinces throughout the country.&#8221;

The foundation also is delivering a container of medical equipment to southern Philippines hospitals, according to the foundation&#8217;s Web site, www.3pf.us

Meanwhile, in Pampanga, Marines and sailors of Marine Aircraft Group 36 will distribute donations of computers, school books, pencils and paper, tents for scouting and clothing to a local elementary school. A similar project took place in the village of Macapagal on Tuesday.