Troops stationed at Kuwait base run in Atlanta 10K 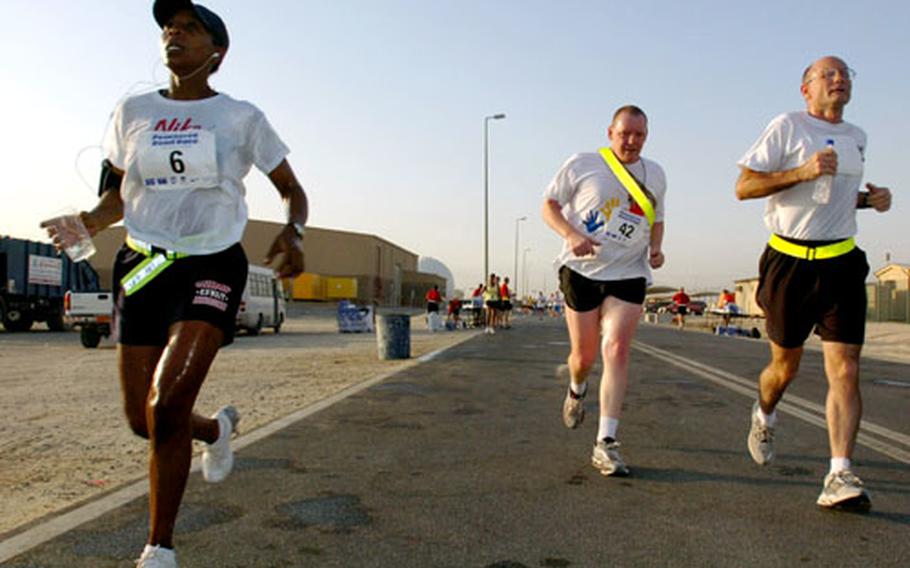 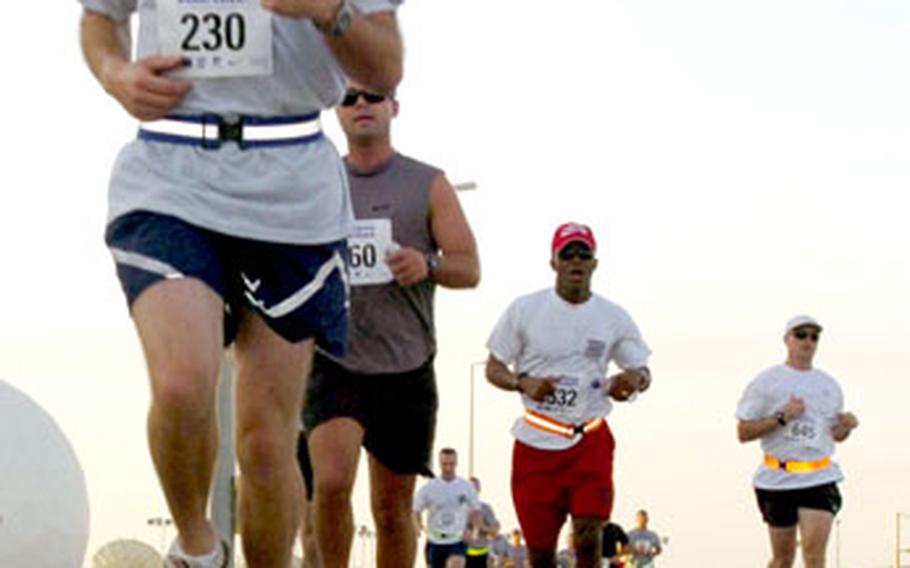 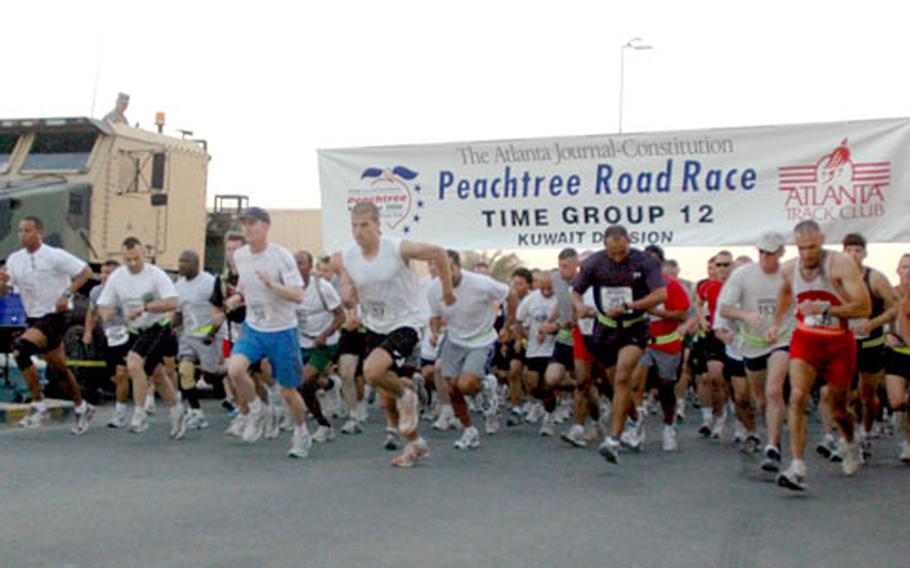 Nearly a thousand American soldiers, Marines, airmen, sailors and civilian contractors stationed in Kuwait got up early, beat the desert heat and competed this Fourth of July in the Camp Arifjan version of the Peachtree Road Race, the famed Atlanta annual event.

The race, a 10K run throughout the camp, started at 5 a.m. and was the kick-off to the base&#8217;s Independence Day events.

While not billed as a competitive race &#8212; and renamed the Peachtree Fun Run &#8212; the pack was led by Sgt. Robert Adams, of the 11th Public Affairs Detachment from Fort Polk, La. He finished with a time of 34 minutes and 25 seconds.

It is the second year in a row that troops in Kuwait have imported the Atlanta tradition. Last year, the first race was organized by Maj. Gen. William Johnson, who was deployed with Third Army in Kuwait. Johnson was among those who ran in the race this year, along with Lt. Gen. R. Steven Whitcomb, the current Third Army commander.

The Kuwait version of the race was sponsored by the Atlanta Track Club and the Atlanta Journal-Constitution.

Other Fourth of July events included a Jimmy Buffet look-alike contest and a hot-dog eating contest sponsored by Nathan&#8217;s Famous Hot Dogs. At the pool was a jousting contest with pogo sticks, a dodgeball contest and a make-it-yourself raft contest.