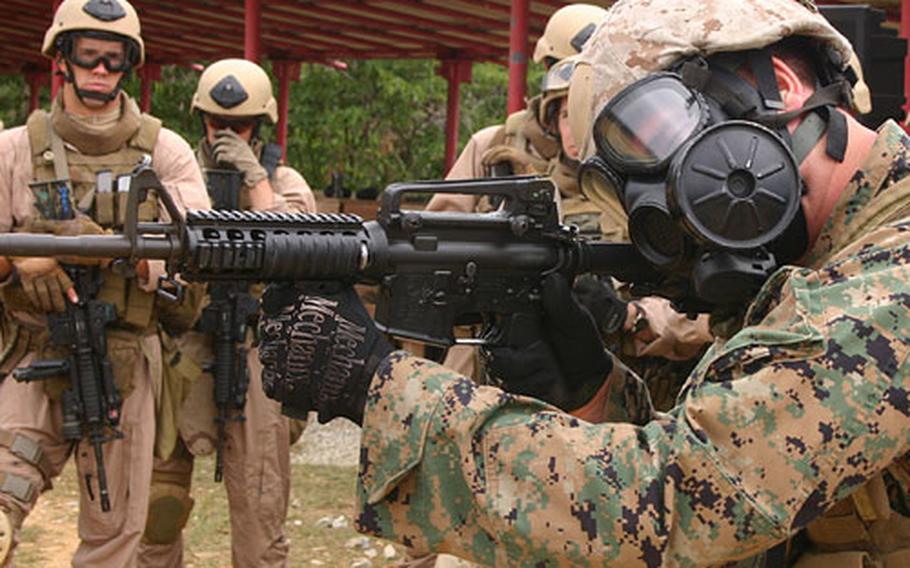 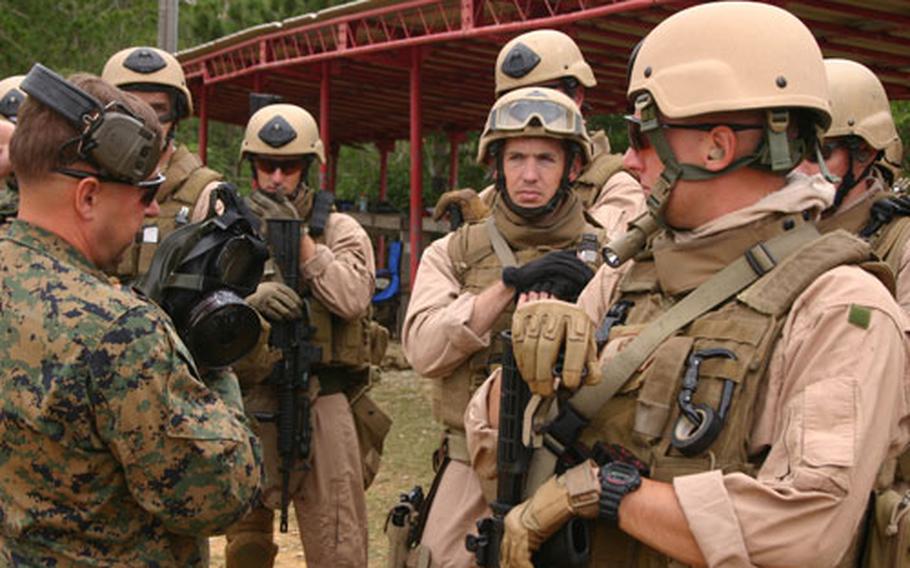 Gunnery Sgt. Blair Ward, left, 37, from Fort Smith, Ark., an instructor with the Dynamic Assault Course, demonstrates to students how to prepare a gas mask for quick use during weapons drills on Camp Hansen&#39;s Range 16. (Cindy Fisher / S&S) 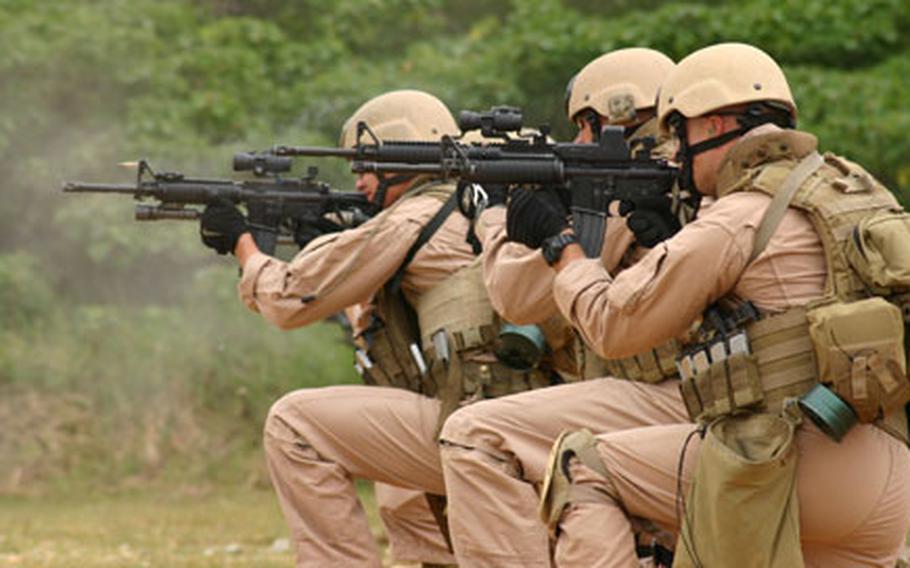 &#8220;These are the skills needed if you want to win&#8221; in urban combat environments like Iraq, said Staff Sgt. Chris Brennan, senior instructor.

The 3rd Recon Battalion Marines are taught to think independently while working in concert with decisions made by other members of the team, Brennan said.

&#8220;Knowing where your Marines are left and right&#8221; is invaluable in close-quarters fighting, said Gunnery Sgt. Brett Davis, platoon sergeant for 3rd Recon&#8217;s 2nd Platoon, D Company, who is attending the course.

But these skills don&#8217;t come easily. It takes more than 3,000 repetitions to imprint a movement into muscle memory, Brennan said.

&#8220;We train them to the point that tactics and marksmanship (are) subconscious,&#8221; Brennan said.

During the course, held twice a year, students spend eight to 10 hours a day firing their weapons, breaching buildings and running through increasingly complex scenarios. They often spend additional time on their own running through the motions, he said.

On the firing line, they practice switching from M-4 rifles to service pistols. Wearing full gear that sometimes includes gas masks, the Marines aim for the head or an 8-inch circle in the chest of man-sized targets while moving from up to 25 feet away.

Then students move on to breaching rooms, buildings, hallways and any other space instructors can think up, all while dealing with mass casualties, noncombatants and enemies disguised as noncombatants.

Brennan said Marines have to be able to instantly determine who the enemy is and isn&#8217;t in any situation.

To hesitate means you&#8217;ve lost control and must work harder to regain the initiative, he said.