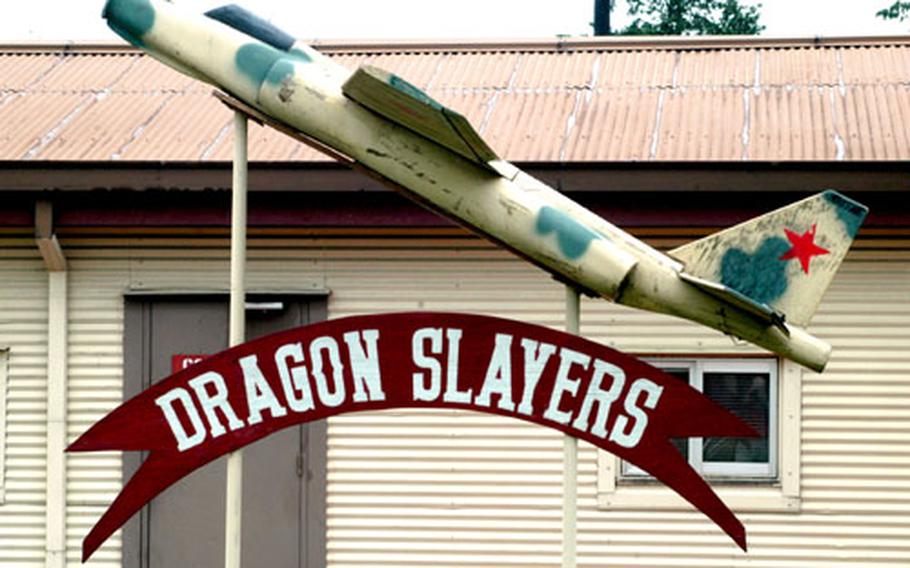 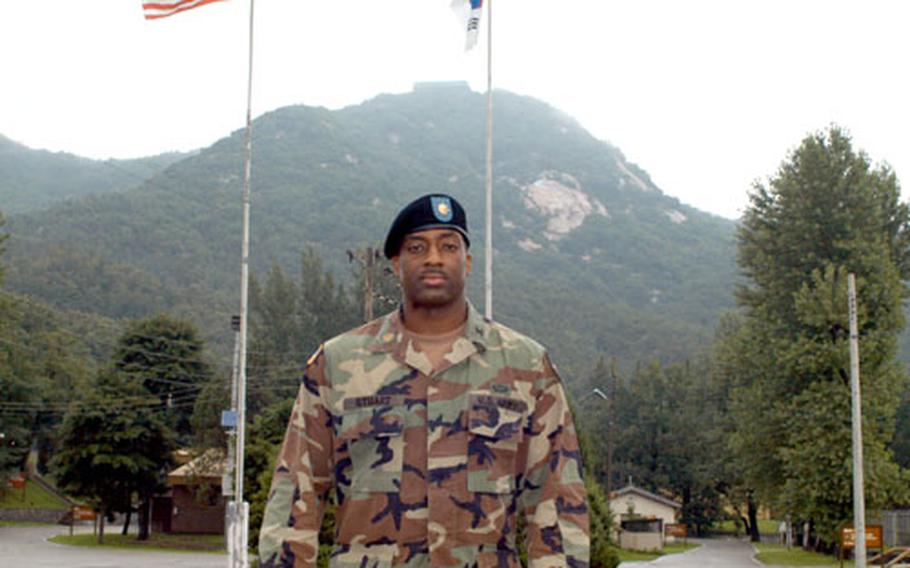 After two years at the camp, executive officer Maj. Michael Stuart, 37, of Glade Spring, Va., knows the facility like the back of his hand. (Seth Robson / S&S) 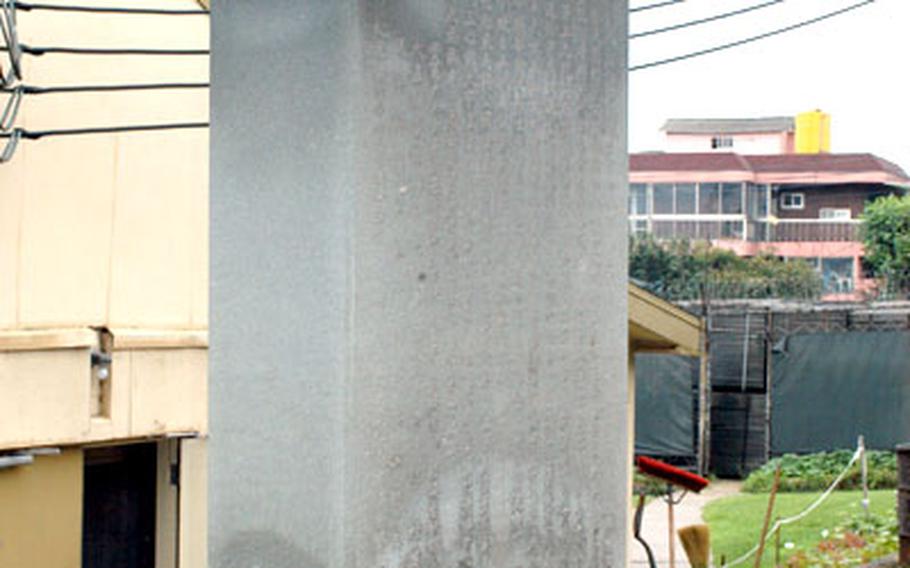 The tomb of an ancient Korean king is one of the landmarks at Camp Sears. (Seth Robson / S&S)

CAMP SEARS, South Korea &#8212; Soldiers preparing to leave this facility, due to close later this year, say they will miss their close-knit community, hiking in the mountains and the many South Korean shops and restaurants nearby.

Sears, one of eight U.S. bases in South Korea that U.S. Forces Korea will close in 2005, is sandwiched between a steep pine-covered mountain and a modern South Korean shopping and restaurant district on Uijongbu City&#8217;s outskirts.

The base, which is split into four small posts, is home to 150 soldiers from Headquarters Headquarters Battery, 5th Battalion, 5th Air Defense Artillery Regiment, as well as South Korean workers and storage warehouses.

After two years at Camp Sears, 5-5 executive officer Maj. Michael Stuart, 37, of Glade Spring, Va., says he knows the facility like the back of his hand.

&#8220;If you stand at the flag pole, you can see pretty much everything except the dining facility,&#8221; he said last week, while pointing out the motor pool, tennis and basketball courts, gymnasium and racquetball court, Army and Air Force Exchange Service shoppette, barber shop and laundry facility.

A sign on the front gate states the base was named in honor of the 45th Infantry Division&#8217;s Sgt. 1st Class Jerome Fargo Sears, who was awarded a posthumous Distinguished Service Cross during the Korean War.

One of the base landmarks is a 500-year-old tomb of a South Korean king, decorated with Chinese characters.

The Dragon Slayer Club, in an old Quonset hut, officially closed in 2004 but soldiers still use the facility for parties and other social activities. A soccer field just outside the camp, next to a South Korean fuel storage facility, sometimes is used for sports by the soldiers and serves as the base helicopter-landing zone, Stuart said.

The steep hill behind the base, named Antenna Mountain because of a distinctive Republic of Korea Army installation at its top, is a favorite hiking area for soldiers. Some climb it every weekend, Stuart said.

Near the hill&#8217;s top is a Buddhist shrine with a natural spring. Ropes are fixed to the rock face to help climbers to make it to the summit.

The Home Plus center near the base&#8217;s front entrance is the South Korean equivalent of Wal-Mart, said Stuart, who buys computer and cell phone accessories and compact discs there.

He said soldiers at Camp Sears drive the longest convoys of any 2nd Infantry Division soldiers &#8212; 200 miles &#8212; to get to their Chulmae Range training area, on the west coast, south of Seoul.

Pvt. William Miranda, 19, of Puerto Rico, said he would remember playing pool off post and eating chicken on a stick on the street.