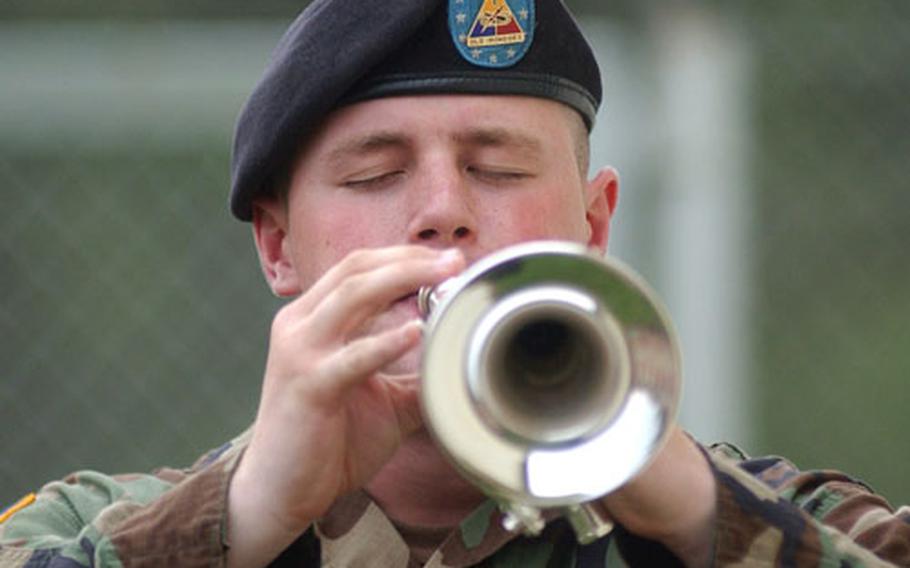 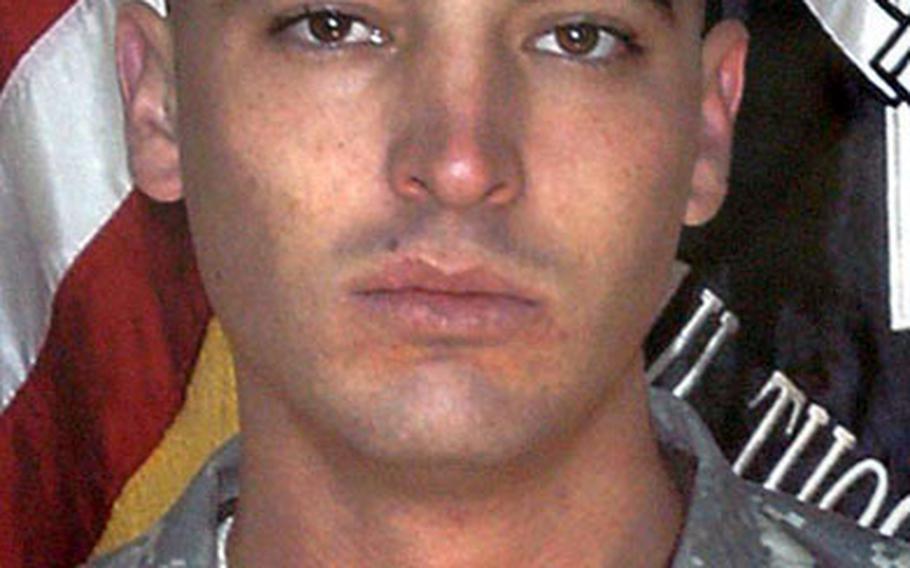 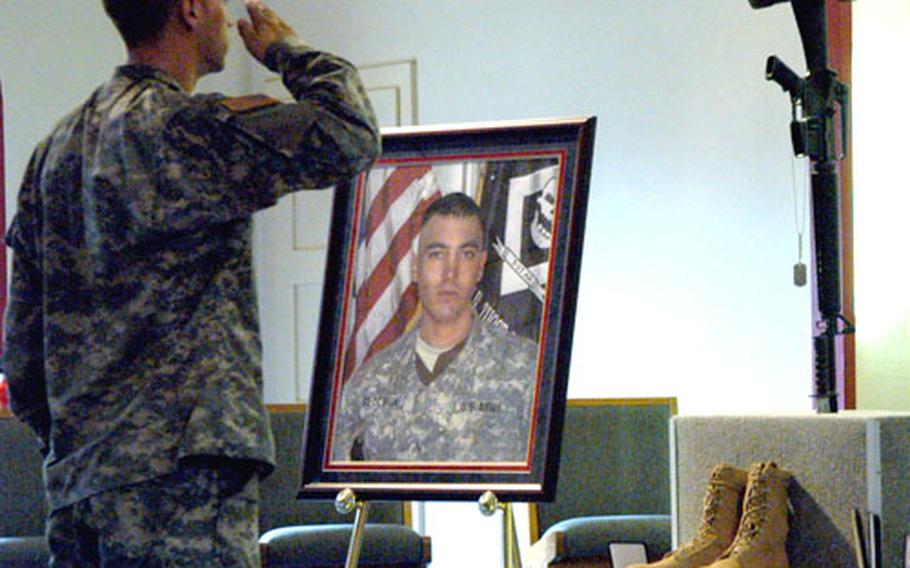 But, on July 18, he volunteered to fill in as gunner on another tank as it was about to roll out on a mission in Ramadi, Iraq. During the operation, a roadside bomb explosion set fire to the front fuel cell of Vecchione&#8217;s borrowed ride.

Remarkably, every member of the crew made it through the blast without a scratch. But with the front of the vehicle engulfed in flames, they were forced to abandon it.

Under normal procedures, Vecchione would have been one of the first people to get off. But he was the last, jumping right onto another roadside bomb.

&#8220;If he&#8217;d jumped three feet to the left or three feet to the right, this wouldn&#8217;t have happened,&#8221; said Capt. Jason Irwin, the company commander, who considered his former soldier and gunner a friend. Nobody else was injured.

It was an astonishing stroke of bad luck that ended the life of this soldier, whom colleagues and superiors said could have made sergeant major of the Army.

Hundreds of mourners packed the chapel at Ray Barracks on Wednesday to honor the fallen soldier.

Sawyer and others spoke of Vecchione&#8217;s indomitable work ethic, unflinching optimism and reputation for perfection, which made him somewhat of a legend in the battalion.

During the unit&#8217;s first deployment to Iraq in 2003, Vecchione was assigned to work in the battalion&#8217;s tactical operations center as a radio telephone operator. He would rather have been doing his regular job as a tanker, but the leadership wouldn&#8217;t let him go because he was so good at the job, said Staff Sgt. Scott Ramen, who worked with Vecchione during that deployment.

Despite the fact Vecchione considered his radio job boring, Ramen and Sawyer said they never once saw him without a smile on his face.

When the unit got back to Germany, Vecchione got his sergeant stripes and was made Irwin&#8217;s gunner. The position is given to the best gunner in the company, and brings with it the responsibility of commanding the tank in the commander&#8217;s absence.

&#8220;Sergeant Vecchione used to joke that it was his tank, and he only let Captain Irwin ride in it sometimes,&#8221; Sawyer said.

Vecchione&#8217;s crew was quickly recognized as the best in the battalion.

Not long after he got to Iraq, Vecchione&#8217;s excellence earned him another promotion &#8212; he was given command of a tank of his own.

He addressed the possibility of his own death on his Web page. A questionnaire posted on it asks, &#8220;Goal you would like to achieve this year?&#8221;

He sorely underestimated his influence on his friends and colleagues.