Troops recharge by shopping in Kuwait Sgt. Steve Speissegger, a paralegal with 3rd Personnel Command from Summerville, S.C., looks at daggers and swords at a shop in Fahaheel, Kuwait during an MWR shopping trip for servicemembers. (Juliana Gittler / S&S)

Sgt. Steve Speissegger, a paralegal with 3rd Personnel Command from Summerville, S.C., looks at daggers and swords at a shop in Fahaheel, Kuwait during an MWR shopping trip for servicemembers. (Juliana Gittler / S&S) 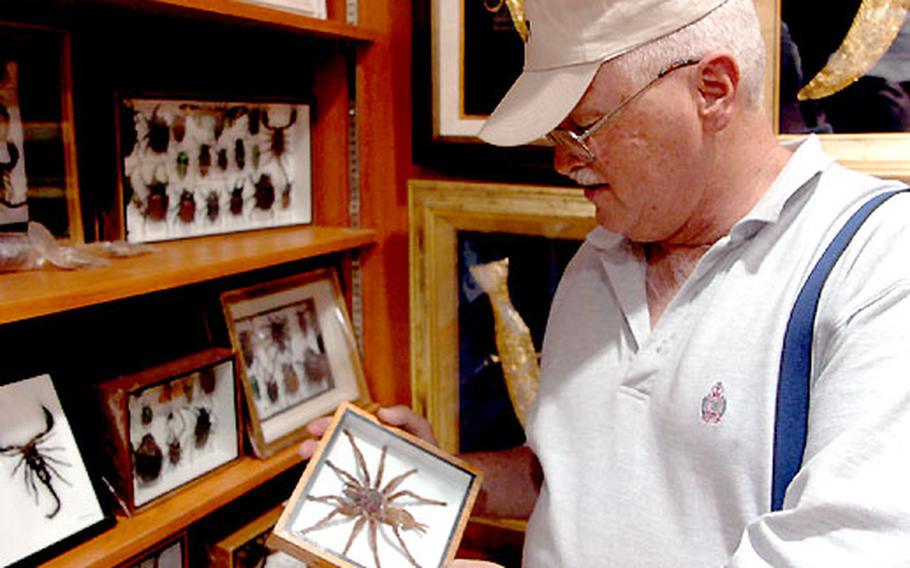 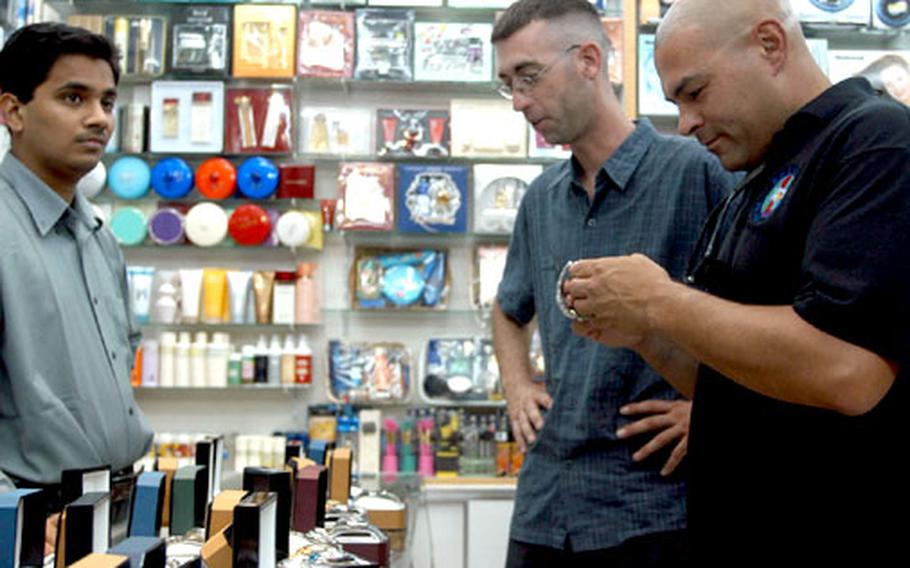 KUWAIT CITY, Kuwait &#8212; Sgt. Steve Speissegger looked over the shelf of silver Arabian daggers in the small handicrafts store in Fahaheel, a suburb of Kuwait City.

While Speissegger decided on a Cuban cigar, others in his group perused gold charms, knock-off watches and cheap clothes in shops nearby.

For the group of about 40 servicemembers, the day trip was the first opportunity to see something in Kuwait besides a remote Army camp.

Until recently, outings to Kuwait City have been off-limits for servicemembers since the war.

&#8220;They have a need to go out and see the physical community they help support,&#8221; said Lt. Col. Jeanne Marie Rowan, senior human resource director for the 377th Theater Support Group in Kuwait. &#8220;They have been sequestered on these camps.&#8221;

Since threat levels eased modestly from force condition Delta to Charlie, limited trips have resumed, offering servicemembers a chance to get off the bases and to shop.

&#8220;You just have to recharge your batteries sometimes,&#8221; said Maj. Karen Magruder, Morale, Welfare and Recreation branch chief attached to the 377th from the 3rd Personnel Command.

Before the war, permanent-party servicemembers had free reign of the town and those on temporary training deployments were offered MWR shopping trips.

With safer conditions, the Coalition Force Land Component Command in charge of servicemembers in Kuwait resumed some of the trips.

Organizers decided on seven choices, with a few others under consideration. The trips include modern American-style shopping malls; the traditional bazaar at Fahaheel; entertainment complexes; and soon a private beach, once lifeguards are trained.

Each group is accompanied by military police and the trips are coordinated with the Kuwaiti government. Participants wear civilian clothes with no Operation Iraqi Freedom emblems and no combat boots.

The trip was her first escape from Camp Arifjan and a chance to see Kuwait.

The trip was the first time Sgt. Cynthia Graham, also with the 3rd Personnel Command, saw veiled women in person and the deep-blue waters of the Persian Gulf.

Sgt. Maj. Griff Glatthaar, the land component command&#8217;s personnel officer, bought 10 gold camel pendants for his family and friends. He bought one for a friend&#8217;s wife who sent him gift packages during the war.

For a handful of servicemembers visiting Kuwait from Iraq, the trip was too good to be true.

Spc. Jesus Martinez with the 806th Postal Company at Camp Bucca, Iraq, bought a small knife and some Game Boy games on his shopping outing. He was glad to get away from Bucca to Arifjan, where there&#8217;s toilets, air conditioning and laundry, he said.

Being able to shop in town was a bonus.

Servicemembers usually sign up in advance for trips with permission from their command, but Magruder said she&#8217;ll try to fit in weary visitors coming from Iraq.

If they can&#8217;t get to Kuwait, servicemembers in Iraq now have a special trip to help them escape. The land component command began offering four-day trips starting two weeks ago to Qatar, where servicemembers can have a beer and escape high threat levels.

Up to 120 troops are taken to Qatar on a military flight every day from one of three airfields in Iraq. Individual commands decide who can go on the trips, which are free.

The trip compensates for the fact that troops have no escape in Iraq because of the mission and dearth of commercial travel options.