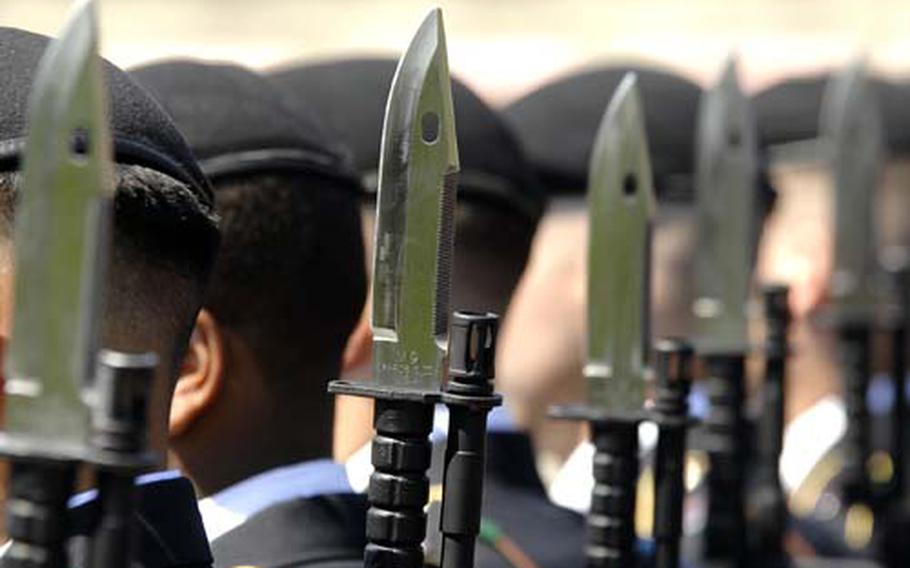 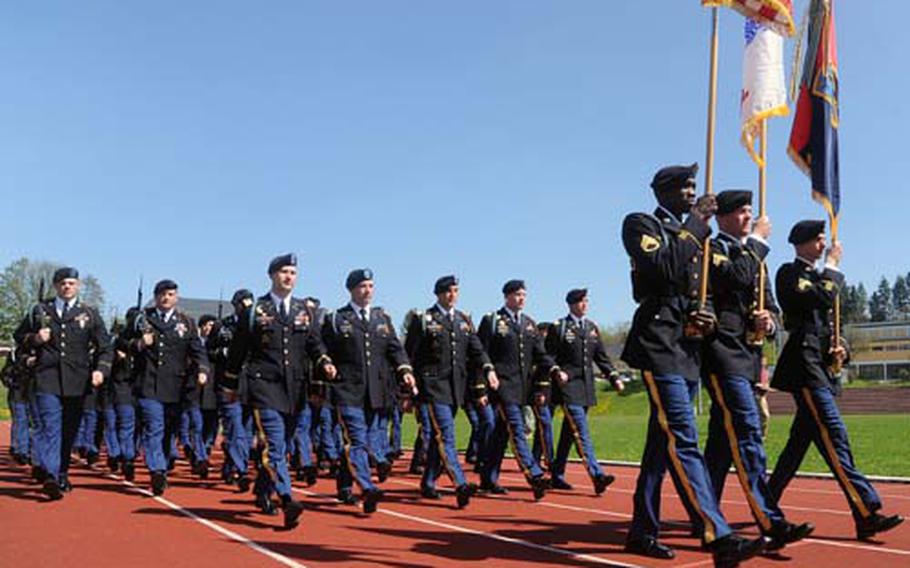 The Baumholder unit will be participating in the parade on Red Square in Moscow, commemorating the 65th anniversary of victory over Nazi Germany in World War II. (Michael Abrams/S&S) 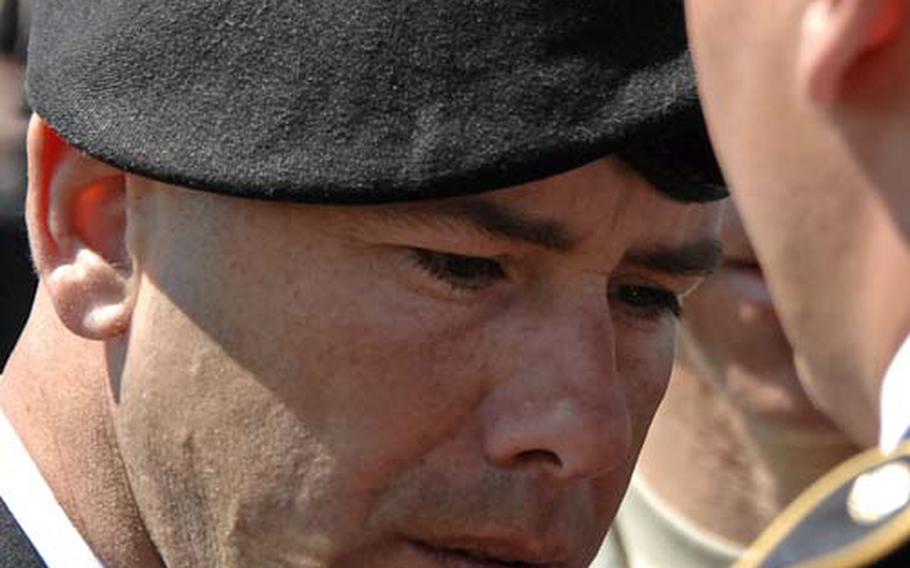 BAUMHOLDER, Germany &#8212; Dressed in dark blue service uniforms, the soldiers marched a single lap around the track at Minnick Field, their freshly polished shoes squeaking in the afternoon sun.

The lap was practice for May 9, when the soldiers from Company C, 2nd Battalion, 18th Regiment, 170th Infantry Brigade Combat Team will march on Moscow&#8217;s famous Red Square, making them the first American troops to participate in a Victory Day parade.

The parade, which marks the 65th anniversary of the defeat of Nazi Germany, will feature troops from England, France and America marching alongside Russian servicemembers.

Most of the American troops will be visiting Russia for the first time. But for 1st Lt. Ilya Ivanov, who was born in Vladivostok, the celebration will be a homecoming. Ivanov immigrated to the U.S. when he was 10 and became an Army officer in 2007, following a long family tradition.

Ivanov&#8217;s great-grandfather, Maj. Alexander Peteryaev, was a platoon leader with the Russian army during World War II, and he was killed while fighting the Germans near the eastern city of Smolensk. A black-and-white photograph and a log book detailing the date of his death &#8212; Oct. 21, 1943 &#8212; are all that Ivanov has left of him.

Ivanov, who at 25 has sharp features and short blonde hair, described his great-grandfather as looking very similar to him in the photo. Peteryaev was 30 when he died.

"There will certainly be emotions I never experienced," Ivanov said of marching on Red Square. "Since I did have family who died, I know how the Russian people suffered to get through the war."

This year&#8217;s parade &#8212; described as the biggest celebration of its kind since the 1991 collapse of the Soviet Union &#8212; will involve 10,000 troops, 160 military vehicles and 127 aircraft. According to the London Telegraph, strategic nuclear bombers, MiG and Sukhoi fighter jets, and an array of military helicopters and gunships are expected to fly over the square, while T-90 battle tanks, intercontinental ballistic missile launchers and countless air defense and artillery pieces will trundle across the cobbles.

The parade was first ordered by Joseph Stalin and took place June 24, 1945, without Allied troops. It rained and Soviet soldiers ended the parade by tossing the defeated German army&#8217;s banners, including Hitler&#8217;s own, into the muddy gutter near Lenin&#8217;s tomb. During the Soviet era, victory parades were traditionally held twice a year, on May Day, and on Nov. 7 to commemorate the 1917 Russian Revolution. The tradition of full-scale Red Square military parades was restored by Vladimir Putin, now prime minister, in 2008.

In the decades of the Cold War, American troops marching in Red Square, then the symbolic heart of world Communism, would have been unimaginable. And there was some controversy surrounding this year&#8217;s parade, when initial plans involved portraits of Stalin overlooking the grounds. The idea was quickly scrapped.

Capt. Matthew Strand, Company C commander, said his men have worked hard preparing for the parade and have been in the middle of conducting gunnery training at Grafenw&#246;hr. But he said they will practice marching five to six hours a day this week to make sure they look perfect.