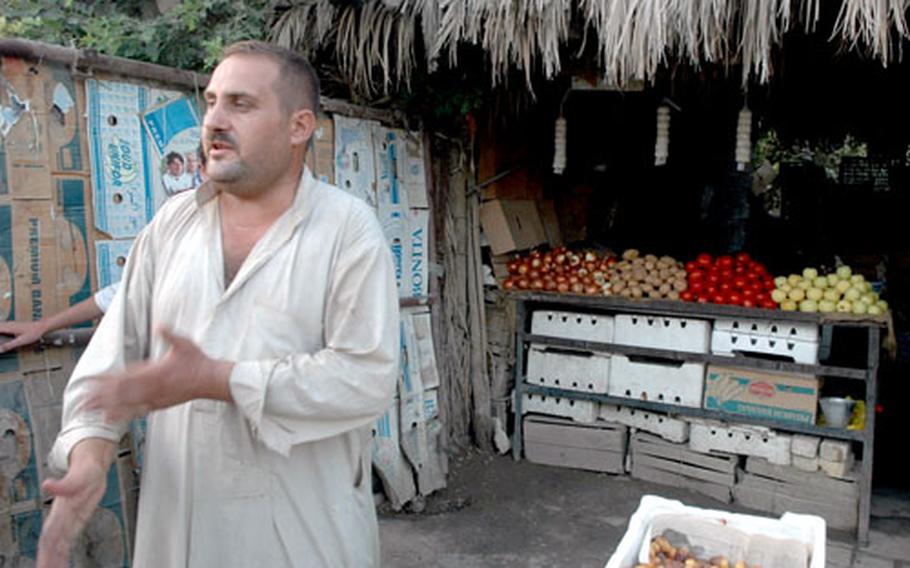 RASHIDIYAH, Iraq &#8212; Ask the same question on different sides of the freeway that runs through this rural area north of Baghdad and you&#8217;ll get vastly different answers.

In the last year, sectarian violence &#8212; which a year ago was rare in this predominantly Sunni area &#8212; has surged significantly, fencing Sunnis and Shiites into increasingly homogenous, and increasingly militant, communities. And the American military sits in the middle, taking hits from both sides.

On one side of the freeway, in Rashidiyah, lives a thriving community of Sunnis, many of whom say they hope for the return of Saddam Hussein and the end of the Mahdi Army and the Shiite-majority Iraqi government.

Across the freeway, members of the smaller, markedly poorer Shiite city of Bub Al-Sham seethe with anger at their Sunni neighbors, who for decades symbolized Iraq&#8217;s powerful elite and oppressed the Shiite majority.

American soldiers from the 1st Battalion, 66th Armor Regiment from the Fort Hood, Texas-based 4th Infantry Division face a frosty reception in both the Sunni and Shiite areas, and are often targeted by roadside bombs or small-arms fire.

But ask in either village who is responsible, and the finger inevitably points the other way.

The resulting scene is like watching identical twins fight over which one is prettier.

Both sides condemn the existence of sectarian militias &#8212; except within their sect. Neither claims any responsibility in the slayings. No one steps up to any of the undeniable atrocities that have scarred the area: American soldiers killed or badly injured by powerful roadside bombs; families pushed out of homes they&#8217;ve lived in for decades; regular gunfights and mortar episodes; and, in one now-defunct Sunni area, an entire village of mud huts burned to the ground with their occupants inside.

The sects have even moved their battlefield to neutral ground, decimating formerly peaceful areas. About a week ago, Sunni and Shiite forces met head-to-head in the small, ethnically mixed Sheik Sa&#8217;ad village. The families in the village picked up and fled.

On a recent evening, as American soldiers toured the area, the streets were eerily quiet, especially unusual as it was dusk during the holy month of Ramadan, when the streets are usually thronged with residents buying food for the evening feast.

Several residents said an interfamily feud started the fighting, though others credit the bombing of the Golden Mosque in Samarra earlier this year as the catalyst. Still others shrug their shoulders when asked about the root of the violence, saying simply, as 50-year-old Bub Al-Sham resident Ali Hassan Alwan did, &#8220;they kill us for no reason.&#8221;

A 33-year-old vegetable seller named Hassan Abu Haider &#8212; who said he was Shiite, but married to a Sunni &#8212; proposed a nonviolent solution.

American soldiers in the area, once sympathetic to Iraqis&#8217; plight, say their hearts have hardened to the factionalism.