Troops in Pacific ‘holding out hope’ after Katrina’s wrath 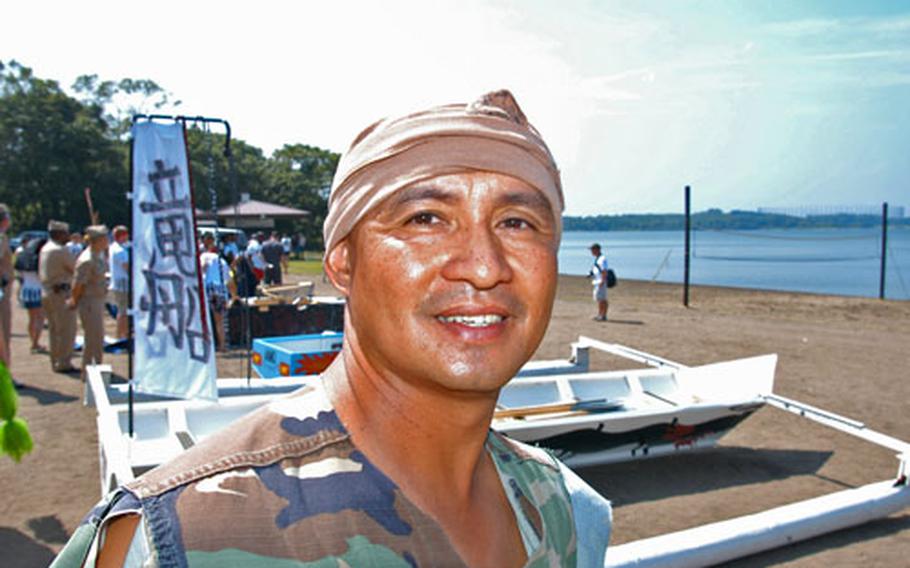 It&#8217;s half a world away, but the devastation caused by Hurricane Katrina last week never is far from the minds of many Pacific-based members of the military community.

Charles Lowe, a New Orleans native who works for the 374th Airlift Wing&#8217;s safety office at Yokota Air Base, Japan, said Thursday his younger sister, Dora, hasn&#8217;t been heard from since Katrina roared ashore two days earlier. She and her two daughters, ages 10 and 7, chose to ride out the storm at a retirement home where she works in the city&#8217;s lower Ninth Ward &#8212; one of the areas floodwaters hit hardest.

Lowe said he and his wife, Regina, are on the phone every day, desperate for updates.

Lowe also spoke to Dora by phone every hour as Katrina made landfall &#8212; until all communication was cut.

The continuing inability to reach folks at home is wearing on family members overseas.

Fland and her husband, Chris, have been unable to contact more than a dozen family members since the storm hit Bogalusa.

She was on the phone with her brother as the storm approached when the line went dead.

Some may count Chief Petty Officer Edward David, an engineering aide chief at Naval Air Facility Misawa Public Works in northern Japan, as lucky: His family is safe in the Philippines.

He&#8217;s thankful for that. But his property was directly in the path of Katrina&#8217;s fury and he fears he lost almost everything.

His single-story brick house in Gulfport, Miss., one he bought more than a decade ago while stationed at the Seabees&#8217; Naval Construction Battalion Center there, was near where a 30-foot storm surge barreled ashore, leaving a swath of destruction.

David hasn&#8217;t been able to reach the renters or any of his friends who live in the area.

Being thousands of miles from family, friends and familiar places in Katrina&#8217;s wake isn&#8217;t easy for troops here.

Second Lt. Christopher Bush at Kunsan Air Base, South Korea, has heard that most of his immediate family evacuated their home in the New Orleans suburb of Metairie and was safe &#8212; except for an aunt and uncle still unaccounted for Thursday.

Bush said the plight of his family and others in the storm-ravaged region weighs heavily on him.

Army Reserve family members and soldiers affected by Hurricane Katrina now have a way to contact the Army Reserve through a call center.

The number is (877) 464-9330. Phones will be manned 24 hours a day. Operators will take down information to aid deployed Army Reserve soldiers in determining the status and whereabouts of their families affected by Hurricane Katrina.

The U.S. Navy has established a 24-hour help line for family members seeking information about sailors caught up in Katrina, a Navy spokesman said.

The number also will allow sailors who had to evacuate to let their command know where they are, said Navy Lt. Herb Josey.

In addition, the Department of Veterans Affairs (VA) has set up a toll-free number for veterans who normally receive health care at VA facilities in New Orleans, Gulfport, Miss., and Biloxi, Miss. The number can also be used by family members concerned about the location of veterans who were hospitalized at those facilities. The Gulfport facility has been closed, and the New Orleans medical center has been evacuated.The Biloxi facility is still operational.