Troops in Kirkuk try to combat corruption among Iraqi force 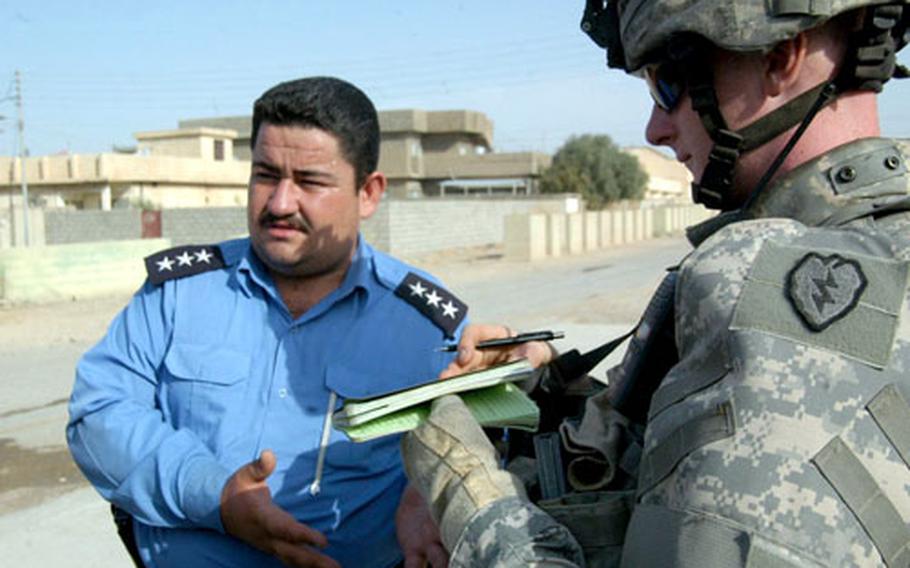 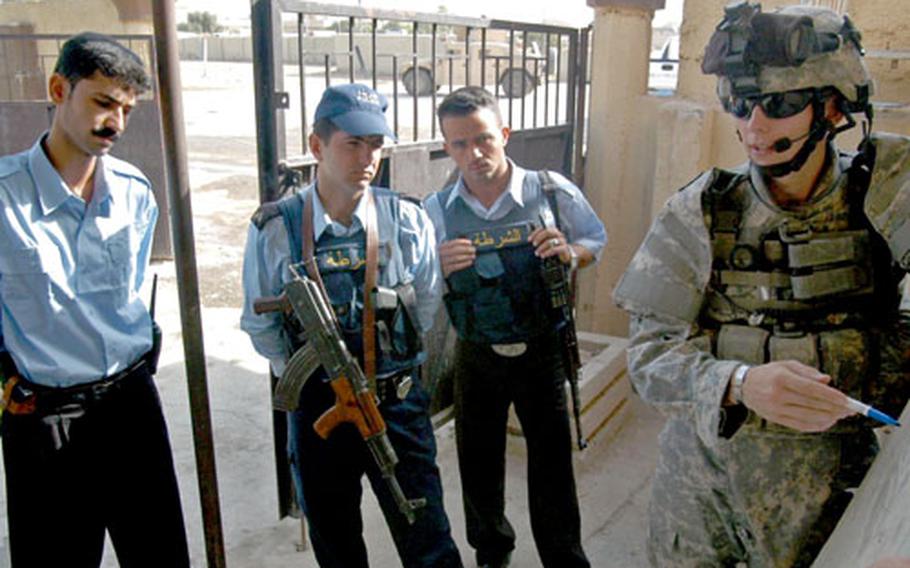 Sgt. Andrew Wilson, of Company C, 2nd Battalion, 35th Infantry Regiment, stationed in Kirkuk, teaches a group of Iraqi police how to respond to a roadside bomb if attacked while in a convoy in the city. Policeman Haresh Maroof, far left, said the American training has helped the local force. (Ben Murray / S&S) 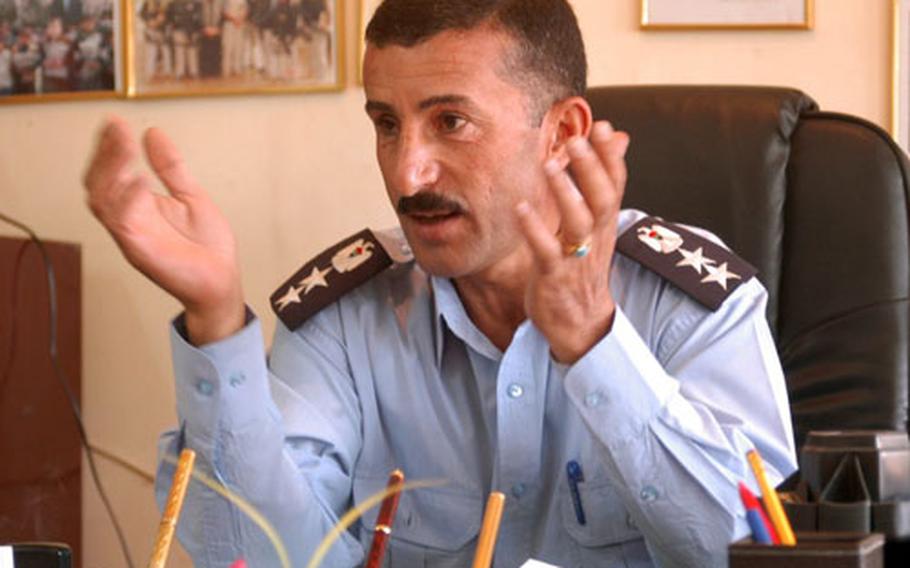 Col. Sherzad Marif Ahmed, commander of the Aruba police station in Kirkuk, outlines the shortages his department suffers due to intimidation by insurgents. (Ben Murray / S&S)

KIRKUK, Iraq &#8212; By most accounts, the Iraqi police force in Kirkuk is still a work in progress.

One reported scam involves police in charge of gas stations who take bribes to let people jump lines in which hundreds of people wait hours, sometimes days to get fuel, Washburn said.

It mainly involves only a minority of officers, he said, but it&#8217;s the type of petty corruption that undermines the police force&#8217;s authority in the city, he said.

Battling that lack of credible police authority in this northern oil hub of about 775,000 people is one of the main objectives of the recently arrived 2-35 Infantry Regiment.

U.S. soldiers around the city visit many of the police stations daily to check on local departments, talk with cops about recent events and ongoing problems, and take them on patrols to teach them by example.

On Monday, soldiers with Company C of the 2-35th &#8220;Cacti&#8221; visited the Aruba area Iraqi police station, where soldiers gave the members a chalkboard lesson on how to react to bomb attacks, then took them out on a joint patrol into the community.

They also face a mountain of problems.

As in many parts of Iraq, they are targets. In mid-September, police suffered a wave of bombings that killed more than 20 people in a single day in a city struggling with sectarian strife due to its mixed Kurdish, Arab and Turkomen populace.

Threats and intimidation to police are not new in Iraq. As soldiers arrived at the Aruba police station Monday, for instance, Col. Sherzad Marif Ahmed called Washburn in to ask for his assistance because one of his best officers had found a death threat at his home that morning.

The police commander then embarked on a long, impassioned plea for assistance from the U.S. government, saying his force was so depleted from people leaving their jobs that he was ready to resign himself.

One day earlier at the Azadi police station in Company B&#8217;s sector, 1st Lt. Michael McCave made good on a promise to spot-check a local police payroll officer for an estimated $900 he was supposed to hold in a safe at the station.

The officer couldn&#8217;t provide the money, nor had he instituted a system for securing detainees&#8217; possessions that McCave asked him to use.

&#8220;While I&#8217;m here, I&#8217;m not going to deal with this [expletive],&#8221; McCave told the officer. McCave said he had been told Azadi officers had extorted money from locals, and challenged the officer to report internal corruption rather than let it continue.

Despite the challenges, soldiers like Washburn say they still see the training of a professional Iraqi police force as the way forward for the U.S. in Kirkuk.

While the Iraqi army largely leads operations outside the city, it&#8217;s American forces who plan and execute most of the patrols and raids inside it.

The next step, Washburn said, is getting the locals to take over that responsibility.

As a bright spot, many police have a good understanding of how to run a department, Washburn said, which is something U.S. forces can build on.