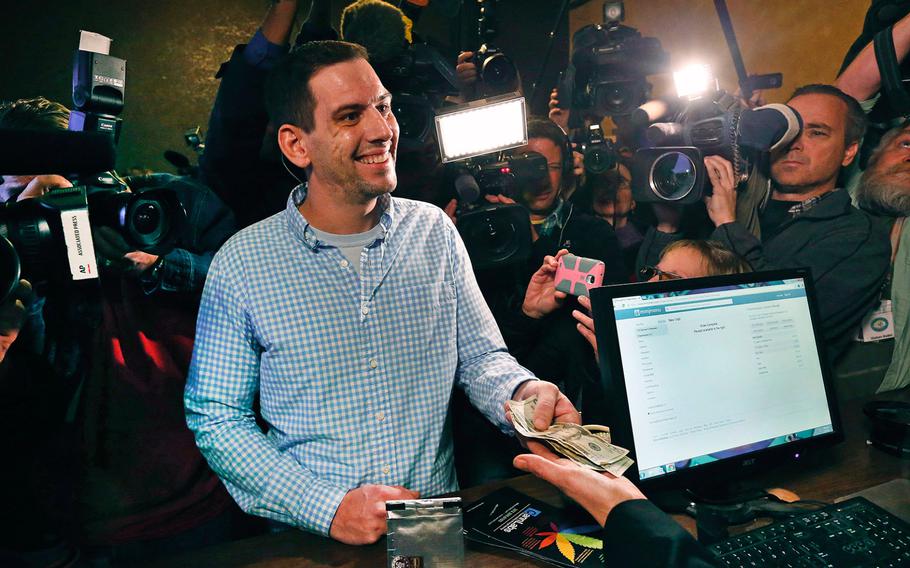 Sean Azzariti, a former Marine who served in the Iraq war and has post-traumatic stress disorder, smiles as he makes a cash transaction, the first to buy retail marijuana at 3D Cannabis Center, which opened as a legal recreational retail outlet in Denver, on Wednesday, Jan. 1, 2014. (Brennan Linsley/AP)

Sean Azzariti, a former Marine who served in the Iraq war and has post-traumatic stress disorder, smiles as he makes a cash transaction, the first to buy retail marijuana at 3D Cannabis Center, which opened as a legal recreational retail outlet in Denver, on Wednesday, Jan. 1, 2014. (Brennan Linsley/AP) 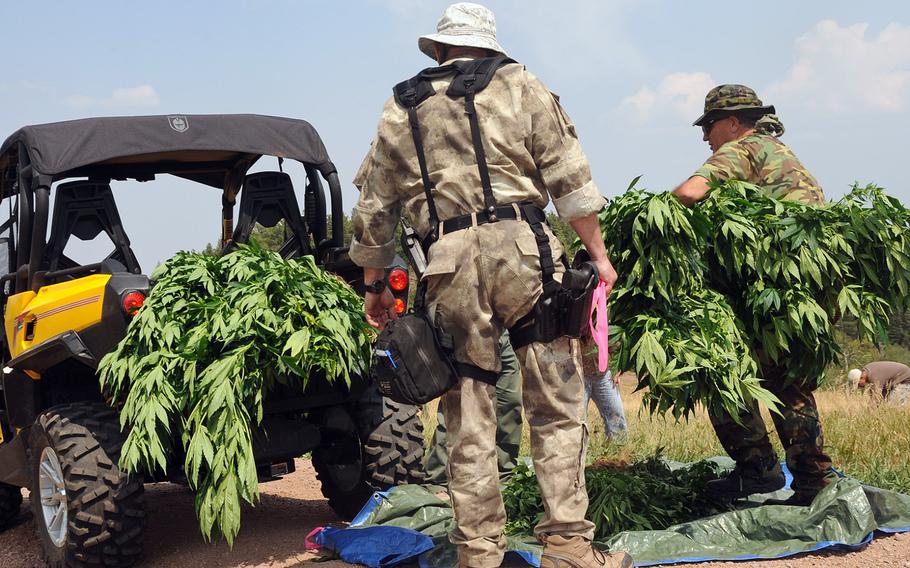 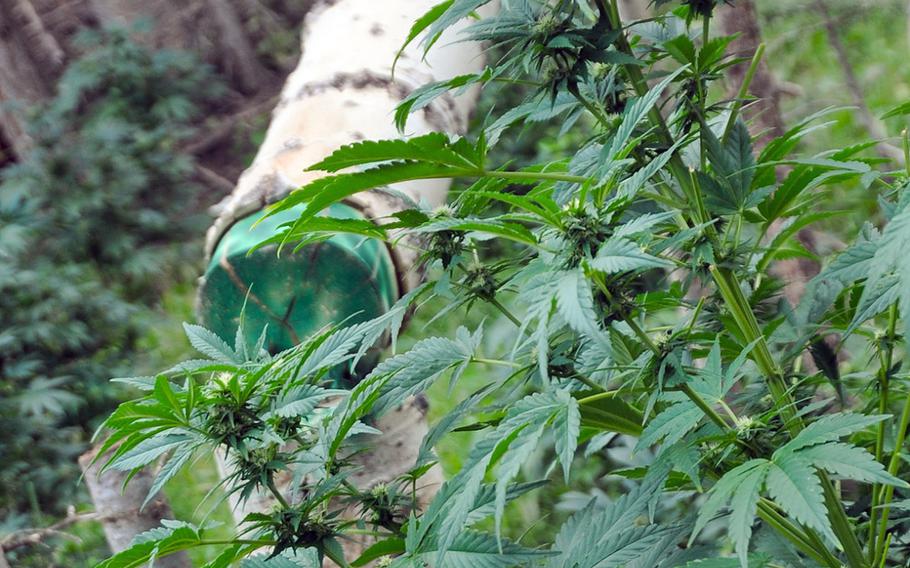 Defense Department officials are reminding troops stationed there or visiting on leave that military rules still prohibit marijuana use, regardless of the local laws. Random drug tests remain in effect, and troops caught with drugs in their possession or their system face possible loss of security clearance and dismissal from the service.

On Wednesday, the first retail stores to legally sell marijuana for recreational use opened in Colorado. The first buyer was Sean Azzariti, an Iraq War veteran and marijuana activist who has said the drugs help mitigate his post-traumatic stress disorder.

State officials estimate that legalized marijuana will bring in roughly $40 million in new tax revenue in 2014, while drug decriminalization activists have hailed the new law as the first step in a nationwide push for legalization.

Marijuana use or sales is still illegal under federal law. But Department of Justice officials have said they will leave enforcement of Colorado’s drug laws up to local officials for now.

Earlier this year, Air Force officials warned that servicemembers “now need to be particularly vigilant to avoid entangling themselves in situations where Colorado civilians may be recreationally using marijuana in their presence.”

Problematic situations include sharing off-base housing with recreational pot users and visiting stores where the drug is sold, officials warned.

“The mission of the U.S. Air Force is of paramount importance, and airmen who use marijuana are neither prepared nor suited to carry out that mission,” the release said.

The new Colorado laws also allow citizens to cultivate a small amount of marijuana in their homes. Defense officials won’t allow that on base either.

The Colorado laws aren’t the only problematic situation for military officials. Washington state is expected to become the second state to allow sale of marijuana for recreational use later this spring. Defense officials have already warned troops there that those state law changes will not alter military rules regarding drug use.