Troops in Afghanistan take out their frustrations on the dodgeball court 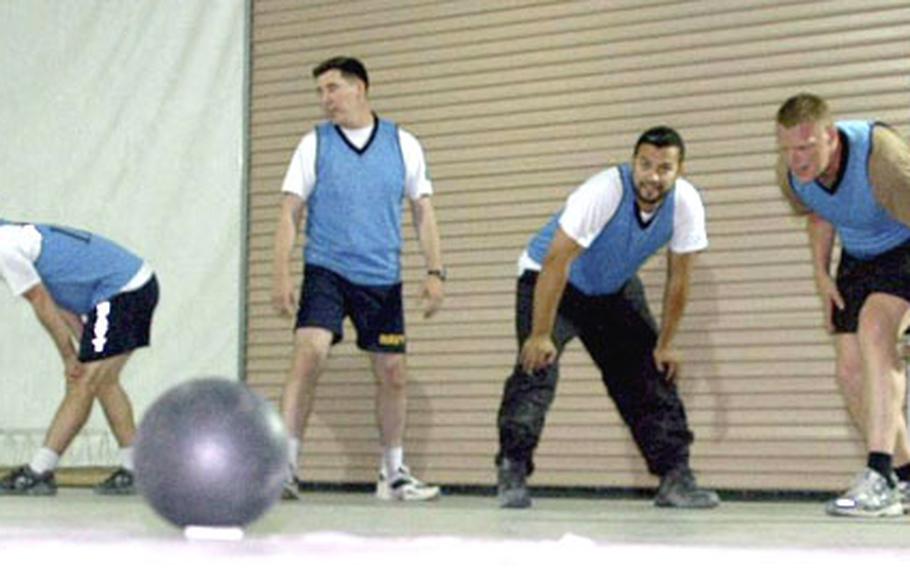 Members of the C-J6 team ready for the start of another round of competition in Camp Eggers’ dodgeball league. The 12-team league has been a welcome distraction for troops at the Afghanistan base. (Leo Shane III / S&S)

Members of the C-J6 team ready for the start of another round of competition in Camp Eggers’ dodgeball league. The 12-team league has been a welcome distraction for troops at the Afghanistan base. (Leo Shane III / S&S) 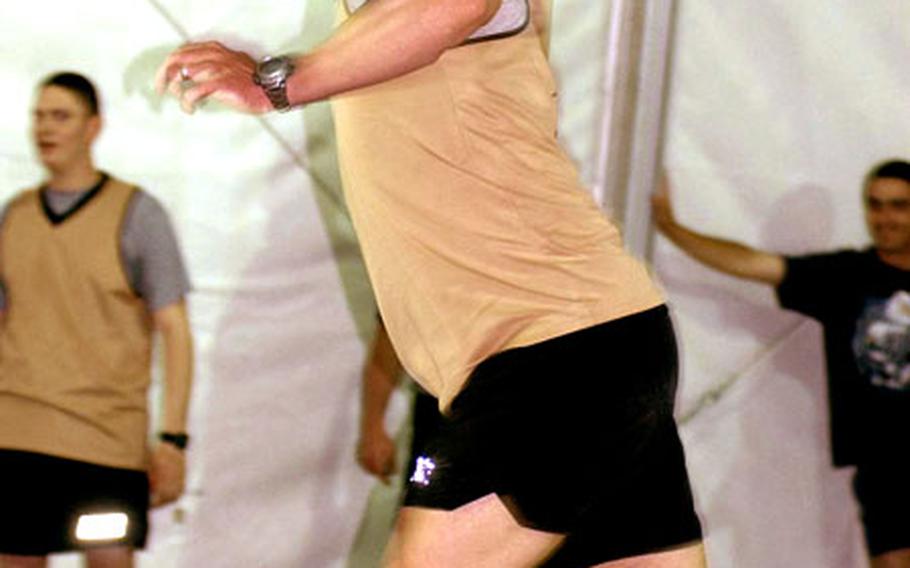 CAMP EGGERS, Afghanistan &#8212; The noises were so loud troops could hear them from halfway across the camp.

First came a loud smack, followed by a yelp. Then came a roar of &#8220;ooohs&#8221; and catcalls. Then more thumps, more screams, and thunderous applause.

Welcome to the fiercest fight on base: the new camp dodgeball league.

And with all due respect to the television dodgeball circuit, you haven&#8217;t seen extreme dodgeball until you&#8217;ve seen soldiers in a combat zone go headhunting with inflatable rubbers balls.

The 12-team league held the third week of its season on Wednesday night, pitting squads of U.S. and international troops against each other. Nearly 100 players participate in the league and about as many watch the games, impressive for an installation with only about 1,000 troops.

Those involved said the one-time children&#8217;s game is a welcome distraction from the grim reality in other parts of the country.

Organizers have provided a schedule to fit in as many competitions they can each Wednesday and Saturday night, and field teams of referees to make sure everyone plays fair.

One of the line judges, Sgt. Ana Huerta of the Army&#8217;s 315th Engineer Battalion, said those volunteers have the toughest job: making sure all the troops play fair while trying to keep from getting smacked in the head themselves.

Games last only a few minutes but always involve plenty of noise and more than a few bruises. Matches are best of seven or 11, depending on how much punishment the teams want.