Troops happy but skeptical as US military suspends off-base curfew in S. Korea 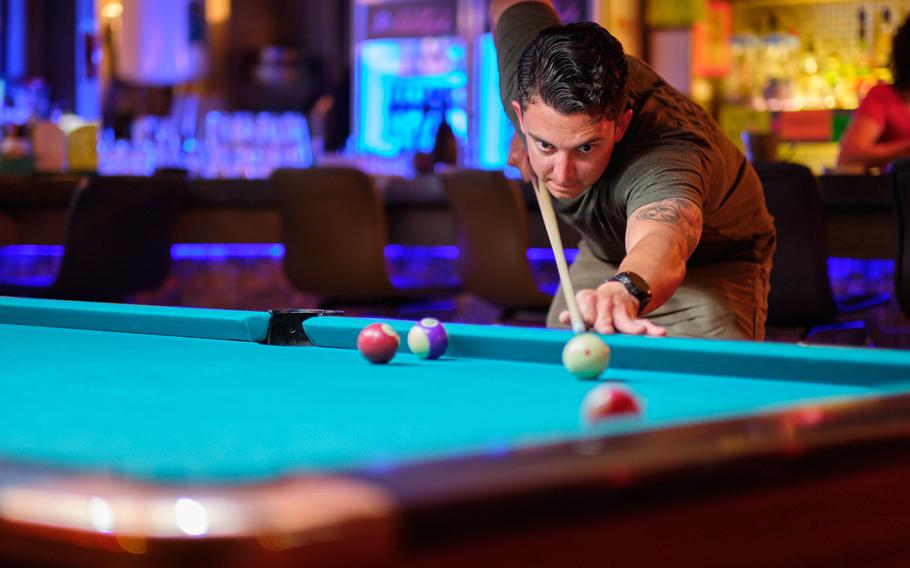 CAMP HUMPHREYS, South Korea — The decision to temporarily lift a long-reviled curfew for American troops in South Korea on Monday came just in time for Lt. Col. Junel Jeffrey to cross midnight market shopping in Seoul off her bucket list.

The 2nd Infantry Division public affairs officer, who is scheduled to transfer back to the United States next month, couldn’t go before because the curfew required all servicemembers to be back on base or inside their residences or hotel rooms by 1 a.m.

The division pushed that back to midnight for its soldiers last year.

“For these young folks, they’re ready to go to clubs and all of that,” Jeffrey said after the suspension was announced on Monday. “I’m not into clubs, but I will do some shopping. I’m really excited about that.”

U.S. Forces Korea, which oversees some 28,500 U.S. servicemembers on the divided peninsula, lifted the four-hour curfew for 90 days following a policy review ordered by the commander, Gen. Robert Abrams.

“The suspension will serve as an evaluation period … and is an opportunity to demonstrate USFK’s ability to maintain good order and discipline at all times and under all conditions,” provost marshal Col. Jonathan Doyle said in a statement. “Our professional servicemembers will act in accordance with our standards and Korean laws at all times.”

The reprieve will last until Sept. 17, at which time the commander will decide whether to continue the evaluation period, maintain or rescind the off-installation curfew depending on troop behavior, morale and readiness factors, USFK said.

Soldiers and airmen reacted with glee but also skepticism that it would last. Some placed bets on social media about which branch of service or unit would do something to trigger its reinstatement.

“I actually didn’t believe it. When I first heard, I thought there is no way, people out here are too crazy,” said Sgt. Akeyla Richardson, who is assigned to the 563rd Medical Logistics Company. “Now that it has finally happened, I just hope no one messes it up for the rest of us.”

USFK said the decision to suspend the curfew, which has been in effect in various iterations since 9/11, was aimed at improving morale and making South Korea a more attractive assignment, as well as giving servicemembers a chance to see more of the country.

Spc. Jacob Couillard, who is assigned to the 3rd Armored Brigade Combat Team, 1st Armored Division at Camp Humphreys, said the decision would allow soldiers to go out and explore.

“I can now travel and not have to worry about leaving early to come back,” he said, stressing the need to “just take care of yourself and be mature about it.”

Some expressed concern about the effect on readiness and the ability to muster as required on the peninsula where commanders tout the need to be “ready to fight tonight” with North Korean forces and artillery poised just across the heavily fortified border.

Soldiers will still have to be ready for emergency deployment readiness exercises, known as EDREs, he added.

“We get called back and have to be in full battle rattle within the next two hours and report for accountability,” he said.

Doyle said the mandate for military readiness remained a top priority for the command. “We are a professional military charged with the defense of the Korean Peninsula,” he said.

The curfew, also called a readiness recall, has long been an unpopular feature of military life in South Korea.

But it was reimposed after several months amid outrage over two high-profile rape cases involving American soldiers and was extended indefinitely in its recent form in January 2012.

It applied to all servicemembers in South Korea except for those attached to the U.S. Embassy or Joint U.S. Military Affairs Group-Korea. Violations were subject to punishment under the Uniform Code of Military Justice.

Civilians and contractors working for the Defense Department were highly encouraged to abide by the policy.