Troops half a world away watch children graduate 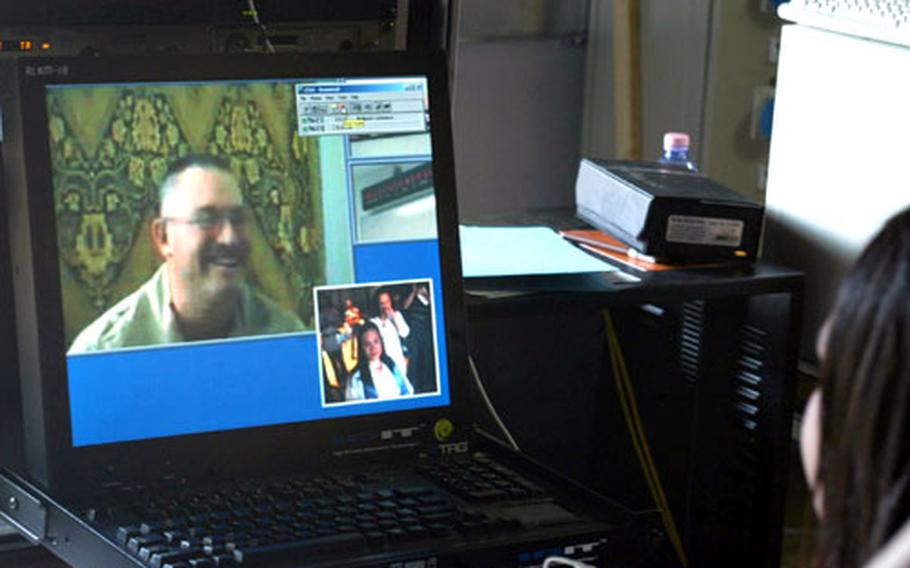 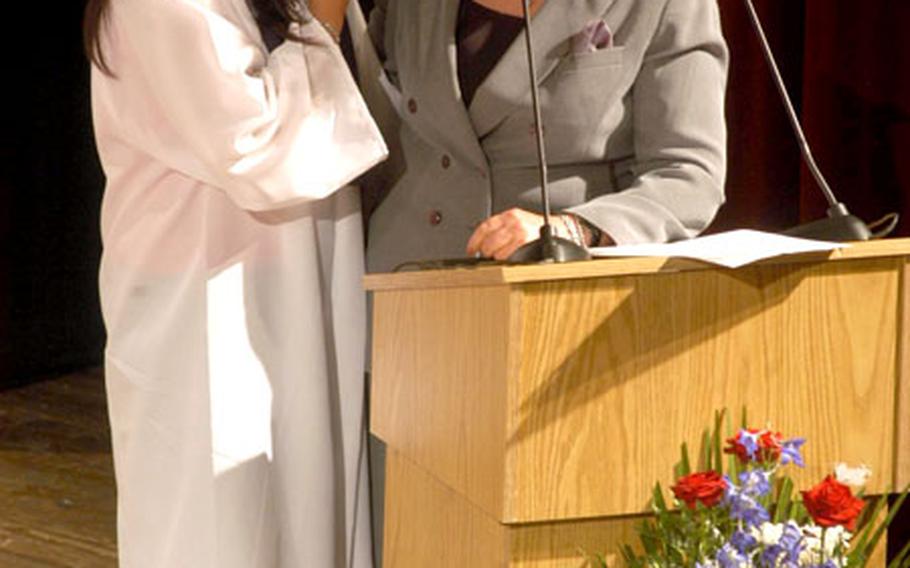 Sade Booten tries to keep her emotions in check Saturday as Dee Oleson, a school counselor, reads a message from Booten’s father during the graduation ceremony. (Kent Harris / S&S) 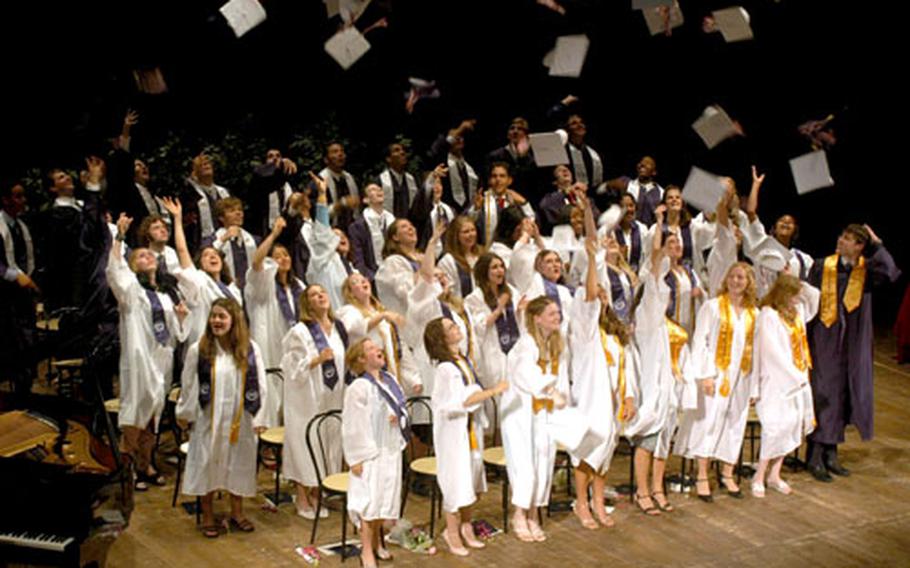 Forty-nine caps go into the air Saturday as the Aviano High School Class of 2005 celebrates the end of graduation at the Teatro Zancanaro in Sacile, Italy. (Kent Harris / S&S)

Sade Booten felt that way a little too much Saturday.

Senior Master Sgt. Bobby Booten is deployed to Afghanistan with other members of the 603rd Air Control Squadron. But he got to watch the ceremony live in Afghanistan, thanks to a military initiative that paired Army communication experts and private contractors to give deployed parents the chance to see their children graduate in Europe. Most of the graduation ceremonies are this weekend or Monday.

At Aviano, Sade Booten was the only one of 49 graduates with a deployed dad.

Lt. Col. Richard Kempf, commander of the Vicenza-based 509th Signal Battalion, was one of a handful of active-duty personnel on hand to make that hookup happen. Two contractors from Switzerland were also there.

Kempf said signal units across Europe put in extra hours over an extended weekend to broadcast ceremonies. His guys had just attended a graduation in Naples and are set to do it again in Vicenza on Monday night.

Christof Maas, an employee of World-Television &#8212; a London-based company that specializes in digital broadcasting &#8212; said he had filmed three ceremonies in Germany and Naples in as many days.

Senior Master Sgt. Booten had a good show to watch. He and those gathered in the venerable Italian theater a short drive west of Aviano saw a handful of students, and one of their mothers, come to the microphone to share laughs and at least one emotional moment.

Salutatorian Bobby Keeling pointed out that many of Sade&#8217;s classmates knew how she was feeling because they&#8217;ve all grown up in an environment where at least one parent is often gone.

Dee Oleson, a school counselors, read a message from Booten to his daughter before she picked up her diploma. Both had trouble fighting back tears.

Page, serving both roles, told the assembled parents that they should be proud, while urging the graduates to continue to make them feel that way. Her daughter, Evin, was class president.

And Susan Page and Principal Doug McEnery were made honorary members of the class &#8212; then given T-shirts to prove it.