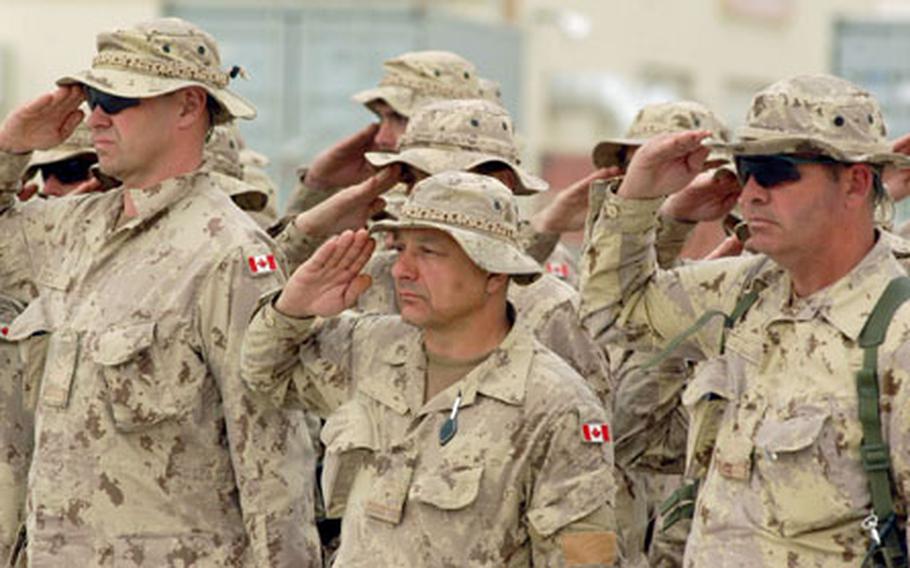 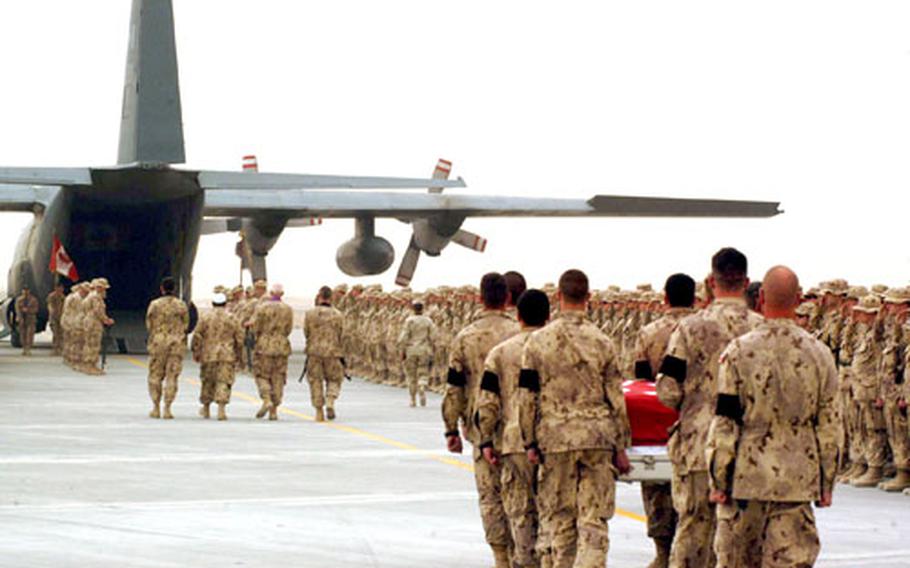 Cpl. Paul Davis, 28, was killed Thursday in a vehicle rollover about four miles west of Kandahar.

Maj. Marc Theriault, a Canadian spokesman, said Davis was traveling in a &#8220;light armor vehicle 3&#8221; when a local taxi swerved into its path. In trying to avoid a collision, the Canadian vehicle swerved into a ditch and turned over.

Davis was treated at the scene and then flown by American helicopter to Kandahar Airfield, where he was treated by Canadian personnel who have recently taken over the base medical facility. Efforts to resuscitate him were not successful.

Theriault said several other soldiers and a local translator were injured. The more seriously injured Canadians were flown to Landstuhl Regional Medical Center in Germany for treatment. The translator&#8217;s injuries were not serious enough to require treatment outside the country.

Theriault said he believed two people in the taxi had received injuries, but said local authorities would have to provide more information.

Davis, from Bridgewater, Nova Scotia, leaves behind a wife and two daughters. He was a member of the 2nd Battalion, Princess Patricia&#8217;s Canadian Light Infantry.

More than 2,000 of his fellow Canadians lined up on the runway on base Friday, offering salutes as his coffin was carried onto a waiting aircraft. About half that many American personnel stood beside them along with large contingents from Romania and France. Representatives from several other countries that form Task Force Aegis also attended.

American military policy prohibits media from taking pictures during such ceremonies, but the Canadians invited several media members to take pictures from a &#8220;respectful distance.&#8221;

Canadian chaplain Harry Crawford, accompanied by fellow chaplains of various faiths, walked out to meet the coffin and offered a few words.

&#8220;For those of us who knew him, our sadness over his death is only tempered by the man he was and the memories he will leave with us,&#8221; Crawford said, before laying his hand on the flag-draped coffin and offering a prayer.

More Canadians were wounded in an attack just south of Kandahar on Friday. Theriault said the incident is still under investigation, but it appeared a roadside bomb was detonated as a convoy passed by.