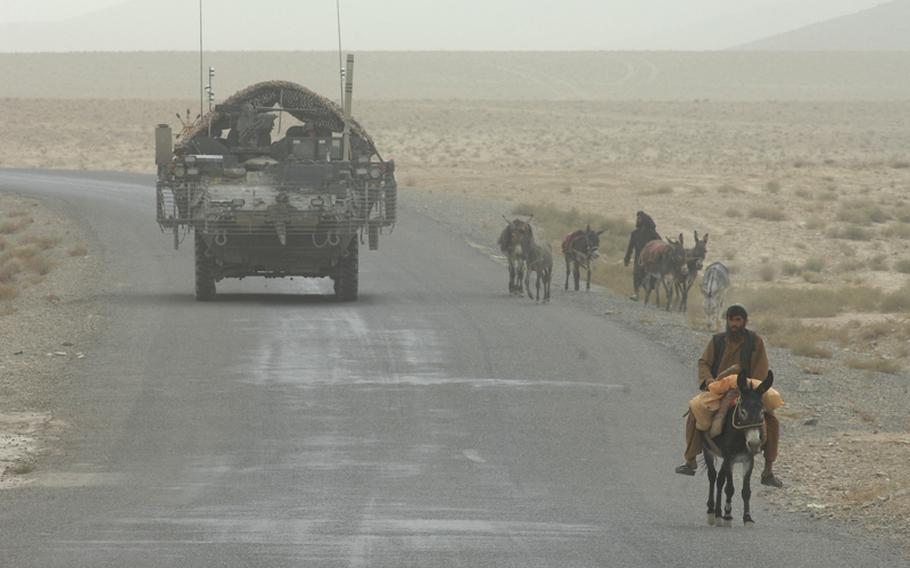 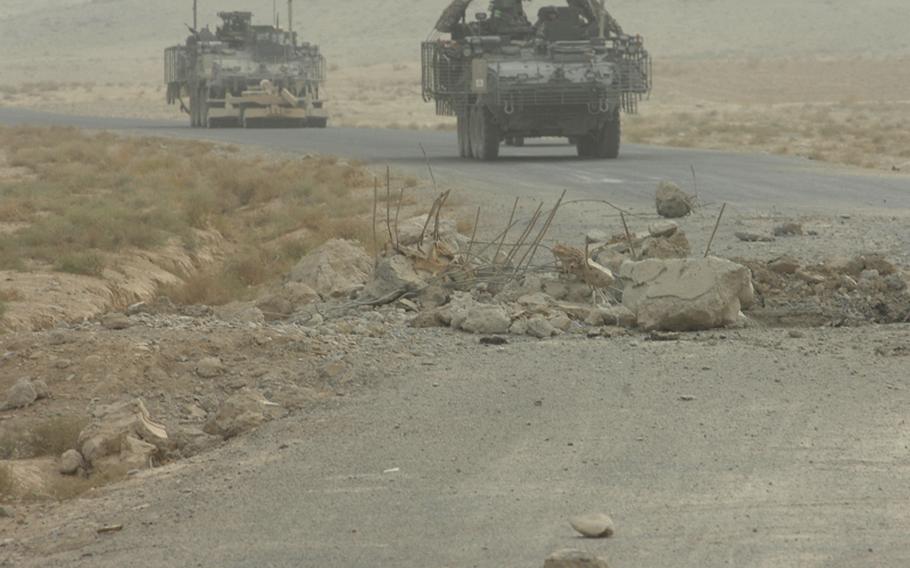 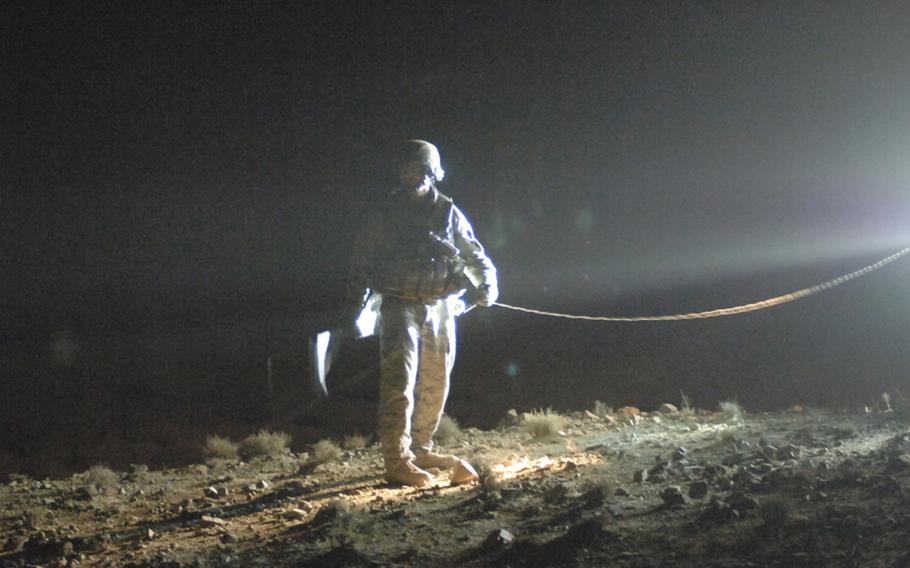 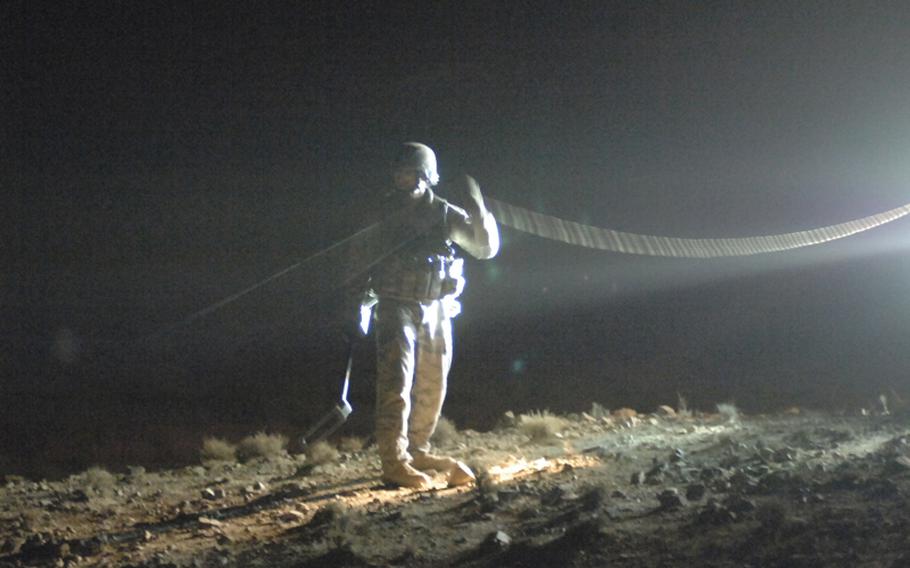 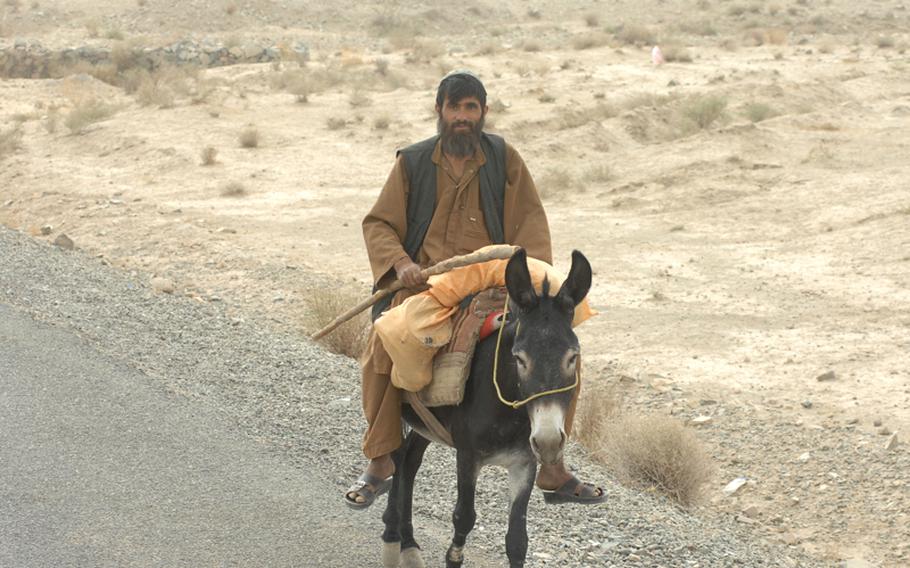 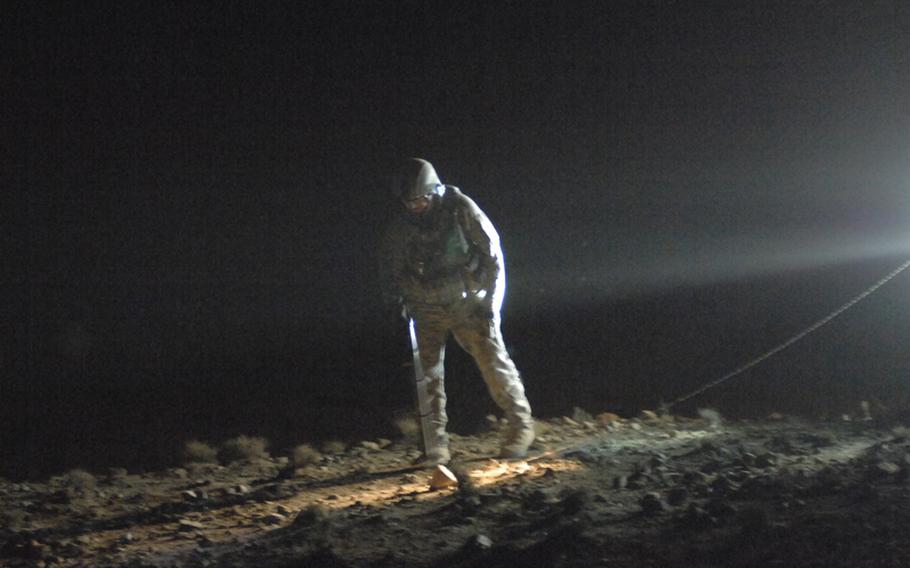 KANDAHAR PROVINCE, Afghanistan &mdash; On this night, Sgt. Jacob Monelo and his fellow soldiers had the job few others would want.

Monelo was laboring in the lunar-like landscape, tugging the end of a command wire and rolling it up around his arm.

The wire was long. And in the darkness, lit only by their armored vehicle, reaching the end was taking an agonizingly long time.

The 40-pound homemade bomb attached to one end of it was no longer a problem. Soldiers blew it up in an orange flash, filling the air with smoke and dust.

But what was on the other end of the wire?

Monelo, part of an Air Force explosives ordnance disposal team, had to find out.

&ldquo;I wouldn&rsquo;t want to be EOD,&rdquo; said Staff Sgt. Shaun Carter, 31, of New York City, who was still at risk in a Stryker armored vehicle ahead of Monelo. &ldquo;It wouldn&rsquo;t be me winding up no wire.&rdquo;

Alerted by a boy

It started with a tip from a young shepherd. Soldiers had made friends with him, offering him a taste of their field rations while he tended his flock beside their checkpoint.

So when the boy spotted a suspicious wire beside the road late last week, he hitched a ride to the nearest U.S. base to report what he&rsquo;d found.

Dust storms had given the Taliban cover for planting roadside bombs for much of the week. The winds were still blowing when the shepherd showed up at Forward Operating Base Frontenac. Soldiers here guard Route Bear, the road linking Kandahar city and Tirin Kot, the capital of Uruzgan province to the north.

Dusk fell as the young shepherd guided them north toward the wire; he would get a cash reward for his efforts. They passed a 6-foot-deep crater blown in a road Monday by a bomb packed with 300 pounds of fertilizer-based homemade explosive. It had destroyed one of the squadron&rsquo;s Strykers and injured two soldiers.

When they reached the wire, they quickly traced it to a makeshift bomb made of several plastic containers filled with explosive. The 2nd SCR troops huddled down in their Strykers as EOD airmen set it off.

Then Monelo, 35, of Sacramento, Calif., started rolling up the wire attached to the bomb. What can be learned must be learned in this environment. What the insurgents use as a triggering device, where they set up the observation position, even the type of wire they use can be instructive.

The wire was too long and too well buried to be pulled from the ground, so Monelo had to move farther and farther from the road as he tugged sections of wire out of the dirt, wrapping it around his arm as he went.

Soon Monelo &mdash; with an MRAP behind him and the Stryker vehicle ahead of him for extra security &mdash; was hundreds of yards from the road, following the seemingly endless strand.

&ldquo;I don&rsquo;t really get scared,&rdquo; the father of two who is based in Misawa, Japan, said later. &ldquo;It is more that I&rsquo;m focused.&rdquo;

Each time the Stryker lurched forward, the soldiers inside held their breath, thinking that the wire might be luring them into an ambush or secondary bomb. Two stood in the hatch, watching Monelo and talking nervously while scanning their surroundings with night-vision goggles.

&ldquo;This is crazy,&rdquo; Carter said as the Stryker pitched into a gully.

Spc. Abdirahman Abdul, 30, covered his radio&rsquo;s microphone. &ldquo;They&rsquo;re scared,&rdquo; said Abdul, who came to the U.S. from Somalia at 16 and joined the Army four years ago.

&ldquo;These Afghan villagers, with their donkeys and goats. I was living like that in Somalia and now look at me with all this technology,&rdquo; he said, referring to his goggles.

The Stryker crew knew they needed to be alert. They had survived one ambush soon after they had arrived, when a group of Taliban attacked them with a rocket-propelled grenade.

Finally, the wire started to give. Monelo had found the end and started sweeping the area with a metal detector.

Monelo was a third of a mile from the road, and his arms were exhausted.

It had been a half hour of wandering through the darkness, pulling the wire, not knowing what lay ahead.

&ldquo;Finally,&rdquo; exhaled one of the men in the Stryker before the vehicle turned back to the highway.