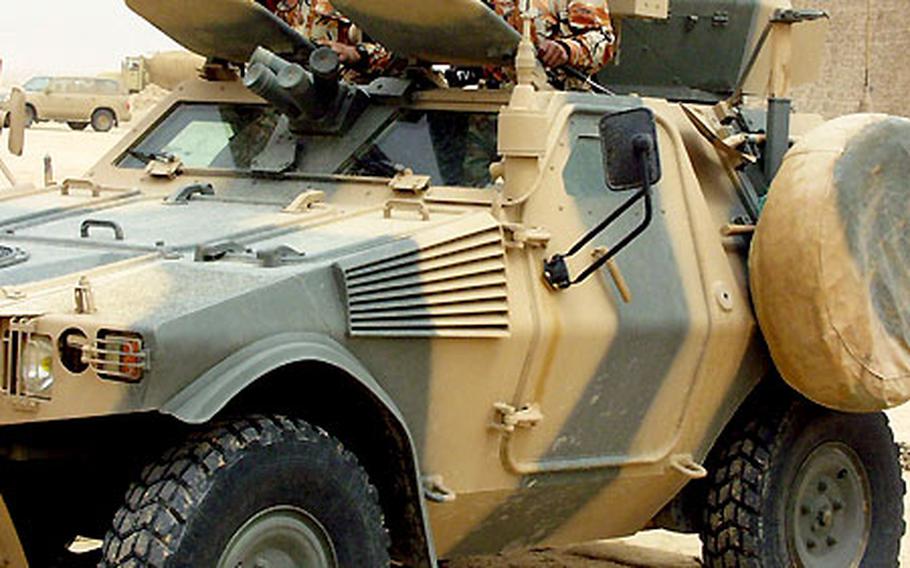 Standing guard near the Iraqi border, a group of Kuwaiti soldiers are part of Peninsula Shield, a coalition of six Arab countries in the Persian Gulf region that is protecting Kuwait. (David Josar, S&S)

Standing guard near the Iraqi border, a group of Kuwaiti soldiers are part of Peninsula Shield, a coalition of six Arab countries in the Persian Gulf region that is protecting Kuwait. (David Josar, S&S) 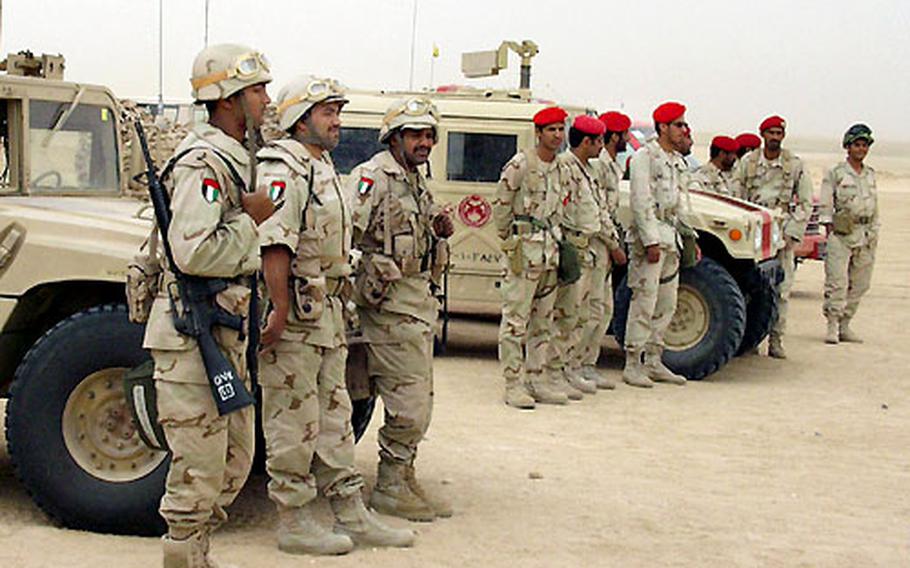 IN THE KUWAIT DESERT &#8212; No Arab nations have provided troops in the battle to disarm Iraq, but six countries have deployed forces near the Kuwait-Iraq border to defend against any Iraq counterattacks.

Counterattacks over the past week have included several Scud missiles launched into northern Kuwait. However the Persian Gulf state force &#8212; known as Peninsula Shield &#8212; played no part in shooting down the Scuds, a task left to the batteries of U.S. Patriot missiles in the country.

But the force&#8217;s presence shows the importance the Gulf states place on maintaining their security ties to one another &#8212; and to the United States and Britain &#8212; as Washington wages war with Iraq.

The GCC, mostly a political and economic organization, set up its Peninsula Shield force in the wake of the 1990 Iraqi invasion of Kuwait. The current crisis is its first wartime deployment.

&#8220;They are in the north side of Kuwait. They have an area of responsibility side by side with the Kuwait armed forces. [They have] a defensive position, like the Kuwaiti forces. They have air defense systems for defending themselves,&#8221; al-Mulla said

The force is a significant reinforcement for Kuwait because the emirates&#8217; own military has only some 20,000 soldiers. By contrast, combined U.S. and British forces in the region total about 300,000, while Iraq&#8217;s army numbers several hundred thousand.

The effect of Peninsula Shield is hard to gauge.

He said they would need orders from the Kuwaiti minister of defense before launching a counterattack.