Troops from Republic of Georgia train for Iraq tour 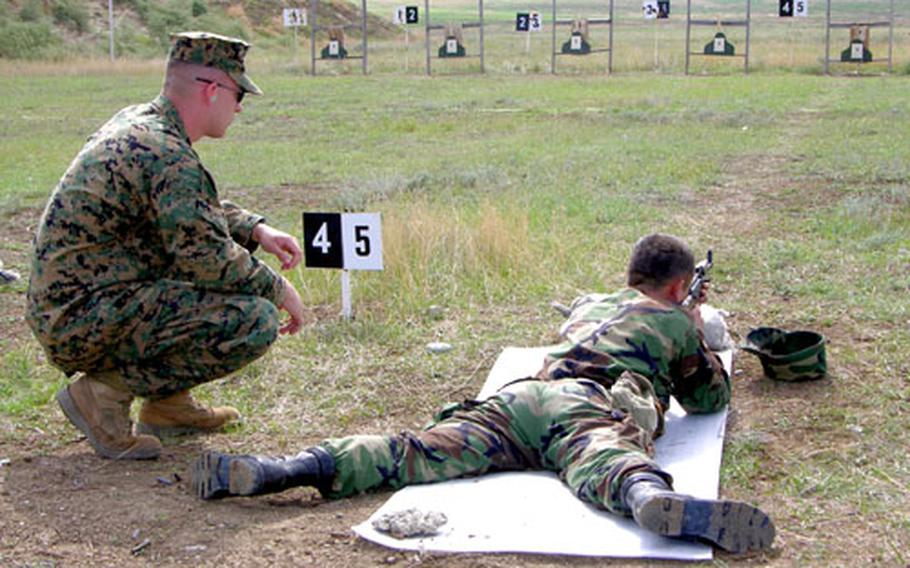 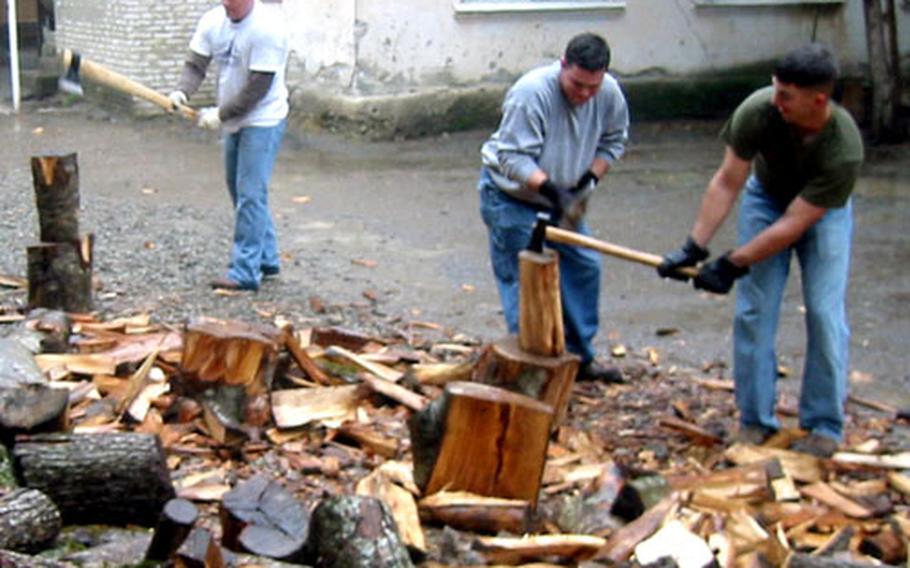 U.S. forces will wrap up their training of Georgia&#8217;s 22nd Light Infantry Battalion from Saturday through Dec. 10 with an exercise to capture an airfield, launch into peacekeeping and raid a terrorist facility using live grenade launchers, mortars and small arms.

The four-month program at Krtsanisi National Training Center near Tbilisi is to prepare about 550 Georgian soldiers for a tour in Iraq. According to the Americans, they seem ready.

&#8220;These are very tenacious fighters,&#8221; said Marine Maj. Melvin Chapman, commander of the 54-troop, Marine-led task force. &#8220;They understand the spirit of war-fighting. They&#8217;re dedicated, and they understand their mission and why they joined the service.&#8221;

The exercise will cap off the second round of the Georgia Sustainment and Stability Operations Program. The Georgians have been trained in duties such as checkpoint safety, car and personal searches and fighting.

Weapon safety will be paramount during the live-fire exercise, according to Staff Sgt. Adam Ruiz, who oversees the firing of munitions ranging from small arms to 120 mm shells.

&#8220;[Safety] is the hardest thing for foreign fighters to understand,&#8221; Ruiz said. &#8220;They&#8217;re so accustomed to having weapons on them all the time. We try to teach them muzzle awareness and positive control of the weapon. It seems in Third World countries they don&#8217;t see it as dangerous and will point the weapon [at somebody].

Since the location is remote, full surgical capabilities were brought in, according to Dr. (Lt. Cmdr.) Mark Duncan of the Pensacola Naval Hospital.

They&#8217;ve provided CD-ROMS and encouraged the Georgians to continue their medical training during their six-month tour in Iraq.

&#8220;The biggest challenge for them will be language issues,&#8221; Duncan said. &#8220;They&#8217;ll be incorporating themselves into the upper echelons of medical care there, which is predominately American and Iraqi.&#8221;

The U.S. troops have had to work to communicate &#8212; languages spoken at the training center are Georgian, Russian, Turkish, Azerbaijani, Armenian and English.

Like with many Eastern bloc militaries, in the Georgian military there were officers and then everyone else. Historically, noncommissioned officers didn&#8217;t play a lead role.

So for the first few months, the rank-and-file and officers trained separately. Their NCOs were empowered to lead small teams, while the officers learned about tactics and unit leadership. They were then slowly reintegrated into one battalion.

The Georgians also were taught that while in Iraq they&#8217;ll be expected to be both fighters and peacekeepers, to engage the enemy with deadly force and innocent civilians with professionalism, according to Marine 1st Lt. Robert Ingham, officer in charge of one of the task force teams.

Most of the U.S. troops will make it home for Christmas, including Air Force Staff Sgt. Rafael Meneses of the Ramstein, Germany-based 1st Combat Communications Squadron, though some will stay for the next round of training.

Not that the Americans have been made to feel lonesome.

Before he gets to see his wife and two small children, Meneses and his seven-airman team need to ensure the exercise&#8217;s satellite, phone, Internet, radio and other communications tools work as needed.