Troops from Okinawa, Japan set to wrap up Philippines exercises 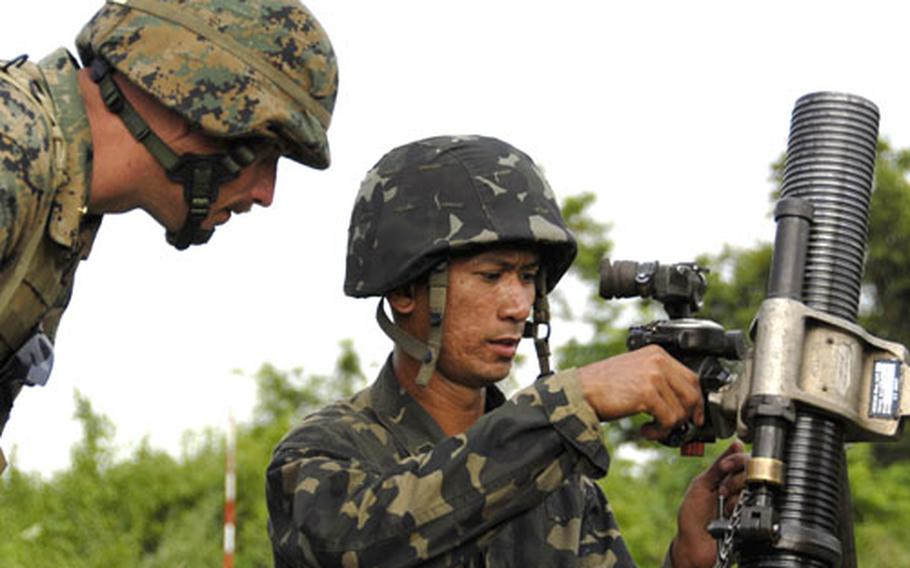 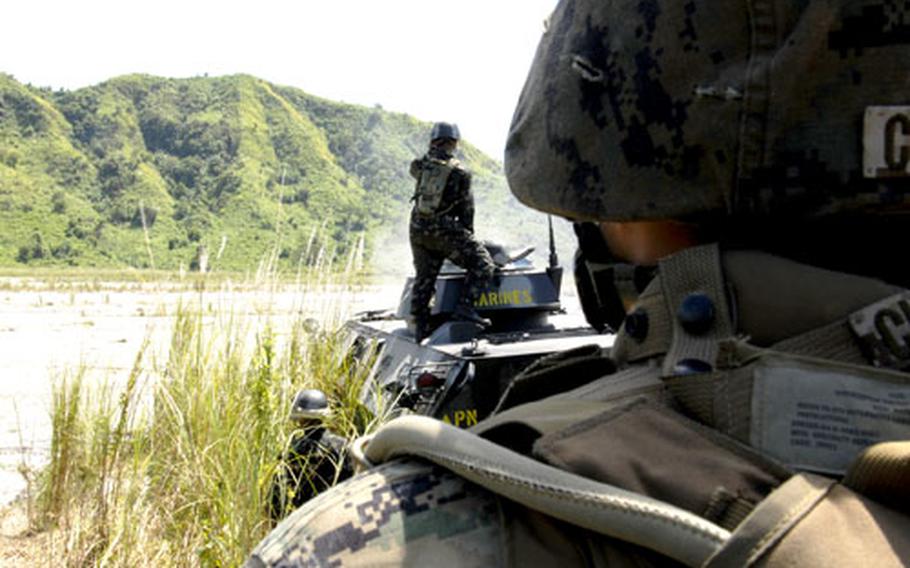 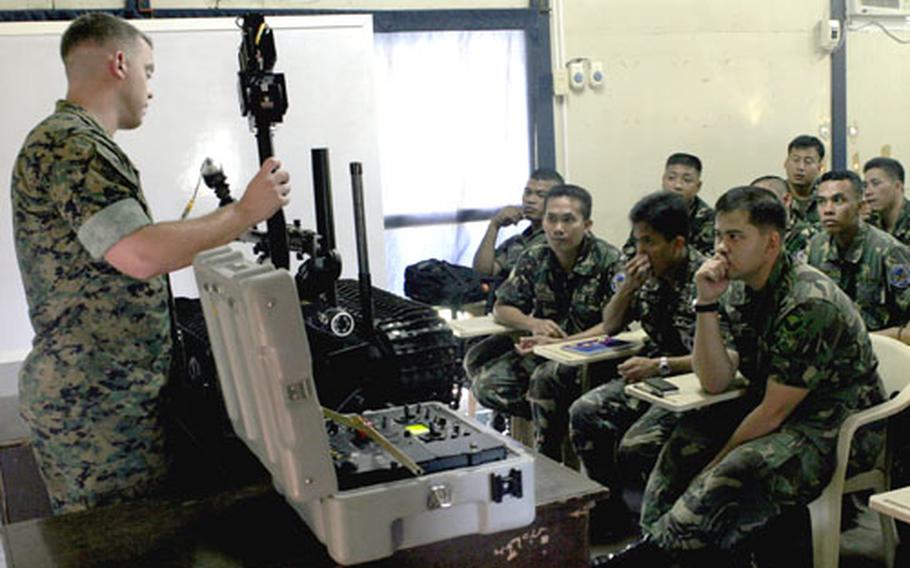 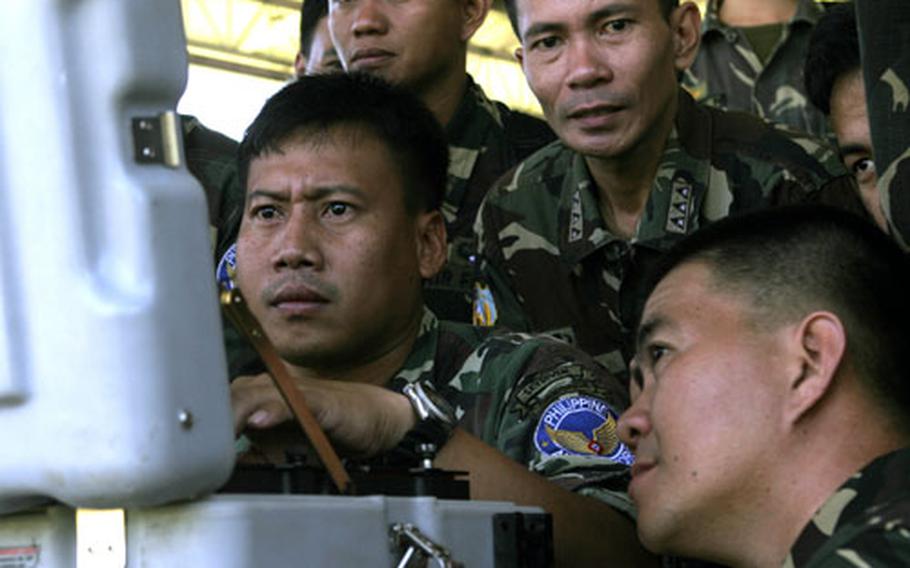 Philippine air force explosive ordnance disposal students watch a monitor linked to a bomb disposal robot at Clark Air Base. The students got an opportunity to try their hands at controlling the robot. (Terence L. Yancey / U.S. Marine Corps)

CAMP FOSTER, Okinawa &#8212; While some U.S. Marines conducted live-fire training in one part of the Philippines last week, others demonstrated how to use robots to prevent things from blowing up.

The demonstration was followed by hands-on training with the robot, said Capt. Burrell Parmer, public information officer for the 31st Marine Expeditionary Unit, now participating in the biannual Talon Vision and Amphibious Landing Exercise for fiscal 2007.

Some of the Philippine airmen said they found it challenging to steer the robot remotely.

The U.S. Marines also learned something from their Philippine counterparts, said Marine Staff Sgt. Kevin Brown, according to Parmer.

&#8220;They have their own experience with dealing with an insurgency,&#8221; Brown said. &#8220;And since the U.S. has been at the forefront of dealing with IEDs in Iraq, we are giving them all the information we can pass on. However, they have already showed us stuff from their experiences that will be very helpful to us.&#8221;

About 5,700 U.S. Marines and sailors are involved in the exercises, including Marine air squadrons from Marine Corps Air Station Futenma and MCAS Iwakuni, and the Okinawa-based 3rd Marine Expeditionary Brigade. Also taking part is the Essex Expeditionary Strike Group, Task Force 76&#8217;s amphibious assault ship USS Essex, dock landing ship USS Harpers Ferry and amphibious transport dock USS Juneau, all based at Sasebo Naval Base. The exercises began Oct. 11 and were to conclude over the weekend.