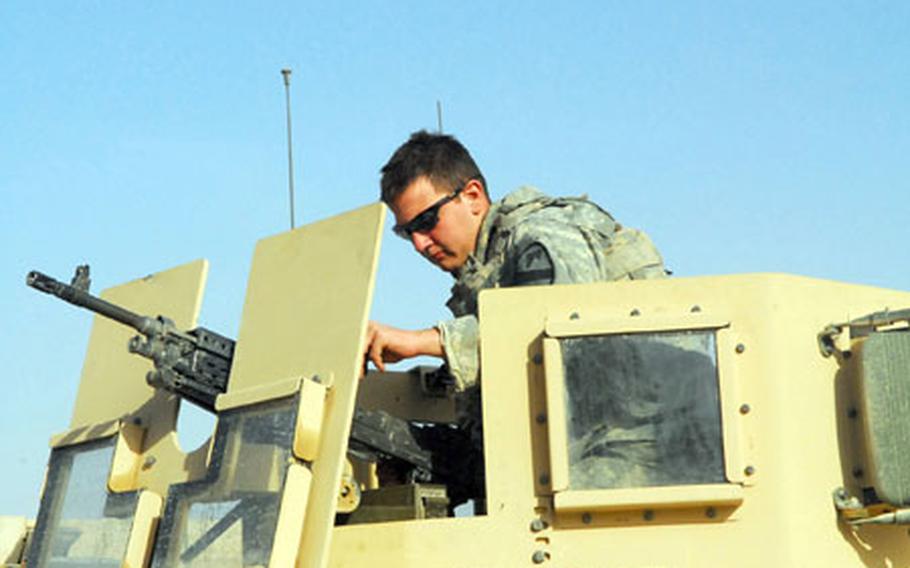 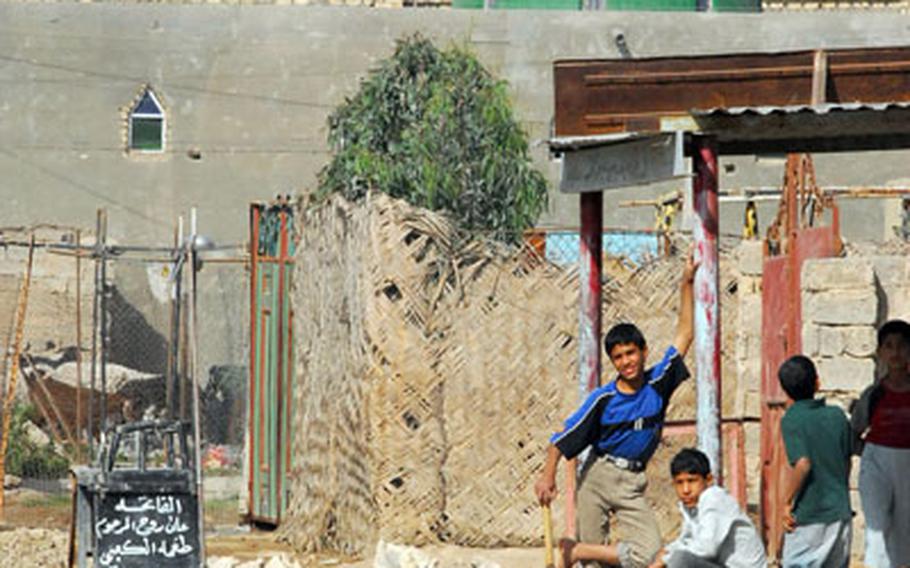 Iraqi boys stand outside a mosque with Iraqi flags fluttering from its dome in northern New Baghdad on Monday. (Monte Morin / S&S) 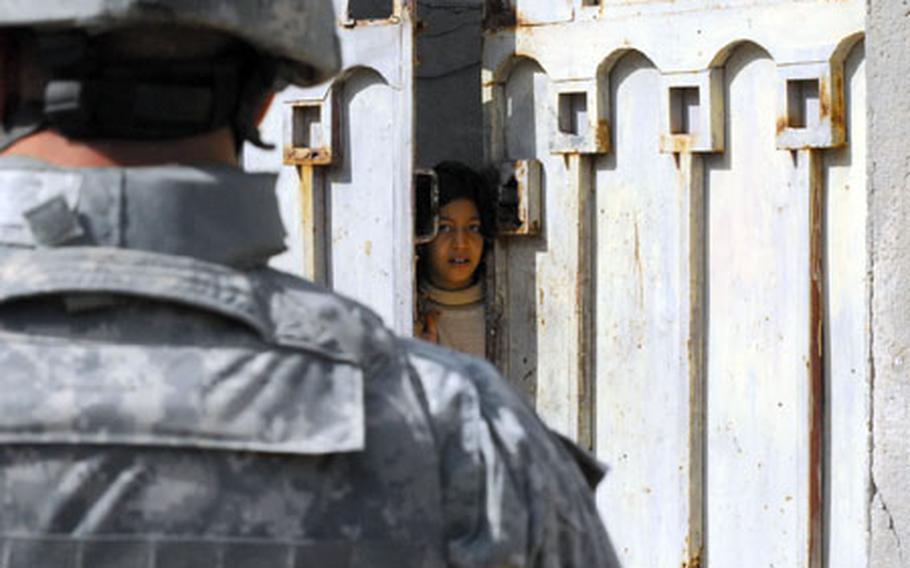 An Iraqi girl in northern New Baghdad peers out the front gate of her home at an American patrol Monday morning. (Monte Morin / S&S)

BAGHDAD &#8212; Company B&#8217;s 2nd Platoon was bouncing down a shabby, sewage-smeared back road in New Baghdad in a line of Humvees when word crackled over the radio.

The news wasn&#8217;t exactly a surprise to the 25-year-old Batesville, Ark., resident though. Greenfield and other 1st Battalion, 8th Cavalry Regiment, 1st Cavalry Division soldiers have been keeping track of the number of Iraqi flags hoisted atop power poles, mosque minarets, water towers and homes over the last several days.

Sadr, who commands an untold number of Shiite militiamen in eastern Baghdad, called upon his followers to demonstrate against the U.S. military&#8217;s presence in Iraq on Monday, the fourth anniversary of the toppling of Saddam Hussein.

But Monday started peacefully enough as troops from 2nd Platoon motored through the narrow, trash-strewn streets of Shawra Wa Um Jidr, an impoverished slum that borders the Mahdi Army stronghold of Sadr City.

Troops attached to the 2nd Brigade Combat Team, 2nd Infantry Division, had spent much of the past week bracing for potential trouble. While the first month and a half of the new Baghdad security plan started extremely quietly in New Baghdad, sniper and roadside bomb attacks have spiked in the past several weeks.

In preparation for the April 9 anniversary, authorities imposed a vehicle ban and locked down roads in notorious trouble spots.

On Monday, soldiers encountered some stones thrown by children &#8212; a common and annoying occurrence in eastern Baghdad &#8212; but were also greeted by waves from some residents.

Many of the area residents had traveled by minivan and bus to Najaf, where large-scale demonstrations took place on Monday.

Soldiers said that if Sadr&#8217;s words do indeed touch off a large-scale uprising, it would be unlike those they faced in 2004, when Mahdi Army militiamen openly attacked troops with rifles and rocket-propelled grenades.

Second Platoon has been hit extremely hard by the recent increase in attacks. No fewer than seven platoon members were killed in a devastating roadside bomb attack and a sniper attack in less than a month. Still reeling from the losses, soldiers said they weren&#8217;t about to let their guard down in the coming weeks.