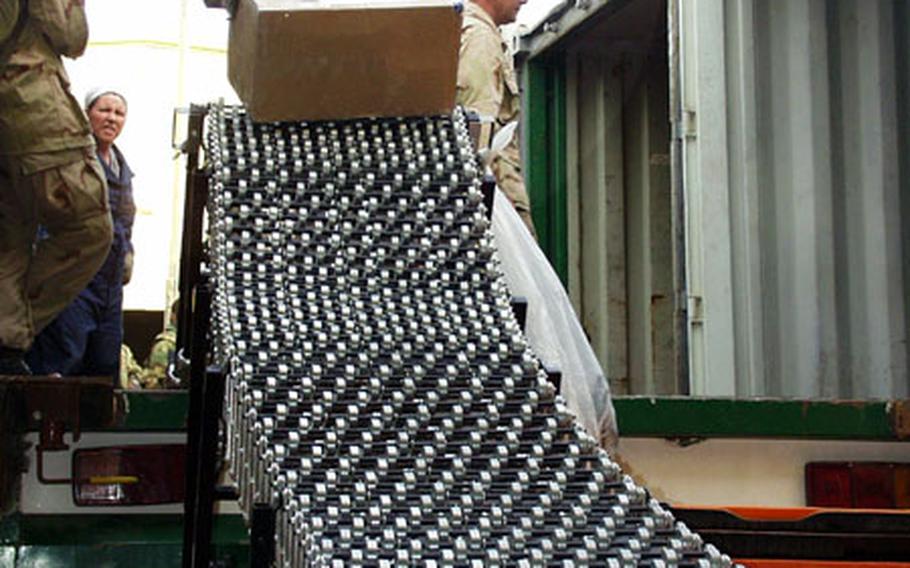 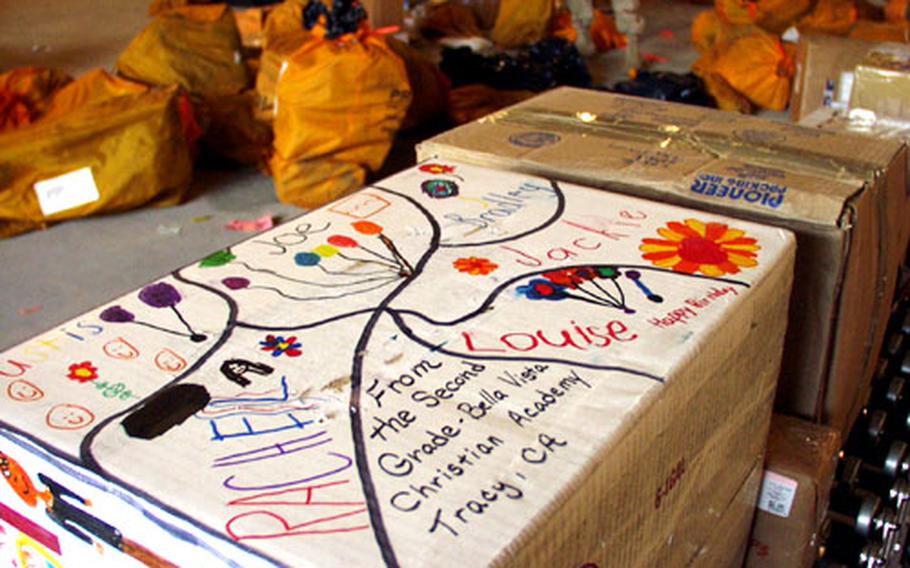 One of the thousands of boxes — this one from a second-grade class mailed to a unit chaplain — that go through a logistics base in Kuwait City on their way to the thousands of American troops deployed in the Persian Gulf. (David Josar / S&S) 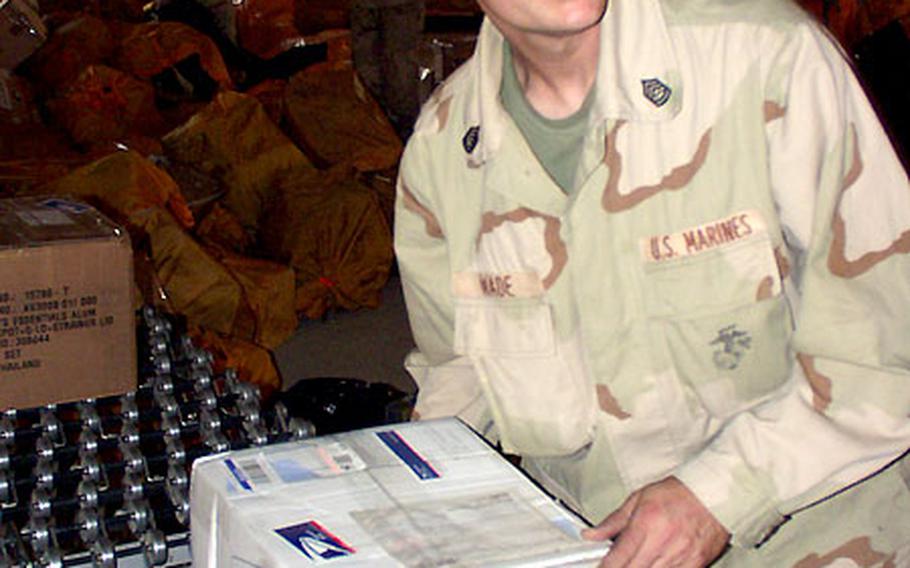 UMM QASR, Iraq &#8212; The days are tedious for U.S. Army Sgt. Brian Mathias, especially without the love letters and care packages he expected from his wife back home in Minnesota.

Mathias, of the 13th Psychological Battalion, spends his days interviewing Iraqi prisoners at Camp Freddy, a POW camp about 50 miles inside the Iraqi border.

The work is often repetitive and, at times, frustrating. But all Mathias wants, he said, is a single letter from home, something the military postal system, so far, has not been able to deliver.

Mathias&#8217; gripe is repeated when other troops are asked about the delivery of mail, which, military officials admit, is one of the biggest morale boosters in the field.

Determining how well the mail system is working is difficult, but anecdotal evidence indicates something is wrong.

A lieutenant assigned to the Coalition Press Information Center in Kuwait City said a letter postmarked in early March just reached her this week.

Retired Air Force Master Sgt. Karen Grafton has been trying to get packages and letters to the 11th Aviation Regiment for more than a month and so far, she&#8217;s been told, nothing has gotten through.

Marine Lance Cpl. Patrick Bolzenius, of the 3rd Battalion, 1st Marines, turned 21 last month. His mother sent a birthday card, addressed to his unit, six weeks ago. The letter, despite a correct address, was returned to her in Houston.

For two days, Stars and Stripes has tried to contact the officers in charge of mail delivery, but phone calls have not been returned.

Two days after the first bombs were dropped on Baghdad, Army Brig. Gen. Sean Byrne toured the Joint Mail Terminal in Kuwait City. He said more airplanes, better sorting facilities and a strategy to get letters to forward combat locations should eliminate the snafus that angered troops and their families during Operation Desert Storm in 1991.

Mail, noted Byrne, who oversees its delivery here in the desert, may be the second-most important moment of a soldier&#8217;s day, right behind chow.

The plan, Byrne explained, was to hold mail in large containers for forward-deployed troops and then transport it by truck as soon as the troops were stationary.

The plan hasn&#8217;t worked, according to Marine mom Lynne Denne. Denne said she has mailed at least three letters and one package each week since her son, a Marine who had been based at Camp Coyote in the Kuwait desert, landed here on Jan. 31.

She recently received a quickly-scrawled note dated March 18 from her son saying he had received just four letters and two packages.

She is disappointed by the military and the U.S. Postal Service.

Sending packages can be expensive, she added, with the cost reaching as much as $20 per parcel.