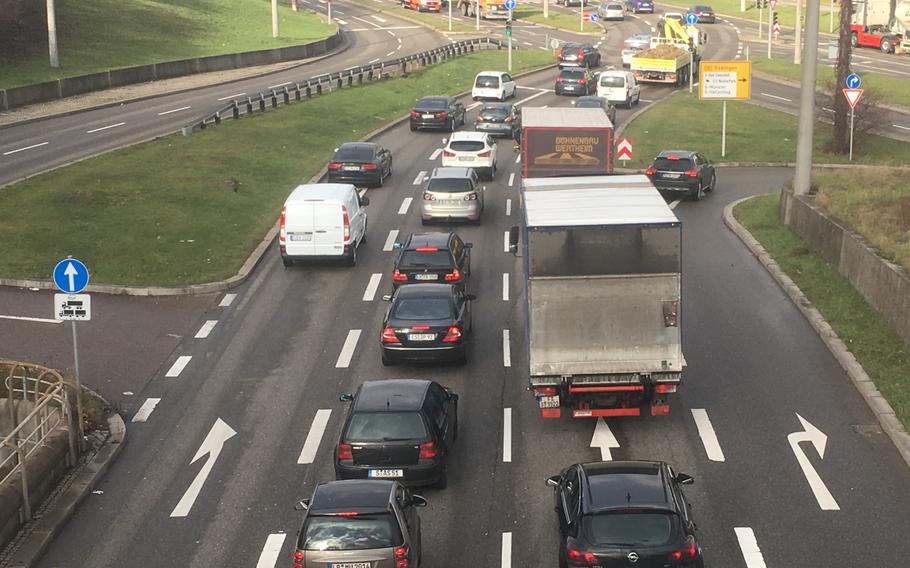 STUTTGART, Germany — Drivers of diesel vehicles in the Stuttgart military community may want to consider selling their cars to troops in other parts of Germany as a new environmental law barring many of them takes effect in the city.

A ban on diesel-powered cars with the emission standard Euro 4 or below became official on Jan. 1. A transitional period for city residents means that drivers have until March 31 to comply with a regulation designed to reduce emissions in a city with a reputation for polluted air.

Diesel cars are popular among German drivers for their fuel efficiency and Americans sometimes buy older models during their overseas tours.

“Diesel vehicle owners who live or work on Patch, Kelley, and Robinson Barracks after April 1, 2019, may wish to consider selling the vehicle or converting it to another acceptable fuel source for use,” U.S. Army Garrison Stuttgart said in an advisory to community members.

The Euro 4 diesel emission category was applied to most new cars in the European Union that hit the market between 2005 and August 2009, as well as new registrations until December 2010.

The ban also applies to commuters traveling through the city limits, as well as visiting tourists, the city’s website says.

The Stuttgart garrison recommended resale lots in Kaiserslautern or Wiesbaden, as opposed to garrison headquarters in Boeblingen, which is a short drive from Stuttgart’s city limits.

There are an estimated 530,000 diesel vehicles operating in the Stuttgart region and the new regulation will affect about 190,000 of them, the German newspaper Deutsche Welle recently reported.

Older diesel engines have been blamed for elevated airborne levels of nitrogen dioxide, a harmful pollutant which is emitted at higher concentrations compared to gasoline engines. Stuttgart found levels of the pollutant at nearly twice the maximum limit at a downtown measurement point in 2017.

Stricter rules could still come. A traffic ban on Euro 5 diesels could be put in place in 2020 if an analysis of pollution levels in mid-2019 is deemed too high, according to the city of Stuttgart.

Car owners who meet certain criteria can apply to the city of Stuttgart for exemptions from the diesel vehicle ban, which are considered on a case-by-case basis and must be renewed annually.

More information about the Stuttgart diesel ban can be found here.