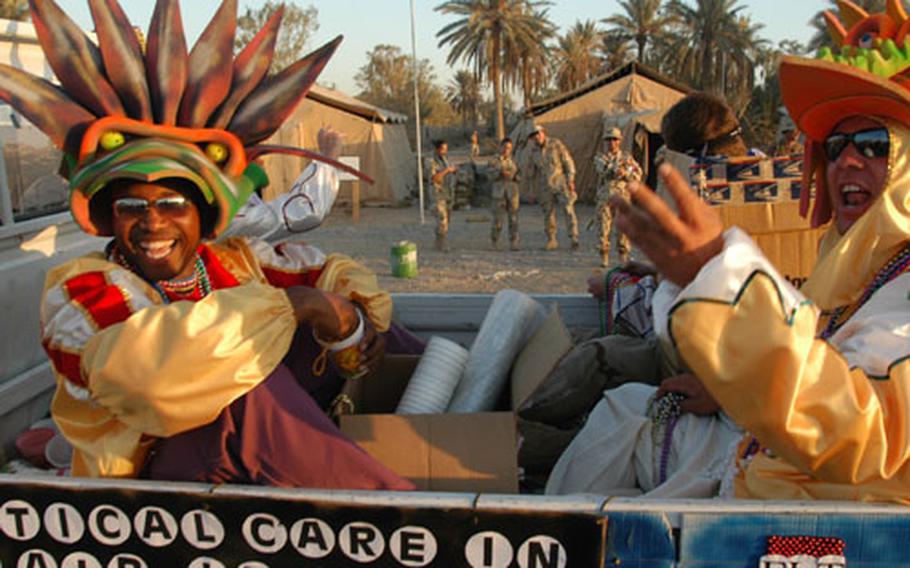 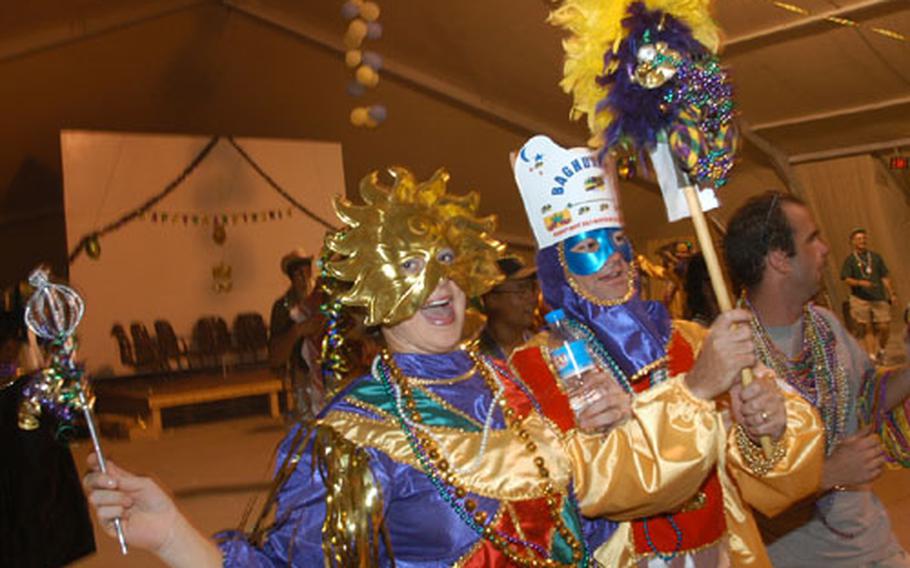 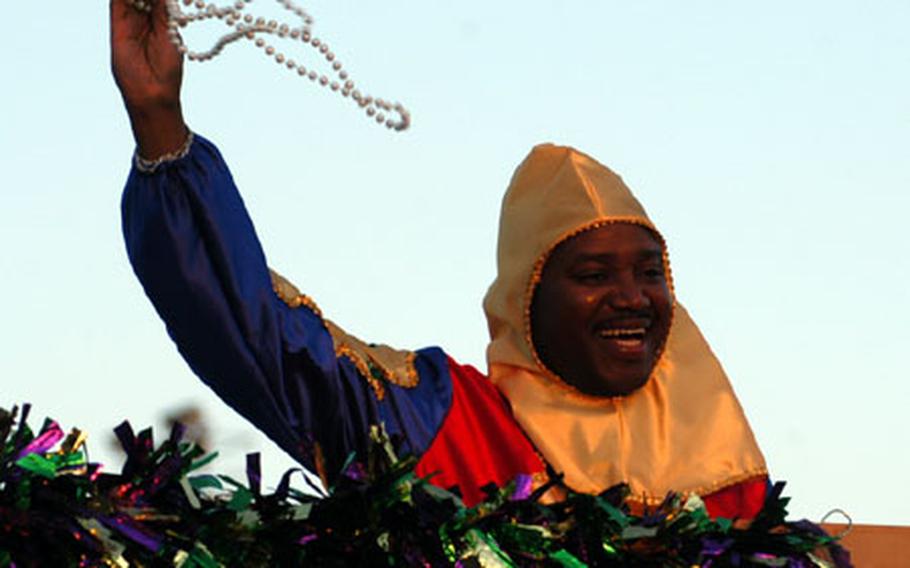 King (Maj.) Frederick Olison swings a strand of plastic beads as he prepares to throw them into a crowd of parade-goers during last Friday&#39;s Baghdad Mardi Gras. (Jason Chudy / S&S)

The Krewe of Baghdad, an informal planning committee, made sure that this was as close as it could get to the real thing, complete with colorful costumes and floats, wooden and tin doubloons, and plenty of plastic beads.

About a dozen decorated floats from nearby Air Force, Army and Navy units drove around the camp, with riders throwing handfuls of beads, plastic cups and doubloons at the few hundred parade-watchers.

The New Orleans version of Mardi Gras, which means &#8220;fat Tuesday&#8221; in French, is known for its excesses &#8212; huge street parades, formal balls and plenty of food and alcohol.

Although the parade couldn&#8217;t be characterized as large, the ball was a come-as-you-are affair and there wasn&#8217;t any alcohol, attendees were still impressed.

Kinder and his two-dozen or so planners contacted individuals and organizations in Louisiana for help.

Supplies came from individuals, schools, the Krewes of Orpheus and Hercules, the New Orleans Saints football team and even McIlhenny Co., the makers of Tabasco sauce.

The groups also donated more than supplies. Adding monies collected from base personnel, the committee raised $5,000 for Iraqi childrens&#8217; organizations.

No king and queen should be without proper scepters.

With feathers for hair, buttons for eyes, skirts and necklaces of beads, and even a porcelain jester head, these brightly colored scepters were a perfect addition to Friday&#8217;s celebration.

A newspaper article describes Born&#8217;s MisChief dolls as &#8220;what Barbie would look like after spending a week on Bourbon Street.&#8221; A closer look shows intricate detail and craftsmanship.

Born said that she first tried to ship two boxes of dolls through UPS. The next day one of the boxes was returned damaged and opened.

A UPS employee told her the company doesn&#8217;t ship to APO addresses.

She boxed the dolls again and gave them to the Gumbo Krewe, which was shipping food to Baghdad Mardi Gras organizer Staff Sgt. Jeff Kinder. The dolls made it to Baghdad in time for the celebration.