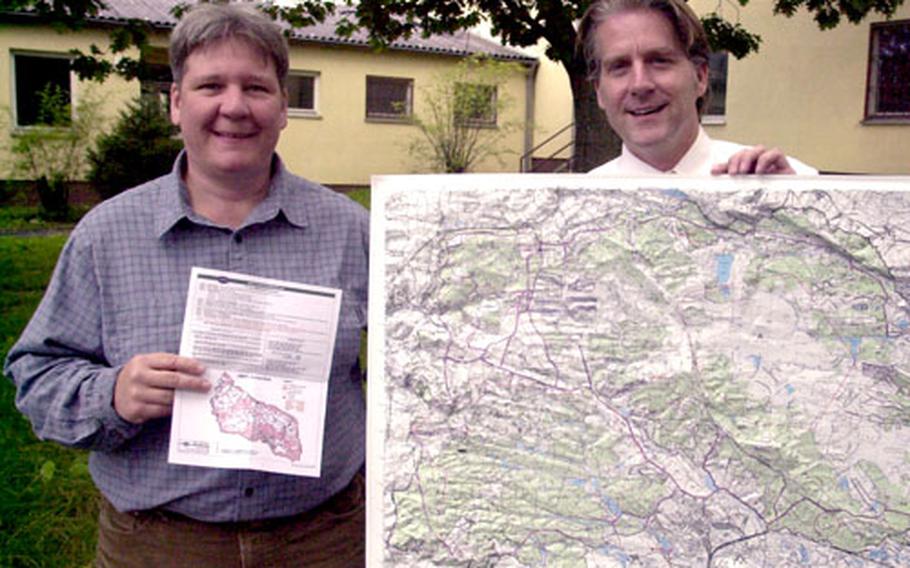 The U.S. signed agreements with Romania in December and Bulgaria in April that allow U.S. forces use of training areas in the two former Soviet bloc countries.

ITAM is preparing to fly over Novo Selo training area in Bulgaria, with those maps expected to be online by early spring, Andrews said.

The Sustainable Range Program won three awards at the ITAM Conference in August for its maps and multimedia products such as three-dimensional field simulators, which cover training areas all over Europe and the U.S. as well as Iraq and Afghanistan, he said.

The maps are available as hard copies, on compact discs and DVDs and can be downloaded on military computers from ITAM&#8217;s secure Web site https://srp.usareur.army.mil, he said.

The online maps allow soldiers to zoom in on different parts of training areas or look at aerial photographs, he said.

&#8220;For instance, we did a commanders briefing for 2nd Cav the other day. One of the leaders asked about UAV (unmanned aerial vehicle) landing strips and whether we have any information that can help them plan where to put a UAV landing strip,&#8221; Andrews said.

One of the Sustainable Range Program&#8217;s awards was for a field card issued to soldiers who train at the Joint Multinational Readiness Center at Hohenfels, he said.

Deb Lipyanic, the JMRC ITAM coordinator, said the field card combined safety information such as medevac procedures with environmental rules such as the requirement that soldiers clean up and report oil spills inside the training area.