Troops can now hit the links in Iraq 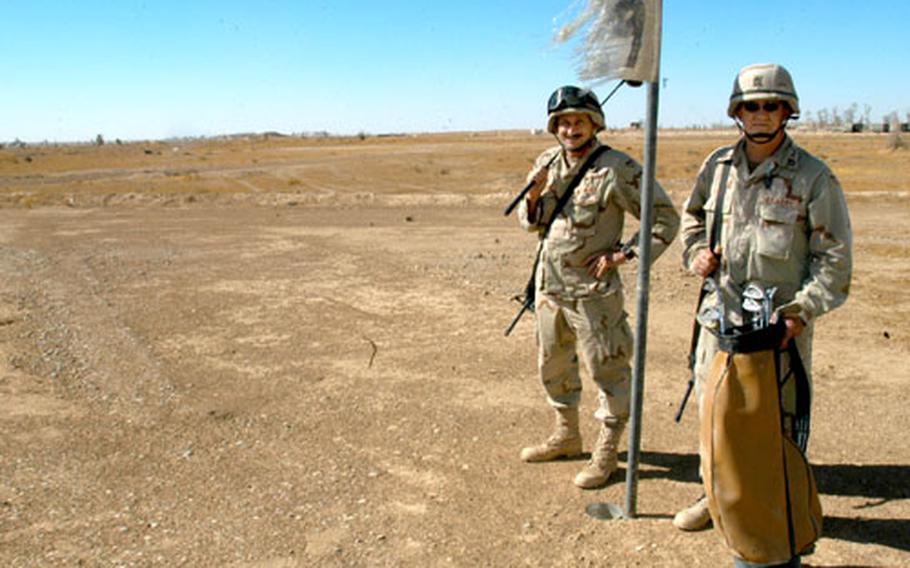 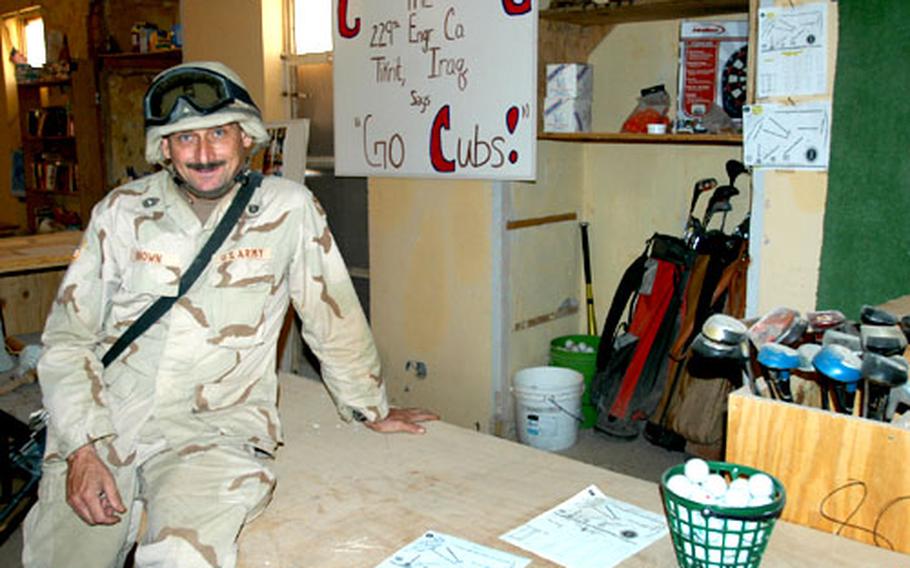 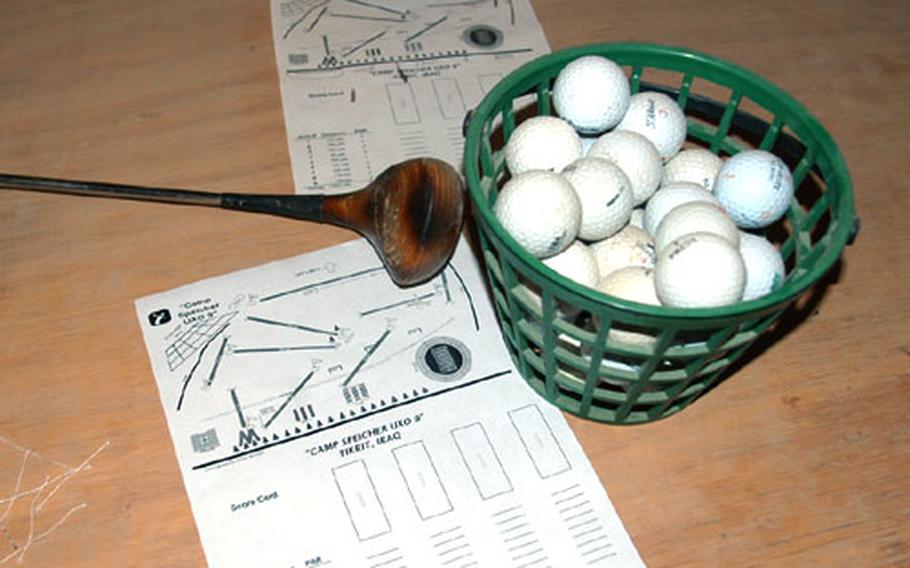 CAMP SPEICHER, Iraq &#8212; Birdies, bogies and above-par performances have landed in northern Iraq, with the help of more than a few American eagles.

Camp Speicher, an American base just north of Tirkit, is home to what is probably the only operating nine-hole golf course in the country. It is under the management of the Wisconsin Army National Guard&#8217;s 229th Engineer Company.

Master Sgt. Rick Brown designed the course and unit members built it out of dirt and scrub over a two-day period during the summer.

First, the company&#8217;s survey unit took Brown&#8217;s ideas and transferred them to paper. Then, Spc. Jason Hacht graded the course and Spc. Nicole Mayne compacted it with a vibratory roller.

The holes are a little larger than regulation, but the players say that&#8217;s OK.

There&#8217;s an old Iraqi obstacle course on the third hole that golfers must hit over, and Hole 5 features a rock pit. There are even a few bomb craters.

Brown said the course&#8217;s name &#8212; UXO 9 &#8212; was inspired by the large amount of unexploded ordnance being blown up throughout the base during the two days the soldiers built the nine holes.

Despite a base population of about 10,000 and UXO 9 being the only course in the area, it hasn&#8217;t really caught on with duffers.

So unit members have pretty much been the only ones to play the 20-acre course since it opened in July near the 28th Combat Support Hospital area.

Still, everyone is invited to play and equipment is available, courtesy of donations.

Residents of Prairie du Chien, Wisc., where the unit is based, donated the clubs and balls. Brown placed an advertisement in the town&#8217;s paper earlier this year, having planned to make a course wherever they ended up.

There are no club dues or greens fees at UXO 9, but there is a dress code.

The course is open every day and closes only during mortar attacks. &#8220;We&#8217;ve had to come off the course a couple of times when they were banging away,&#8221; Brown said.

Anyone wanting to play the course can check out gear from the unit&#8217;s tactical operations center or charge of quarters watch. The unit is located across the street from the 28th CSH.