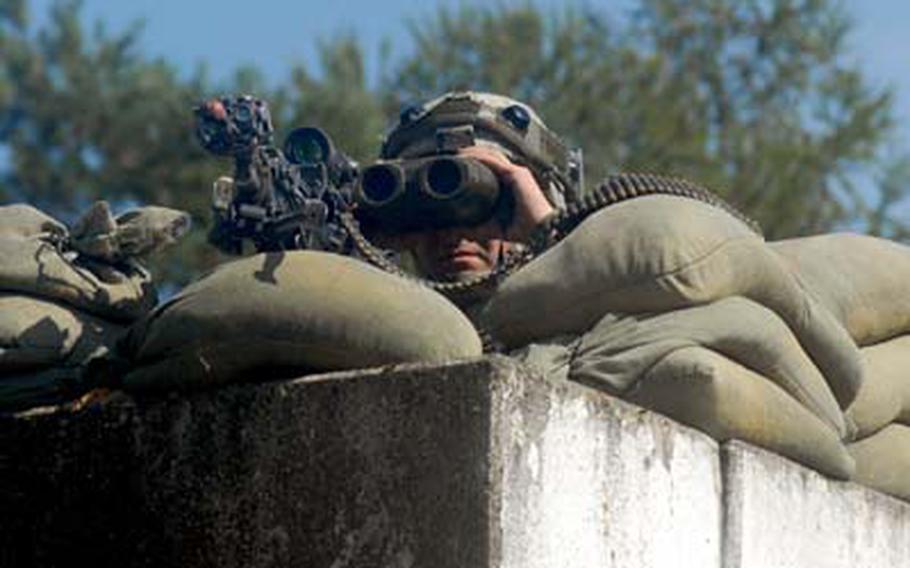 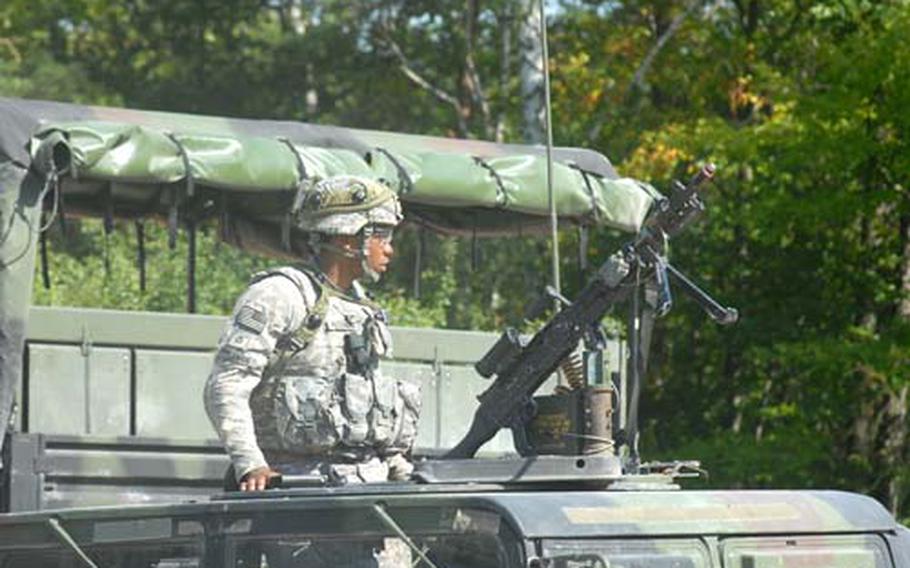 Dozens of Pashtun speakers joined more than 6,500 U.S. troops and civilians in an exercise for the Afghanistan-bound 173rd Airborne Brigade and Iraq-bound 12th Combat Aviation Brigade. It was the largest such exercise ever held by the U.S. military outside of the United States, JMRC spokesman Maj. Nicholas Sternberg said.

During the training, 173rd soldiers worked through scenarios designed to reinforce new guidelines set out by McChrystal, head of the International Security Assistance Force in Afghanistan, according to JMRC operations officer Maj. Jack Rich, who oversaw the exercise.

Every member of the 173rd was briefed on the new strategy, Col. James Johnson, 173rd commander said.

Johnson said McChrystal&#8217;s guidance was embedded in almost every aspect of the exercise, from the rules of engagement to the way soldiers communicate with the Afghans, prepare for operations and plan mock development projects.

A key goal of McChrystal&#8217;s strategy to defeat the Taliban involves standing up Afghanistan&#8217;s indigenous security forces and encouraging them to take the lead in the fight against the Taliban, Rich said.

To reinforce that strategy, the exercise included more than 400 soldiers from Britain, Slovenia and the U.S. playing the role of Afghan troops &#8212; something that allowed for plenty of combined operations with the 173rd troops.

More troops playing as the Afghans meant the 173rd leaders could put the indigenous forces in the lead during operations such as air assaults, he said.

The 173rd troops learned to live, eat and train with the Afghans. They were encouraged to show the Afghan troops respect, put them in the lead and coach them, but also hold them accountable, Rich said.

&#8220;They learn to operate together. They learn to depend on each other. In an insurgency, the locals have to solve their own problems,&#8221; he said.

Standing up the Afghan government is another aspect of McChrystal&#8217;s guidelines being implemented, with dozens of Pashtun speakers acting as key Afghan government leaders during the exercise, Rich said. Five hundred to 600 civilian role players also helped teach the soldiers the ins and outs of negotiating with the local population.

The emphasis on governance meant the 173rd troops spent a lot of time in &#8220;shuras,&#8221; or meetings with the Afghan role-players. The focus was on getting the Afghans to take the lead, Rich said.

During the exercise, the 173rd soldiers didn&#8217;t actually build schools or drill wells inside the training area but they did go through the planning and coordination process for such projects with the Afghan role-players, Johnson said.

There were still times during the exercise when the soldiers could use force, Rich said.

&#8220;We do not make the unit use force. We develop a situation and based on their training and their understanding of Gen. McChrystal&#8217;s counterinsurgency guidance they handle the situation,&#8221; he said. &#8220;We don&#8217;t tell them to drop the bomb. They decide based on the rules of engagement and the collateral damage estimates.&#8221;

Civilian casualties resulting from airstrikes against the Taliban have provoked intense controversy and led McChrystal to impose strict rules on the use of air power.

Despite the restrictions The Associated Press reported on Wednesday that NATO forces have acknowledged civilians died in a German-ordered airstrike last week on two stolen fuel tankers that killed an estimated 70 people.

The scenarios where force might be used during the exercise were challenging, Rich said.