Troops at Ramstein check out latest technology at expo 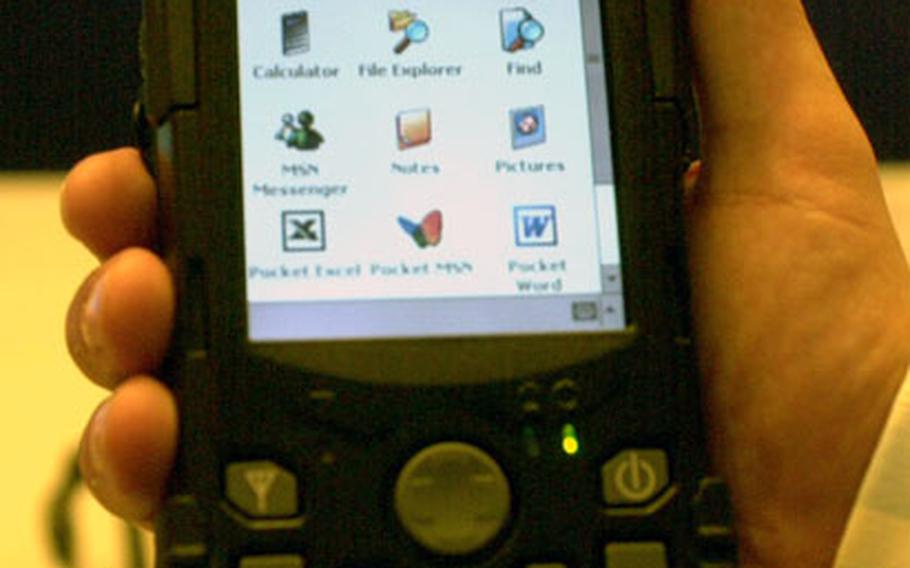 A rugged, handheld personal computer from the U.K.-based Armoured Technology Ltd. is displayed at the 2006 Technology Expo at Ramstein Air Base on Tuesday. (Scott Schonauer / S&S)

A rugged, handheld personal computer from the U.K.-based Armoured Technology Ltd. is displayed at the 2006 Technology Expo at Ramstein Air Base on Tuesday. (Scott Schonauer / S&S) 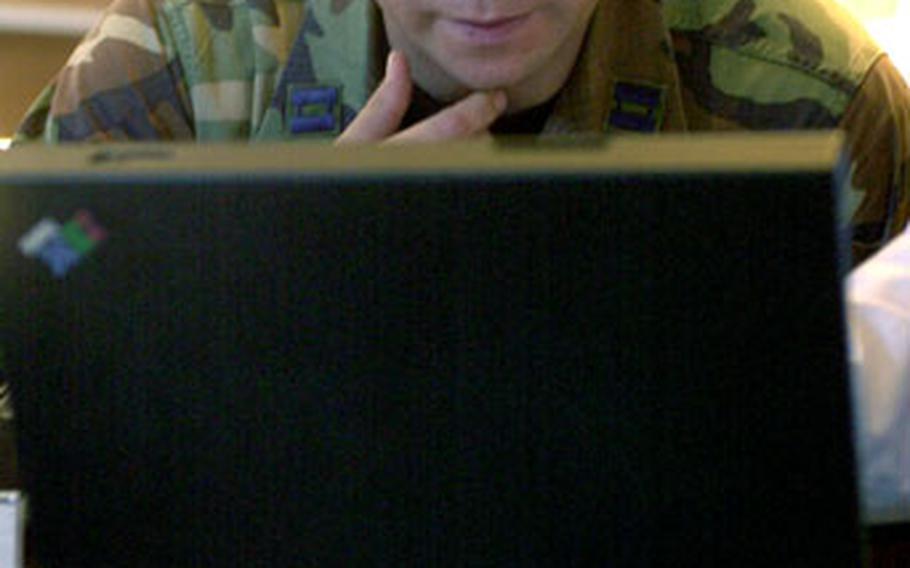 RAMSTEIN AIR BASE, Germany &#8212; A handheld computer for every grunt? It might soon be required along with their weapon.

New technology that is faster, smaller and tougher is coming to the battlefield in the form of rugged tablet computers, clearer video teleconferencing and mobile cellular communications networks that can fit in the back of a Humvee.

Airmen and soldiers got a chance to check out the latest high-tech gadgets at this year&#8217;s Technology Expo at Ramstein Air Base&#8217;s Officers&#8217; Club. The event at Ramstein began on Monday and ends Thursday, but many of the vendors will be touring U.S. military bases in similar conventions across Germany this month.

Capt. Jason Simmons, a member of the U.S. Air Forces in Europe headquarters computer systems squadron, said the expo gives computer and communications experts stationed in Europe the opportunity to see what types of new things are coming out on the market. &#8220;It&#8217;s a great chance for all of us to see and talk about all of the new technologies that are coming our way,&#8221; Simmons said.

More than 80 vendors participated in the event, which is sponsored by USAFE and hosted by the Kaiserslautern chapter of the Armed Forces Communications and Electronics Association.

&#8220;This is the largest expo by number of vendors we have ever had,&#8221; said Col. Tracy Phillips, commander of the 86th Air and Space Communications Group and AFCEA chapter president.

The expo included seminars and demonstrations on some of the latest communications equipment, while video teleconferencing hardware dominated the event. Expo visitors couldn&#8217;t walk 10 feet without their image popping up on a small camera mounted to a flat screen monitor from a nearby booth.

With new technology from such companies as Ericsson, troops will be able to take video teleconferencing to a new level. QuicLink, a mobile and deployable communications network package, will soon allow troops in the field to conduct video teleconferencing from a handheld computer in the battlefield, said Henry Tragle II, an Ericsson account manager.

The mobile unit can fit into the trunk of a Humvee and provide high-speed Internet access for PDA-carrying troops in the field within a seven-mile radius. The connection is so fast that it can allow a servicemember on the battlefield to watch a commander in Washington circle a point on a digital map almost instantaneously.