Troops at Camp Blessing are firing back 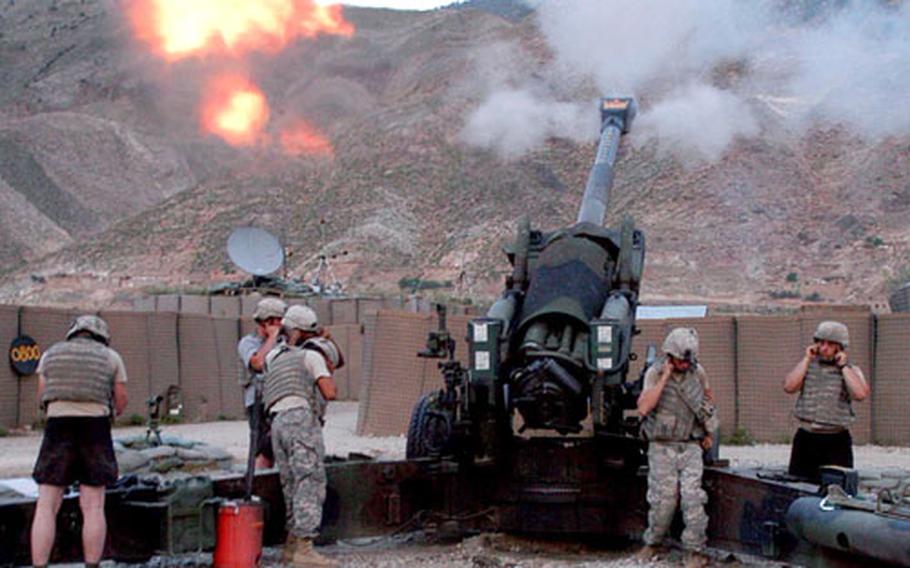 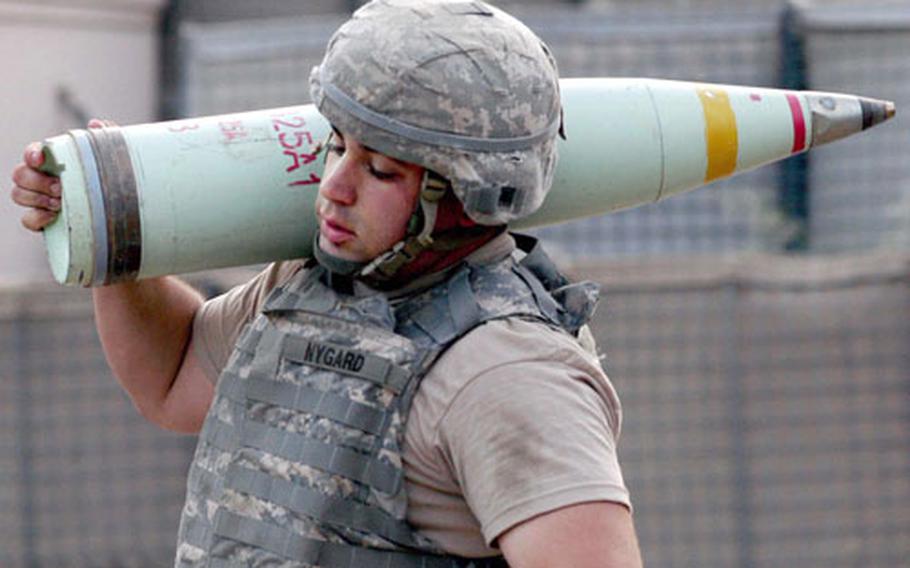 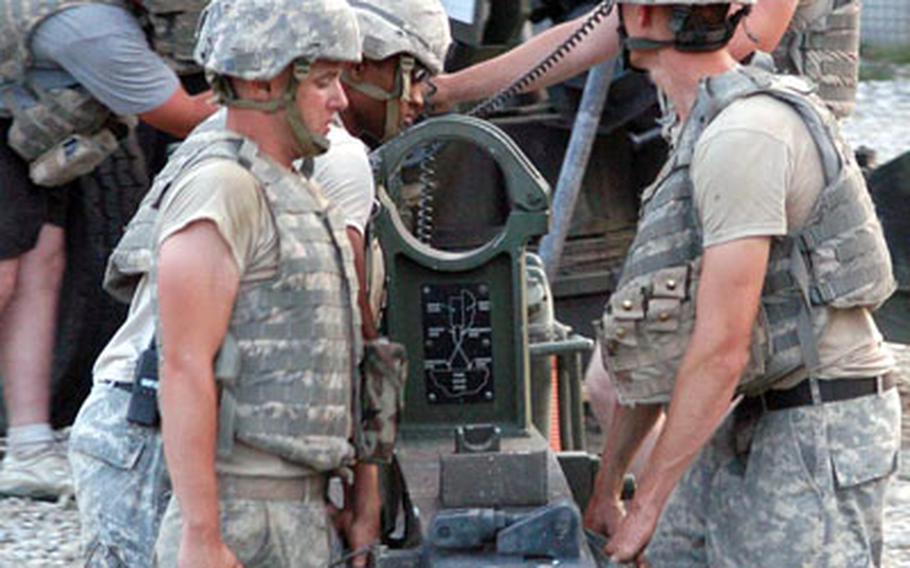 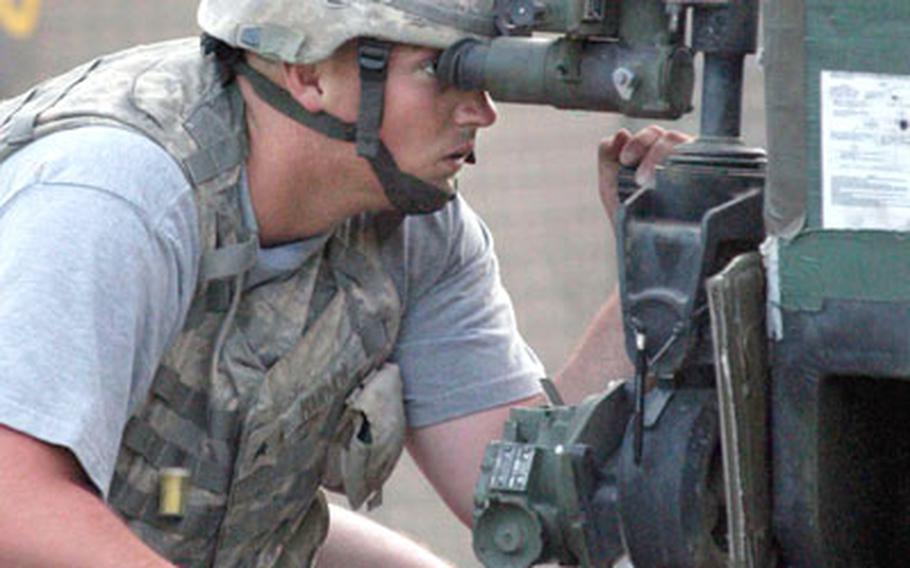 Sgt. Nicholas Harmon peers through the gunner sight of gun number one as the soldiers prepare to batter anti-coalition positions. (Michael Abrams / S&S) 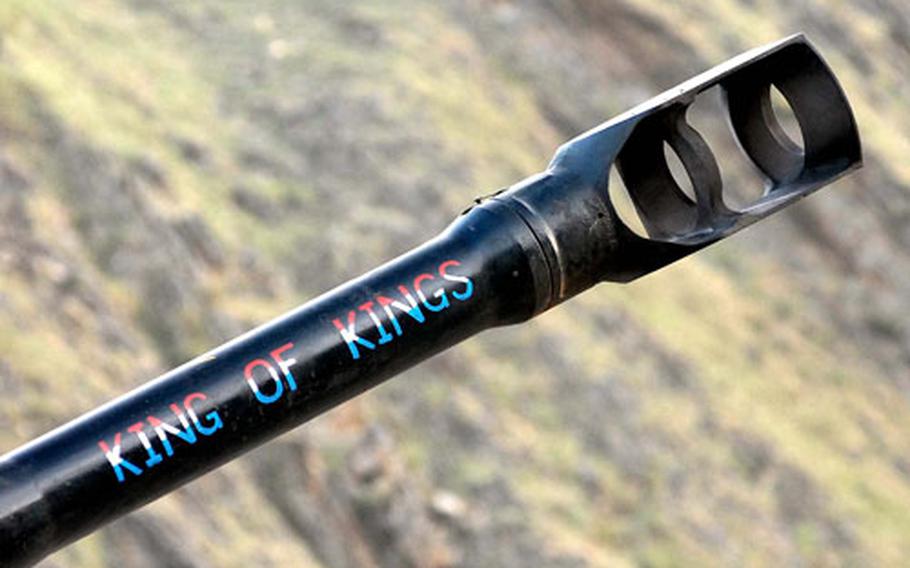 NANGALAM, Afghanistan &#8212; The heavy guns of Camp Blessing haven&#8217;t been this active in months.

Over the past few days, Capt. Joe Hansen and his men have blasted away with their M198 Medium Howitzers into the low hills and mountains near this outpost in the Pech River Valley. While the 4th Battalion, 25th Field Artillery Regiment, regularly employs disruption fire at known and suspected enemy locations, lately it has been in retaliation.

One of two rockets fired by militants last Friday landed inside the camp. No one was injured.

The second shell landed in a local bazaar. Again, no one was injured.

But Monday afternoon, when a third enemy shell hit the nearby village of Manugay, at least one person, an elderly man, took shrapnel. He was injured in the right thigh but was alert and coherent at the aid station on base.

On Sunday, enemy combatants shot at Fire Base California, a small camp down the road from Nangalam.

All of this rocketry comes as the 10th Mountain Division is preparing to leave Afghanistan after a 16-month deployment. Falling in behind them is the 173rd Airborne Brigade, headquartered in Vicenza, Italy.

Hansen suspects the recent activity against U.S. forces also may be in response to last month&#8217;s killing of Habib Jan, the leader of a militant cell operating in northern Konar Province. Several soldiers of the 1st Battalion, 32nd Infantry Regiment, 3rd Brigade, 10th Mountain Division said the four-month extension was worth it, if only because Habib Jan was taken down.

The 1st Battalion has been the hardest hit of the seven battalions that are either part of or attached to the brigade, Garrison said. Twenty soldiers in the battalion have died during the deployment, which accounts for about half of its combat losses.

Habib Jan &#8220;was the head muscle around these parts,&#8221; said Staff Sgt. Chris Bryant, a platoon leader in the battalion.

Bryant and others in the brigade perk up when told that some of their replacements have already arrived in theater. Talk usually turns to their post-deployment plans. There are family gatherings to attend, children to hug, spouses to love, friends to see and trips to take.

Torres, Sgt. Walter Sims and Sgt. Justin McNamara were working on a Humvee in a cramped three-sided plywood shack that passes as a garage. The camp itself is probably no bigger than a retail store parking lot. It&#8217;ll be nice, they said, to have room to roam, clean air to breathe and all the creature comforts of America.

That and no one will be shooting at them.

Michael Abrams contributed to this report.