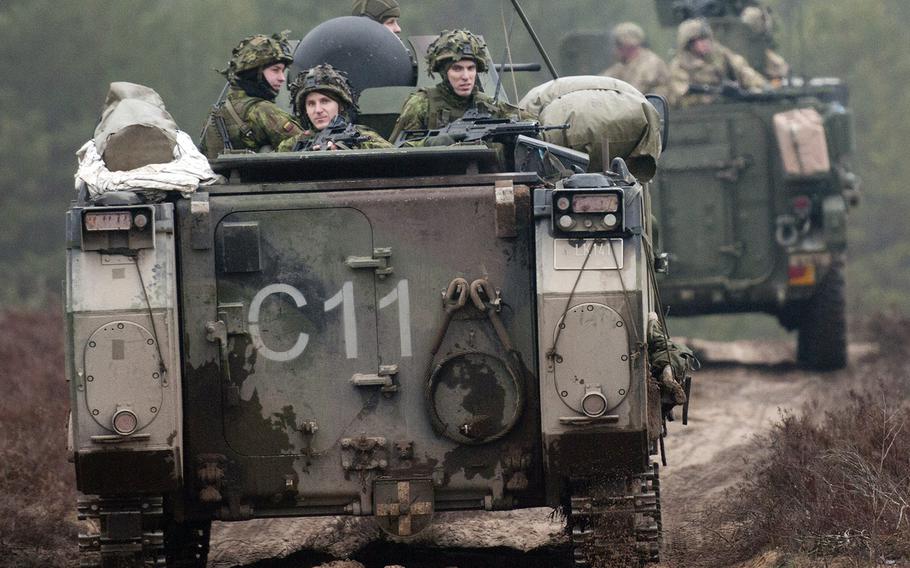 WASHINGTON — Thousands of troops and major hardware from the Army’s 3rd Infantry Division are heading to the Baltic region to reassure NATO allies fearful of Russian aggression, according to the Pentagon.

The troops and equipment will participate in multinational training exercises with Latvia, Estonia and Lithuania, which will kick off in May. The exercises are part of Operation Atlantic Resolve, a U.S.-Army led mission which began last year after Russia annexed Ukraine’s Crimea region and sent troops and equipment to the eastern part of the country to support pro-Moscow separatists. NATO allies in Eastern Europe, which were under Russian domination during the Cold War, are worried the Kremlin will try to destabilize other neighboring countries.

Some servicemembers from the 1st Armored Brigade have arrived in the region and more will follow next month, according to Maj. James Brindle, a Pentagon spokesman.

The unit, based at Fort Stewart, Ga., will replace U.S. Army Europe’s 2nd Cavalry Regiment, which has been conducting training with NATO allies in Eastern Europe since January. The regiment will return to its base in Vilseck, Germany.

The 1st Armored Brigade will wrap up its rotational deployment in mid-June. But all of the heavy rolling stock that the unit is bringing over, to include tanks and armored personnel carriers, is slated to remain in the European theater after the brigade departs, according to U.S. defense officials.