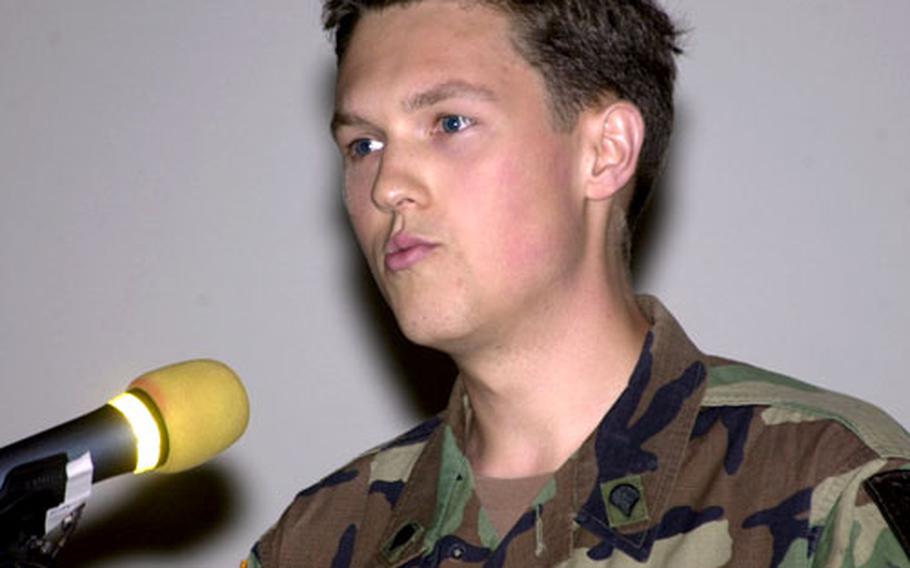 YONGSAN GARRISON, South Korea &#8212; U.S. Army Spc. Joseph J. Waldal brought down the house at the 7th Annual Korean & English Speech Contest at Yongsan Garrison on May 31 by tackling the thorny issue of a small group of volcanic islets claimed by both South Korea and Japan.

Waldal, who spent four years studying Japanese in high school in the Portland, Ore., area and lived in Japan for about six months, thought he would continue with that language when he joined the Army. Instead, he was sent to study Korean at the military&#8217;s Defense Language Institute.

Waldal said his Japanese studies also helped prepare him for Korean. &#8220;I was light years ahead of the other students,&#8221; he said. &#8220;I learned Korean from the perspective of a Japanese person. I even bought a Japanese-Korean dictionary.&#8221;

The 23-year-old soldier said coming to South Korea about a year ago helped develop his skills.

The soldier said he knew he would have tough competition when he joined the speech contest and really didn&#8217;t think he&#8217;d win.

With fluency in both Japanese and Korean, why did he choose to speak about Dokdo?