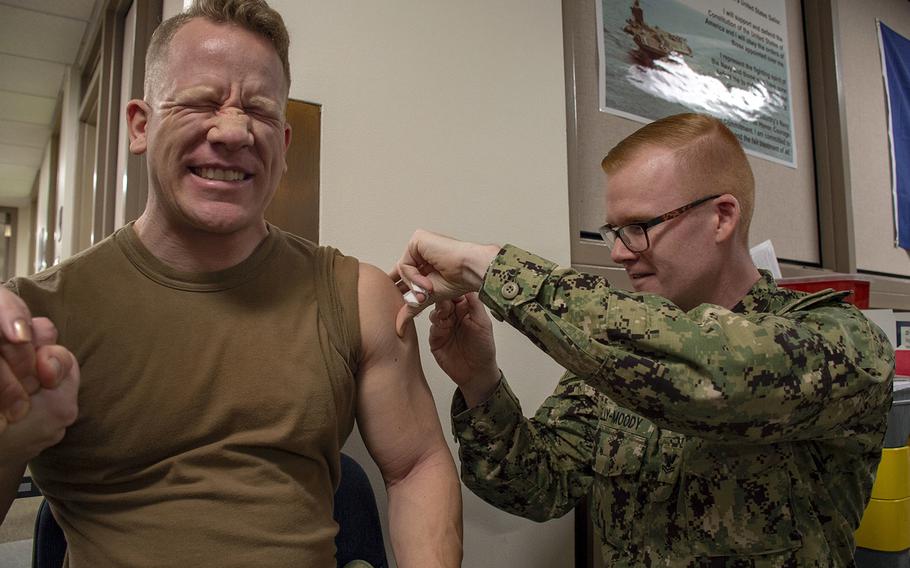 About 75,000 Tricare customers were overcharged for monthly premiums on Thursday, in some cases 100 times more than the actual amount owed.

The Defense Health Agency, which manages the Tricare system, said in a statement Friday that it was working closely with Humana Military, the Defense Department contractor that administers the Tricare health program for the East Region, the area affected by the overcharges. The region includes 32 states and the District of Columbia.

“While this is an unfortunate error, I am confident this will be resolved quickly,” Army Lt. Gen. Ron Place, director of the Defense Health Agency, said in the statement. “I am personally in touch with the president of Humana Military, and his team has taken immediate steps to correct this error.”

The root cause of the processing error is still under investigation, the statement said.

Health care coverage for affected Tricare customers will be uninterrupted, the statement said.

A recorded message on Humana Military’s customer service line promises callers that their credit cards will be credited “within 24 to 48 hours.”

The overcharges were an unwelcome surprise as Americans gearing up for holiday spending.

“So @Humana,” tweeted a former Coast Guard member in Virginia with the Twitter handle Devin’s Cyberz Cow on Thursday, “my wife and I are two of the vets that got TriCare charges multiplied by 100 times their normal amount this month. How soon will you be reversing them? For now you’ve effectively bricked my credit card during Christmas shopping season … ”

In a post on its website, Humana Military said the glitch was affecting recurring credit and debit card premiums and that the company was working to correct the problem.

“We pledge that we will do everything we can to ensure that beneficiaries are not adversely affected by this error, including covering overdraft and related fees,” the post said.