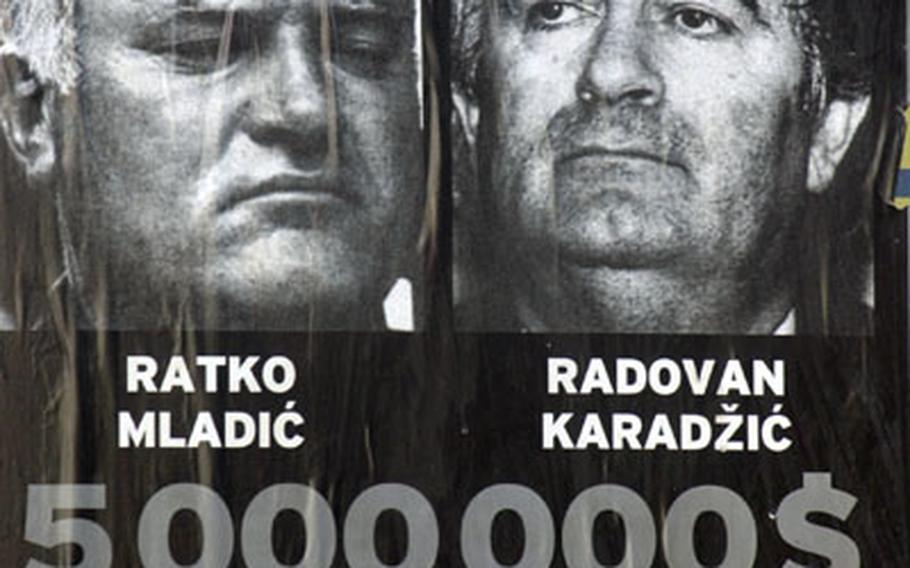 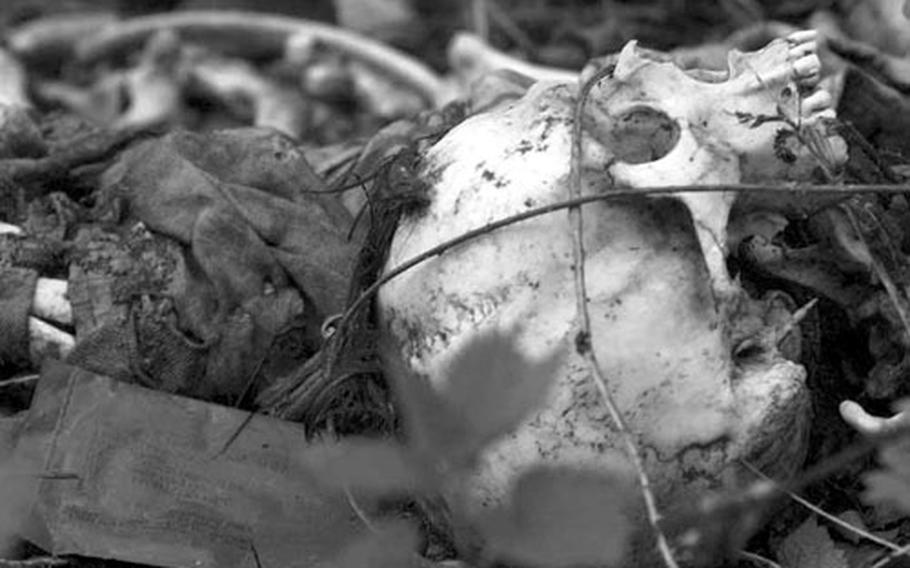 In a June, 1996 photo, a skull lies testament to the hundreds of men killed in a massacre on the hills of Konjevic Polje. The victim was a Muslim were attacked by Serbs while fleeing from Srebrenica in July, 1995. (S&S file photo)

SARAJEVO, Bosnia and Herzegovina &#8212; Dressed in a stylish black suit, a man sits down for dinner with his male companion in a four-star resort known for its swimming pools, flower-lined balconies and large, subtropical garden at the Bitacora Hotel on the Canary Island of Tenerife.

A bottle of Marqu&#233;s de C&#225;ceres arrives at his table, and the conversation and red wine start to flow. But before the two men polish it off, three armed, plainclothes Spanish policemen move in to arrest the smartly dressed man.

Though he checked into the hotel as Kristian Horuat, the gentleman was none other than Ante Gotovina, a former Croatian army general and the third-most-wanted suspect from the Balkan wars of the mid-1990s.

The arrest earlier this month of Gotovina and his subsequent extradition to The Hague, Netherlands, to face the U.N. war crimes tribunal was a huge victory for the international community.

Gotovina, 50, spent more than four years on the lam after the International Criminal Tribunal for the former Yugoslavia indicted him for crimes linked to the ethnic cleansing of Serbs in August 1995. It contends that, during and after a Croatian military offensive in the Krajina region, forces under Gotovina committed atrocities ranging from murder and persecution to plunder and the wanton destruction of cities, towns and villages. At least 150 Serbs died and 150,000 were evicted from their homes.

Besides taking a fugitive off the streets, the arrest has generated renewed interest in the last half dozen suspects still at large. Chief among them are Radovan Karadzic, the former Bosnian-Serbian leader, and Ratko Mladic, the Bosnian-Serbian army chief accused of orchestrating the Srebrenica massacre.

It has taken 12 years, but the ICTY&#8217;s work has now progressed to the point where its president can predict a possible end to the process: 2009, if all runs smoothly, which includes catching Karadzic and Mladic. In the last six months, the names of four indicted suspects have been crossed off a list that once flagged more than 160 individuals. That&#8217;s raising expectations that Karadzic, Mladic and the final four will soon join Gotovina behind bars.

But unlike Gotovina, whose fake passports suggest he traveled a lot, Karadzic and Mladic are not jetting around. Both are thought to be hiding in Serbia or Montenegro, said a senior Western diplomat familiar with war criminal issues.

The pair face indictments relating to the 1995 Srebrenica massacre of some 8,000 Muslims and for the deaths of more than 10,000 people in the siege on Sarajevo during the 1992-95 Bosnian war.

Published reports, attributed to Western intelligence sources, have placed Karadzic in northwestern Montenegro, a mountainous region near the city of Savnik, Karadzic&#8217;s birthplace. In May, he reportedly reunited with his wife, Ljiljana, in southeastern Bosnia, which borders western Montenegro.

Mladic is thought to be hiding out in Serbia.

The diplomat said steady progress has been made in getting the Croats and Serbs to realize it&#8217;s in their interests to work with the international community on capturing the last of the high-profile war criminals, though hundreds of low-level suspects could face charges in a Bosnian court.