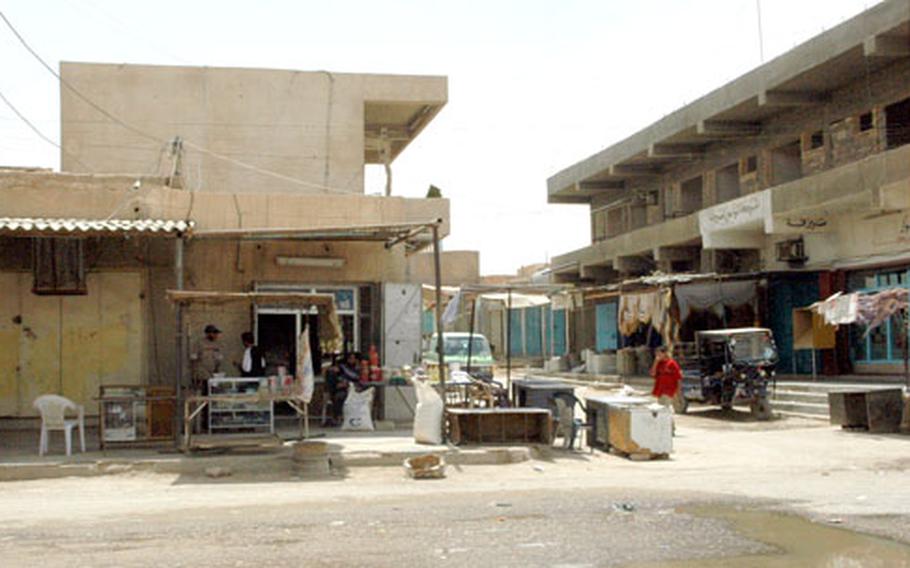 U.S. officials have a complex relationship with tribes in the border city of Husaybah. (Andrew Tilghman / S&S)

HUSAYBAH, Iraq &#8212; One year ago, tribal warfare broke out in this dusty border town and many families from one prominent tribe, the Abu Mahals, were forced from their homes in a bloody purge that left many tribal leaders dead &#8212; some beheaded.

In November, the U.S. Marines forged a strategic alliance with the exiled Abu Mahals and their militia. Working side-by- side, the Americans and Iraqis mounted a massive house-by-house sweep designed to rid the city of insurgents.

As the Marines seek to stabilize the city and quell the once-persistent insurgency here, they often turn to the Abu Mahals to help them run the fledgling government, provide security and keep watch for outsiders looking to stir up trouble.

At the same time, Marano tries to strike a delicate balance by also playing the role of disinterested broker.

For centuries, the ancient tribal dynamics have formed the underlying power structures in this far-flung part of Anbar province, where a narrow ribbon of lush villages sits isolated along the Euphrates River, far away from Baghdad geographically and culturally.

&#8220;It provides social cohesion,&#8221; said Lt. Col. Larry White, head of the civil-military operations center here. &#8220;As these infant government entities are stood up and gaining legitimacy, the tribal system provides a backbone.

&#8220;These guys have a long history of occupation, from the Persians to the Ottomans to the British. The tribal system has allowed their way of life to persist. Just because the central government changes, doesn&#8217;t mean the way of doing local politics has to change.&#8221;

The tribal dynamics were especially apparent when setting up a new police department.

The Marines had to discourage the local police chief from turning the local security forces into a tribal militia.

&#8220;He said he couldn&#8217;t guarantee the trustworthiness of his police unless they are all from his tribe, but at the same time, we know that you can&#8217;t guarantee security in the area unless everyone is involved,&#8221; said Maj. Robert Marshall, an Denver-area lawyer and Marine reservist who heads the police training team here

Last year, the Marines struggled to disarm the tribal militia that helped them take over the city. For weeks, the Abu Mahal leaders roamed the city openly displaying weapons, and residents complained of intimidation and murders.

In recent months, the Marines have helped incorporate the militia members into the local Iraqi army unit, giving a vital local component to a security force made up largely of outsiders from southern Iraq.

Many residents say the Marines&#8217; alliance with the Abu Mahal tribe is not ideal, but has had a positive impact on the troubled city.

Saleh Jedan, a 60-year-old member of the rival Salamani tribe, said tensions between the two groups of Sunni Arabs exists and &#8220;sometimes the Abu Mahals kill the Salamanis.&#8221;

He said the Abu Mahals&#8217; recent dominance is obvious, but is nevertheless preferable to tribal warfare that insurgents exploited to take over the city and use it as a battle ground to square off with U.S. troops.

For now, the Marines have tried to use the tribal system to their advantage. In the long run, however, many say the Iraqis will have to move away from their ancient social structures to adopt more modern, democratic ones.