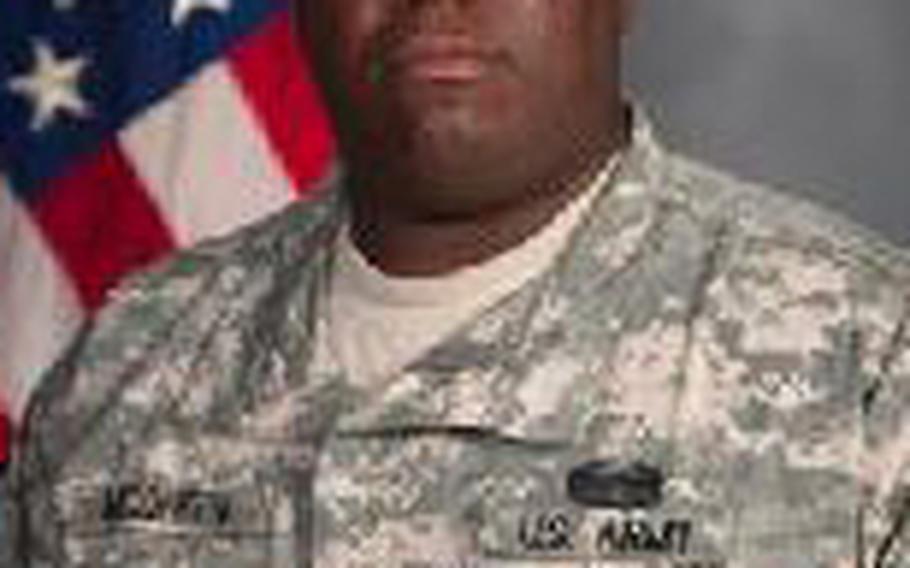 The general court-martial of a noncommissioned officer accused of trying to start a prostitution ring at Fort Hood, Texas, is slated to begin Wednesday.

After nearly a year of hearings and delays, Sgt. 1st Class Gregory McQueen is expected to stand trial on 21 criminal charges, including pandering, adultery and sexual assault, according to a Fort Hood news release. Trial judge Lt. Col. Rebecca Connally will preside; the case will be heard by at least a five-member military jury.

At least two of those female soldiers are expected to testify, the Killeen Daily Herald reported.

Much of their expected testimony is already known, thanks to the 2013 court-martial of former Master Sgt. Brad Grimes. Grimes an 18-year veteran, was found guilty of conspiring to patronize a prostitute and solicitation to commit adultery. He was demoted to sergeant first class and received a letter of reprimand.

During Grimes’ court-martial, McQueen was said to have recruited young, financially distressed female soldiers to be part of an escort service involving senior noncommissioned officers.

McQueen also allegedly assaulted another female private who revealed the scheme to Fort Hood authorities. She told investigators that McQueen touched her inappropriately during what she termed an “interview” to be part of the ring.