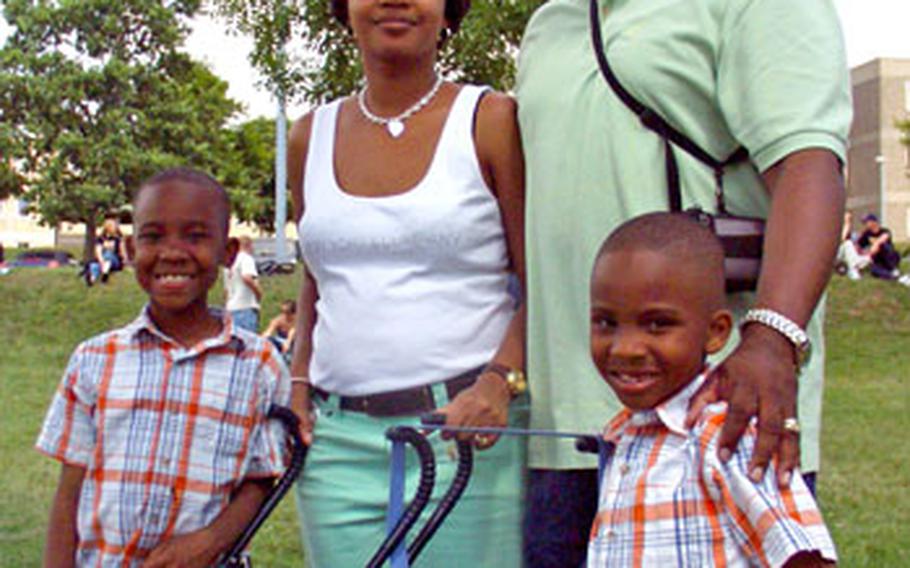 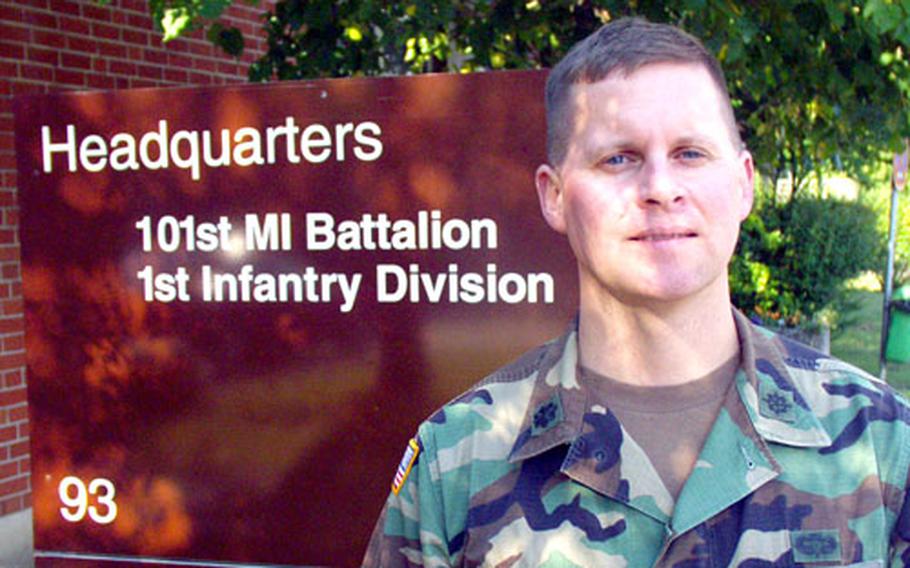 Lt. Col. Michael Lewis, commander of 101st Military Intelligence Battalion, said most of the 62 troops in Company C are single and will move along with the company offices from Würzburg to Schweinfurt’s Conn Barracks next month. Soldiers with families aren’t being required to move. (Steve Liewer / S&S)

Late last month soldiers in her husband&#8217;s unit, Company A of the 121st Signal Battalion, learned they would move 35 miles from Kitzingen to Schweinfurt by Sept. 30 in one tiny slice of the Army&#8217;s massive transformation program.

Pedroza has five children ages 2 to 11, four of them in school.

Her husband is in the United States in the basic noncommissioned officer course and won&#8217;t return for two months. She wants the kids moved to Schweinfurt before school starts early next month, so she&#8217;ll be doing it alone.

Pedroza is wearing a brave smile.

There will be lots more brave smiles in the years to come as more military units merge, disappear or move to meet the Pentagon&#8217;s transformation needs.

On July 29, U.S. Army Europe announced that about 18,000 soldiers and family members from Kitzingen, W&#252;rzburg and Giebelstadt would be moving as part of the 1st Infantry Division&#8217;s restructuring and relocation to Fort Riley, Kan.

While many 1st ID soldiers will have until next summer to prepare for their moves, those from two units &#8212; Company A of the 121st Signal, and Company C of the 101st Military Intelligence Battalion, based in W&#252;rzburg &#8212; must move right now. The rest of the two battalions will inactivate next year.

Both companies are being attached to the 1st ID&#8217;s Schweinfurt-based 2nd Brigade Combat Team, which has lost more than half of its soldiers since the division returned from Iraq in the spring. The two companies worked with the team during last year&#8217;s deployment, and now they will be permanently attached.

Lt. Col. Mike Lewis, commander of the 101st Military Intelligence, said most of the 62 troops in Company C are single. The company offices and single soldiers will move to Schweinfurt&#8217;s Conn Barracks next month. Because the unit&#8217;s home base, Leighton Barracks, isn&#8217;t scheduled to close soon, soldiers with families aren&#8217;t being required to move.

The 121st Signal families aren&#8217;t so lucky. Because the Marshall Heights housing area where they live is scheduled to close next year, about 90 soldiers with families must move this fall, said Capt. Sean Bratton, the company commander.

Bratton said families with children will get first chance to move so they can resettle before school starts Aug. 29. Families with compelling reasons to stay in Kitzingen will be allowed to do so.

Soldiers and families have met twice with leaders of the Schweinfurt-based 280th Base Support Battalion.

Garrison said he hopes his unit will be moved to Conn by the end of September. But his timetable is tight, because USAREUR&#8217;s &#8220;unit move order&#8221; has not worked its way down to the unit yet. Without it, soldiers can&#8217;t start moving their families.