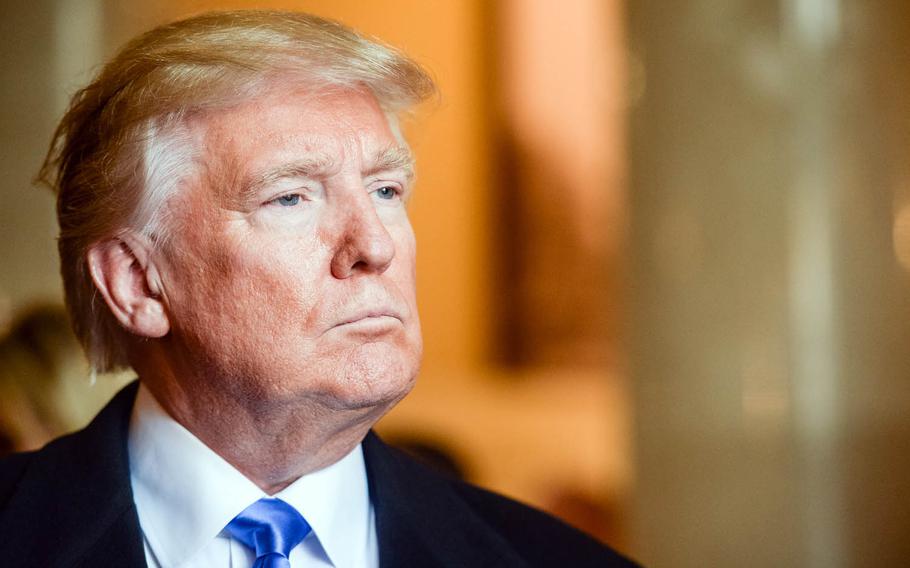 President Donald Trump withdrew the United States from the Trans-Pacific Partnership on Monday, Jan. 23, 2017, using one of his first actions in office to reject a centerpiece of Barack Obama's attempts to counter China and deepen U.S. ties in Asia. (Alicia Brand/U.S. Army photo)

President Donald Trump withdrew the United States from the Trans-Pacific Partnership on Monday, Jan. 23, 2017, using one of his first actions in office to reject a centerpiece of Barack Obama's attempts to counter China and deepen U.S. ties in Asia. (Alicia Brand/U.S. Army photo) 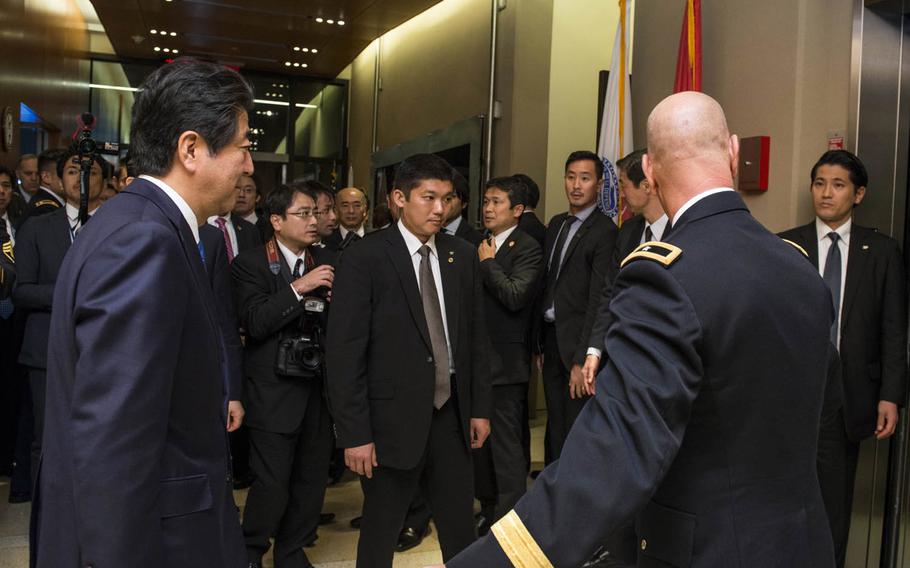 YOKOSUKA NAVAL BASE, Japan — President Donald Trump’s withdrawal from an economic agreement favored by many in Asia has left Japan and others worried that American-led security in the region will decline as a result.

Most others within the 12-nation TPP went through their own domestic political battles, whether with farmers over rice tariffs or automakers on opening markets.

TPP negotiations developed against the backdrop of China’s growing influence in the region. Several nations’ trade relationships with China are very imbalanced, leaving them to factor in any economic retaliation Beijing might take when devising their security goals.

TPP could have lessened that imbalance, Asia analysts and government officials said.

With the agreement abandoned by the U.S., doubts about Washington’s regional commitment that persisted even during the Obama administration’s Asia-Pacific “rebalance” are growing louder.

“For allies in particular, [TPP] was evidence that the United States would be anchored in the region for a long time to come,” Sheila Smith, senior fellow for Japan studies at the Council on Foreign Relations, said in a phone interview. “If we don’t have the economic anchor, the strategic anchor is a little bit more susceptible to short-term decision making.”

Some of the U.S. military’s top officers in the region largely agreed with that assessment last year.

Pacific Command commander Adm. Harry Harris told a Los Angeles gathering in September he wasn’t the man to talk about TPP’s economic impact or to advocate legislation. However, he said the deal would protect the U.S. defense industrial base and combat cyber theft.

“TPP would strengthen stability and security by deepening our relationships throughout the region and raising the bar to entry to protect the things that matter,” Harris said.

Meanwhile, Pacific Fleet commander Adm. Scott Swift told a security forum in Washington in May that, “if I had to pick one thing in the Pacific that has the greatest potential for increasing the stability, and overcoming the vectors of instability that are in play, it’s TPP.”

Both commanders have expressed wariness over China’s assertive moves in the East and South China seas, where Beijing has threatened what they view as freedom of navigation in international waters and airspace.

More than $1.2 trillion in U.S. trade passes through the South China Sea annually.

The Obama administration encouraged its partners in Asia to work together, partly in an effort to keep China operating within international norms. A deal with Tokyo, a close ally but one with waning economic clout compared to Beijing, was part of that strategic vision.

“TPP offered Japan a way to leverage domestic change, but also to buff up its reputation in Southeast Asia as well,” Smith said.

Trump prefers bilateral economic deals over multilateral trade blocs. It remains to be seen how enthusiastic other nations will be to negotiate such deals if they have to start from scratch — nor is it entirely clear what Trump wants to change, Smith said.

Trump’s goals for a renegotiation of the North American Free Trade Agreement could potentially become the basis for deals with Pacific nations, Smith added.

Opponents have attacked the TPP for negatively impacting manufacturing jobs. Others have said it gives corporations too much power to challenge U.S. environmental regulations, though supporters say it will improve environmental standards overall.

On Tuesday, statements from Australia, New Zealand and Malaysia indicated that a pact without the U.S. might be possible.

“Losing the United States from the TPP is a big loss — there is no question about that — but we are not about to walk away from our commitment to Australian jobs,” Australian Prime Minister Malcolm Turnbull told reporters in Sydney on Tuesday, according to The Associated Press.

In November, Japanese Prime Minister Shinzo Abe called TPP without the U.S. “meaningless.” On Monday, even as U.S. agreement appeared hopeless, Abe told the national Diet that he still hoped to persuade Trump of its benefits.

TPP’s centrality to “Abenomics,” the prime minister’s plan for growth, means he can’t abandon the pact’s details so easily.

Japan has other options, such as joining a more limited, China-influenced Regional Comprehensive Economic Partnership.

Trump’s campaign pledges to spend more on infrastructure also have some Japanese businesses interested. Some want to invest in infrastructure funds, while others may benefit if advanced rail technology is part of the mix.

However, none of those options would have as wide an effect as TPP, said Hideki Matsumura, a senior economist at Japan Research Institute.

“It is necessary for Japan to seek something close to [TPP], which involves the United States,” he said.