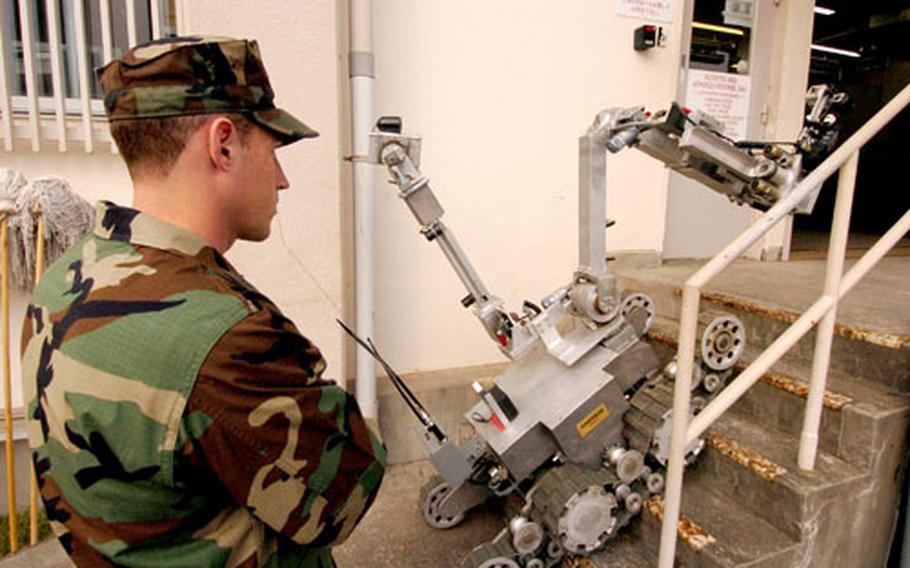 Chief Petty Officer Isaac Callicrate monitors a bomb-removal robot as it climbs stairs during a drill at the Yokosuka Naval Base, Japan, post office. (Christopher B. Stoltz / S&S)

Chief Petty Officer Isaac Callicrate monitors a bomb-removal robot as it climbs stairs during a drill at the Yokosuka Naval Base, Japan, post office. (Christopher B. Stoltz / S&S) 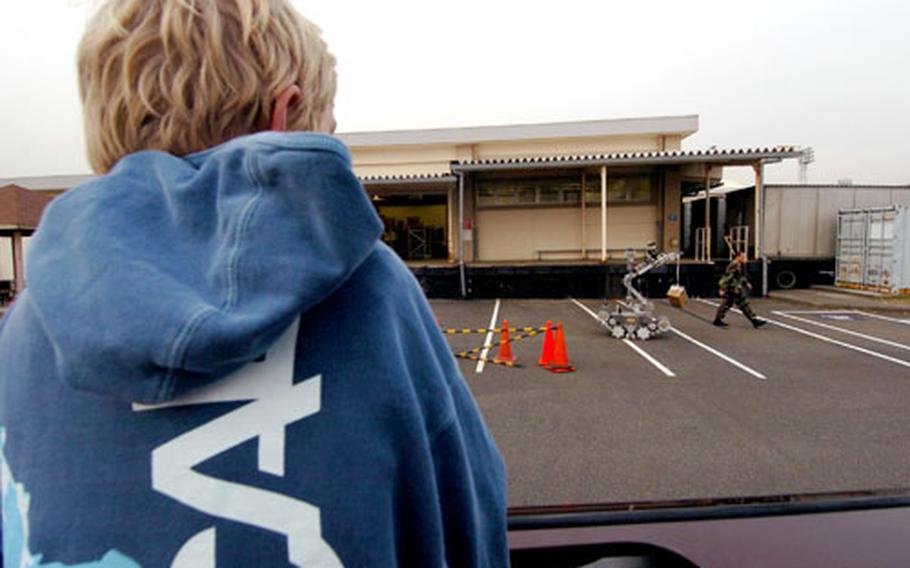 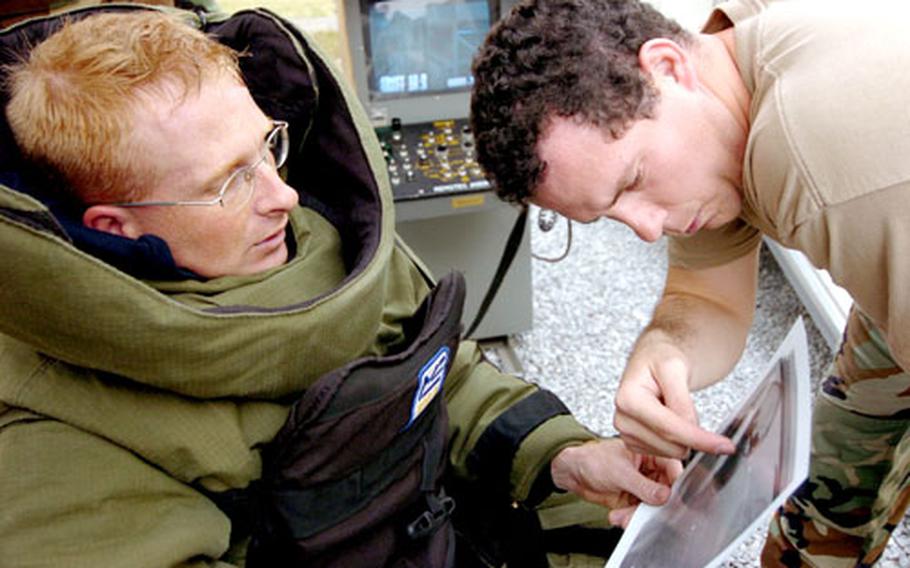 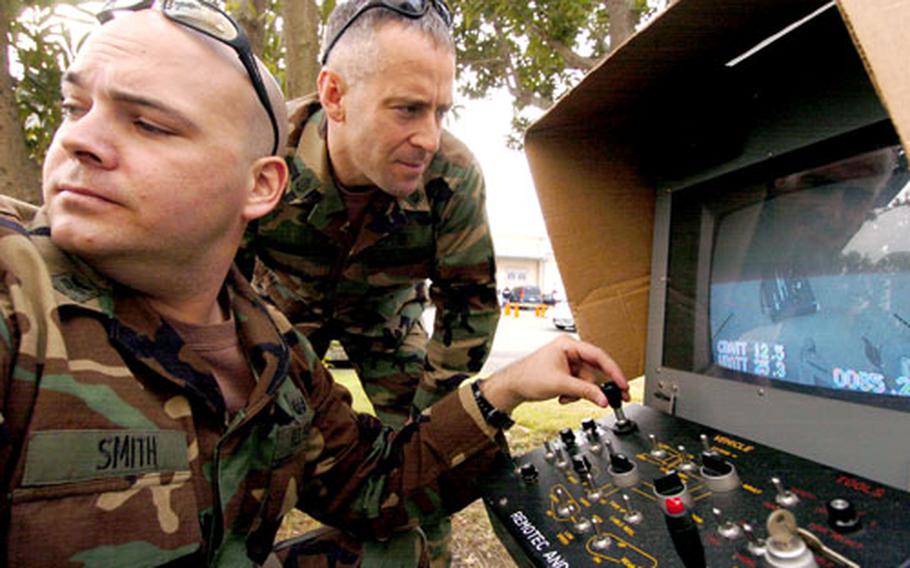 YOKOSUKA NAVAL BASE, Japan &#8212; The box says &#8220;Merry Christmas&#8221; like the thousands of other packages passing through the Yokosuka Naval Base Post Office this time of year.

If a package looks like it&#8217;s going to spread more than holiday cheer, the base&#8217;s EOD unit rolls in for a closer look. In a recent post office simulation, the &#8220;Merry Christmas&#8221; box contained three sticks of training TNT and a switch that would trip upon opening.

&#8220;We want to make the situation as realistic as possible,&#8221; Callicrate said. &#8220;In this case, we were dealing with a suspicious package that ended up an improvised explosive device.&#8221;

The clock started ticking and the mobile unit moved to the post office. A radio-controlled robot was the first to approach the package.

Outfitted with several cameras, the robot&#8217;s primary job is reconnaissance. Its extending, articulating arms pick up and grab things and are controlled by a joystick.

Robots are used to &#8220;maximize survivability&#8221; here and in units in Iraq, Callicrate said.

Enter Petty Officer 1st Class Keith Pierson in a bomb suit &#8212; a 100-pound coat of armor so heavy and hot it has its own cooling system. After the robot brought the package outside, Pierson X-rayed it. Because it contained explosives, it was taken to a safe location for disposal.

The exercise took about two hours from start to finish.

Besides handling improvised explosive devices, EOD works with other types of unexploded ordnance such as chemical, biological, undersea and nuclear weapons. Yokosuka&#8217;s eight-person detachment covers 32 installations, as EOD has joint service agreements with the Air Force and Army.