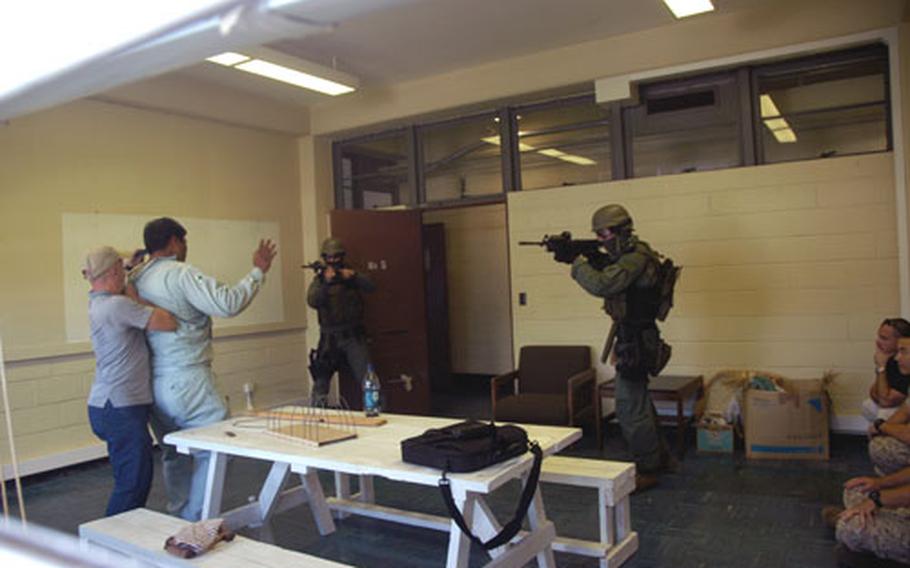 Marines of the Camp Foster, Okinawa, special reaction team face off with a mock terrorist, who was holding two hostages. Army officials hosted the terrorism drill at Port Naha on Okinawa. (Will Morris / S&S)

Marines of the Camp Foster, Okinawa, special reaction team face off with a mock terrorist, who was holding two hostages. Army officials hosted the terrorism drill at Port Naha on Okinawa. (Will Morris / S&S) 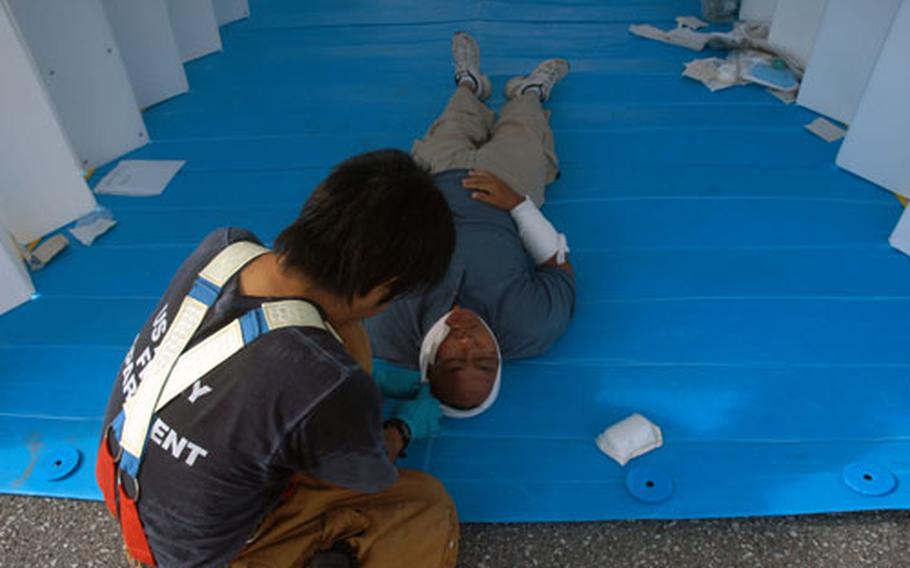 A firefighter from the U.S. Army Fire Department treats an office worker “wounded” in a mock suicide bomb attack. (Will Morris / S&S) 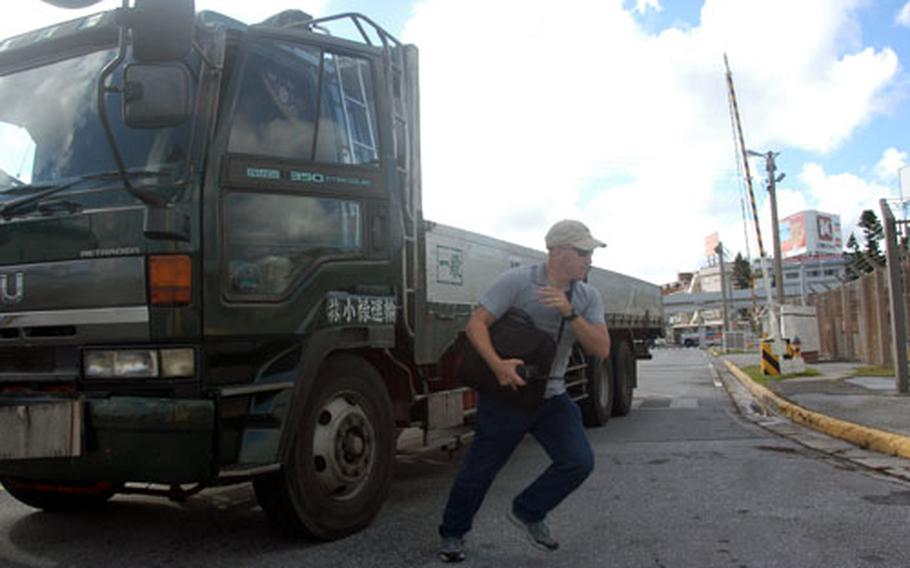 Acting as a terrorist, Staff Sgt. Doug Howell sprints from a truck to plant a simulated bomb. (Will Morris / S&S) Marines of the Camp Foster, Okinawa, special reaction team assault across a parking lot toward a building where a mock terrorist was holding two hostages. (Will Morris / S&S) 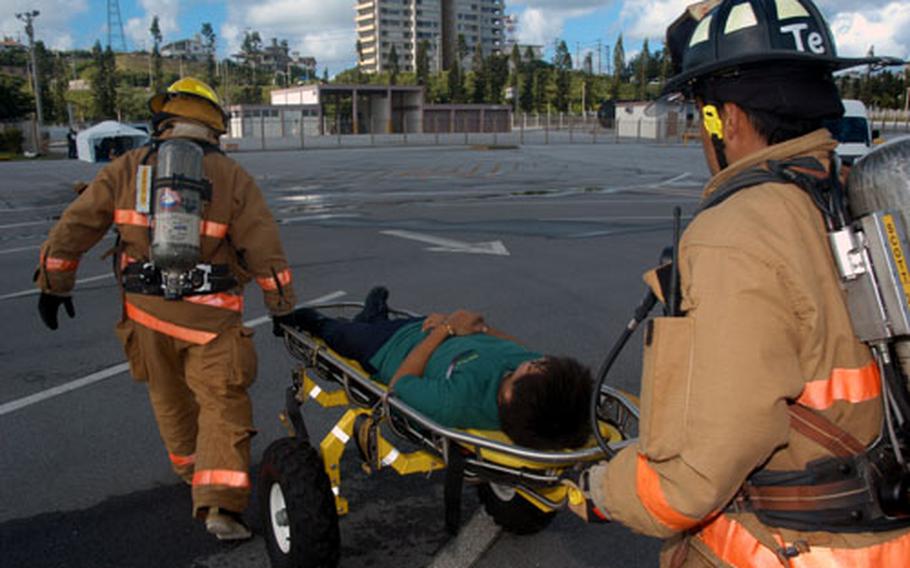 A suicide bomber drives a truck into an office building and then blows himself up.

Another man plants a homemade bomb next to a shed containing propane canisters.

Any one of those incidents could throw a U.S. base into chaos. On Thursday, the Army&#8217;s 835th Transportation Battalion stationed at the Port of Naha, Okinawa, along with personnel from the Marine Corps, Navy, Air Force and Japanese police simulated an attack involving all three.

The exercise started shortly after 8:30 a.m., when a flatbed freight truck &#8220;crashed&#8221; through the front gate at the Naha Port. As the driver of the truck sped off to the headquarters of the 835th, another man jumped out of the vehicle, sprinted to a shed containing propane, planted a bomb and continued running.

When the driver got the headquarters building, he simulated setting off a bomb, which &#8212; according to the exercise &#8212; collapsed half the building. Meanwhile, the other terrorist hid in a garage and took two hostages.

The fire department on base quickly evacuated the rest of the headquarters building and set up both a command center and a triage unit to treat casualties. While units from Kadena Air Base and Camp Foster were notified and deployed to the scene, firefighters treated casualties.

A Marine Corps explosive ordnance disposal team was deployed to the port, as was an Air Force hostage negotiation team and a special reaction team from Camp Foster that has capabilities much like a SWAT team.

For a couple of hours, the terrorist taunted the command center with insults. After the mock explosive device was disarmed by a remote-controlled robot, the reaction team assaulted the building where the terrorist was.

The exercise wasn&#8217;t without its hang-ups. Foote said certain assets could have gotten into action a lot faster than they did. He also said they need more local involvement in the training.