Training resumes for Air Force unit after crash in Texas 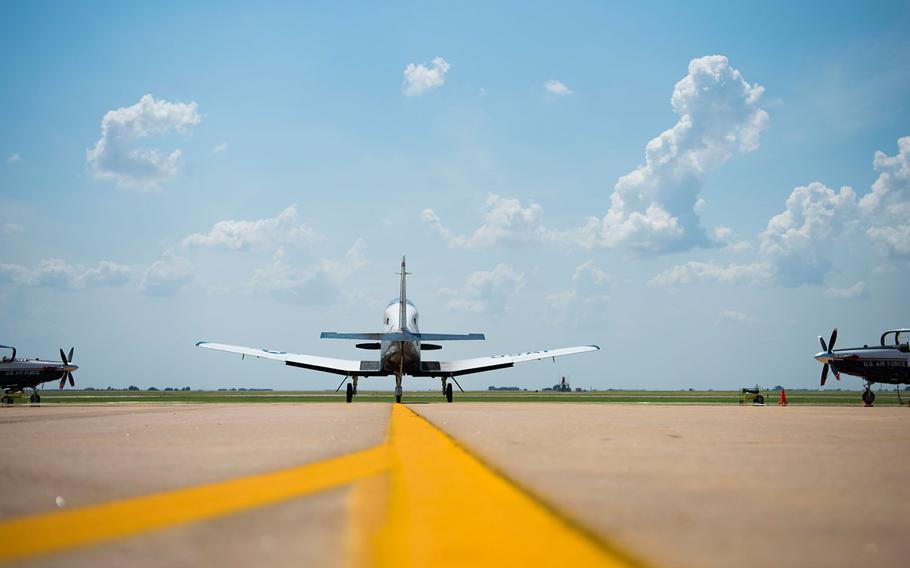 AUSTIN, Texas – The 12th Flying Training Wing at Joint Base San Antonio-Randolph resumed training Friday morning after one of its aircraft crashed three days ago near a shopping mall, officials for the unit announced.

The T-6A Texan II aircraft’s engine failed and it crashed at about 4 p.m. Tuesday near a San Antonio mall as it was returning to base. The two pilots, Lt. Col. Lee Glenn and 1st Lt. Nicholas Donato, ejected safely from the plane before it crashed. Both men were treated and released from a base clinic Tuesday night.

“The aircraft experienced an engine failure on final approach at low altitude, configured for landing before our airmen ejected,” said Col. Mark S. Robinson, the wing commander. “(A safety investigation board) has been established and is currently evaluating all aspects of the aircraft, including the engine components, to determine the cause of the crash.”

However, based on an initial review of the incident, performance history, and consultation with experienced aircraft maintainers and pilots, Robinson concluded the engine failure that preceded the pilots’ ejection is isolated to the specific aircraft involved in the crash and is not a larger fleet-wide problem. He authorized T-6 flying operations should resume, according to the release.

“Our T-6 crews and maintainers are the most professional, knowledgeable and experienced in the Air Force,” Robinson said. “I have full confidence that our T-6 aircraft are safe to fly and that our pilots are eager to get back to their mission -- training airmen.”

There were no civilian casualties, and the extent of damage to property is still being determined.