Training resumes at Fort Hood; wildfires on base contained 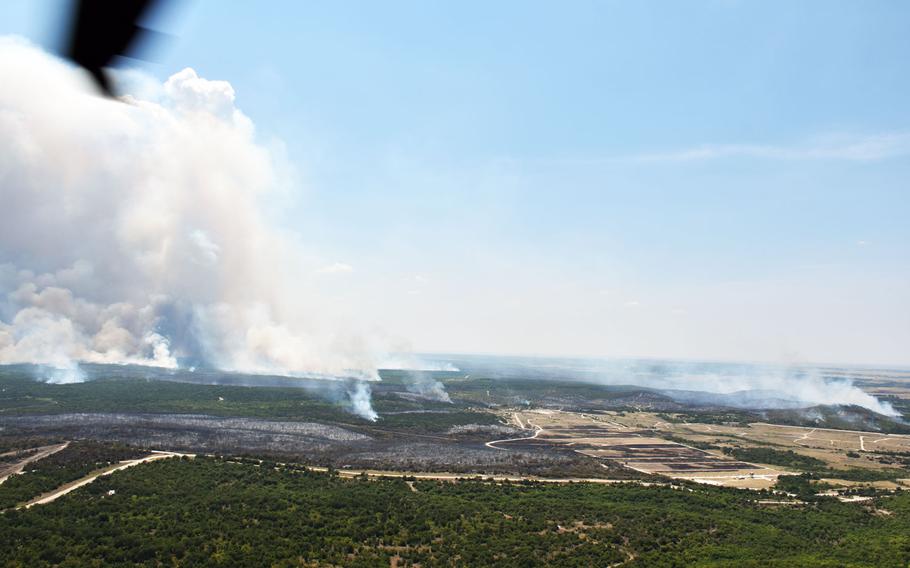 AUSTIN, Texas — Live-fire training has resumed at Fort Hood now that firefighters have contained the wildfires in the post’s training area, according to a statement released Tuesday by Fort Hood.

The fire in the northern portion of the training area at the base is now 100 percent contained and any remaining hot spots are within a controlled area, according to the release. A small remnant of a larger fire in the southern portion of the range remains within the impact area, where troops fire live rounds. Because no one is allowed access to this area, it is safe to resume training, base officials said. At the fire’s largest, it covered about 8,500 acres of the 214,000-acre post. It was unclear Tuesday exactly how many acres were still burning.

Fort Hood leadership suspended live-fire training a week ago, but cleared units to resume activities on all ranges Tuesday. During the last week, officials said there was no impact to readiness, as units re-adjusted their schedules to work on other skills in the interim.

Because conditions remain dry and primed for fire danger, officials at Fort Hood will continue preventative measures, the release stated. Fire department and public works officials will continue to improve the boundaries of the range area and fire breaks.

Fort Hood is home to 36,000 soldiers and about 45,000 military dependents living in the surrounding communities. At no point during the firefighting were the population or facilities in danger.