Training Iraqis to be soldiers remains a challenge for U.S. troops 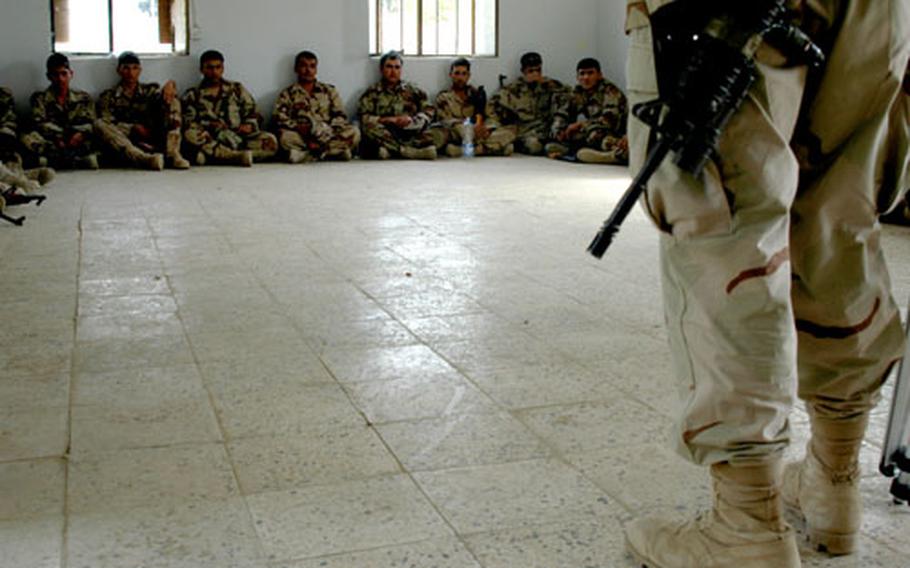 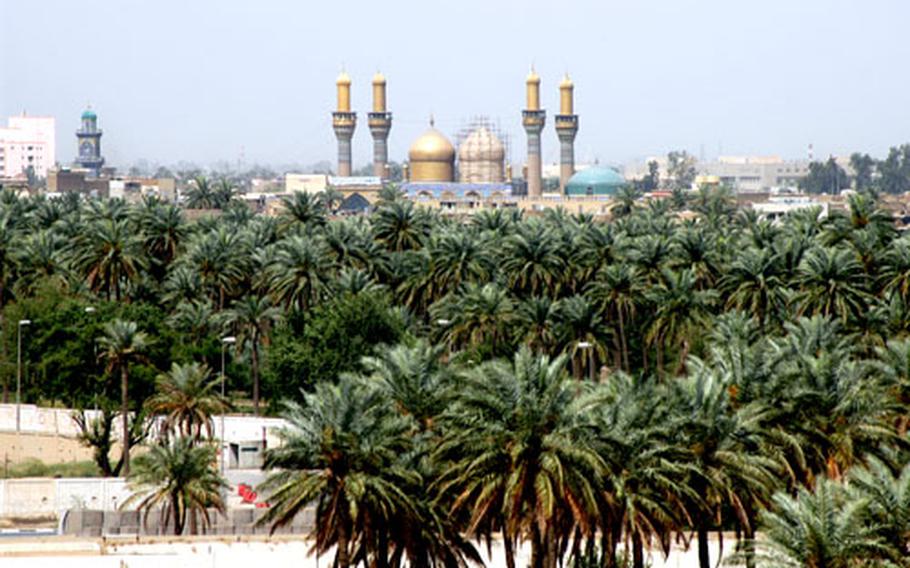 Iraqis say this shrine in Kadhamiyah is one of the holiest places in Baghdad. The men who used to guard Kadhamiyah have grown into a battalion of the Iraqi army. (Teri Weaver / S&S) 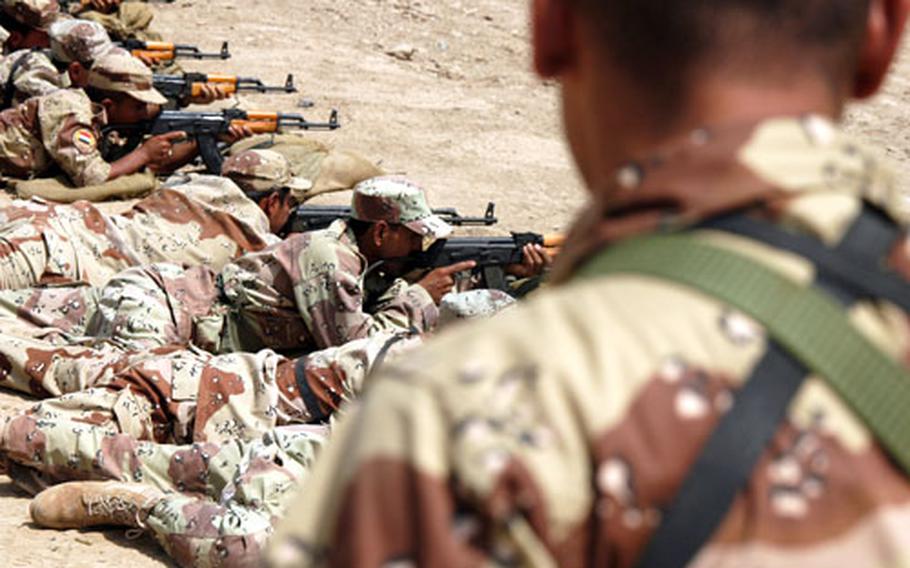 An Iraqi soldier watches as dozens of soldiers try to hit their targets at a shooting range at Camp Justice in Baghdad. (Teri Weaver / S&S)

FORWARD OPERATING BASE JUSTICE, Iraq &#8212; The Kadhamiyah shrine, a gold-tipped mosque on a bustling boulevard just west of the Tigris River, is one of the holiest sites in Baghdad.

As such, it once had its own guard, according to U.S. military leaders here. In the past few months, the Iraqis have taken that guard, recruited more members and created a new battalion. By summer&#8217;s end, U.S. and Iraqi officials hope, the Kadhamiyah Guard will be the Kadhamiyah Battalion.

The training is dependent upon a small advisory group of American soldiers. At Camp Justice, the &#8220;military transition team&#8221; consists of 38 U.S. soldiers who are responsible for training nearly 900 Iraqi troops. The goal of the American soldiers, reservists from New York and Louisiana, is to get the battalion ready for its first patrol at the end of the summer, said Maj. Brad Sonnier, head of the Kadhamiyah Battalion trainers.

The U.S. soldiers have special motivation: The sooner the Iraqis can secure their own country, the sooner U.S. troops can go home.

Many things could delay that first patrol. Tasks that seem simple to running a military school, such as keeping up-to-date enrollment lists and written training plans, become monumental when approached from two different militaries with two different histories. That&#8217;s compounded by the lack of translators, a necessity impossible to improvise.

The challenges go far beyond language barriers. Much of the Iraqi military equipment is limited and mismatched. The Iraqi side of the base needs a dining facility, and most of the buildings on both sides have no working plumbing. The power repeatedly surges and fails.

It&#8217;s in the classroom and on the field where both nationalities find encouragement. The Iraqis who come want to learn to be better fighters, the American and Iraqi officers say. They get excited, even dance and shout, when they accomplish the smallest task, like hitting a still target or calibrating their AK-47s.

Some of the Iraqi soldiers live at Justice, eight to a room. Most, however, make a daily commute to get to what, in many ways, is their 9-to-5 job.

Retention is one of the biggest obstacles, said Sonnier. In Iraq, when each man joins the army, he signs no contract and faces no penalty for withdrawing at any time, the major said.

So far, between 5 percent and 10 percent of the Kadhamiyah battalion hasn&#8217;t shown up for training, he said. They will likely be fired, which, in reality, just means their names will be erased from the enrollment lists.

Other obstacles wreak havoc on attempts to run a successful school. For weeks, enrollment lists have contained duplicated names, including one name and accompanying identification number that was listed nine times. Sometimes Iraqi leaders make decisions without telling the Americans, such as shifting platoons among companies.

On Saturday, a few weeks into the training, none of the four American lieutenants assigned to shadow Iraqi company commanders knew how many soldiers were under each commander&#8217;s charge.

Then there are the frequent absences among the students. Sometimes the Iraqi soldiers are turned away at the gate in the mornings because they don&#8217;t have the right paperwork or because the ID scanner isn&#8217;t working properly. There is also the constant possibility of insurgent attacks on military recruits.

First Lt. Jon Clark&#8217;s assignment is to shadow Capt. Ali Mohammed, commander of the Iraqis&#8217; Company D. Like many other officers, Mohammed served in the Iraqi army before the war, &#8220;before our guests came,&#8221; he laughs, with the help of an interpreter.

Clark laughs, too. The 30-year-old lawyer from Manhattan is a member of the 101st Cavalry with the New York National Guard. At home, he works for New York City, drafting and interpreting legislation.

Mohammed says the army, with its offer of a steady paycheck, is helping some Iraqis in the short term. He mentions a friend who is a mathematics professor and who earned only $100 a month teaching. The man joined the army, where he makes three times as much.

The Americans are learning to bend a little to the Iraqis. Meeting and training times are rarely punctual. If class is to begin at 9 a.m., everyone may not actually assemble until closer to 10 a.m.

Another thing that grates on American nerves is the Iraqis&#8217; lack of attention to trash. In much of Baghdad, street curbs serve as garbage dumps. The Iraqis bring the same habits to their base. The Americans remain silent, but it&#8217;s hard for them to separate messiness from disorder, soldiers say.

Sonnier and the other Louisiana Guard members are due to leave in the early fall. When asked to guess what Iraq might look like in five years, he pauses. He sees a small U.S. presence and a stronger economy that is moving toward a free marketplace.