Training in a mechanical zoo 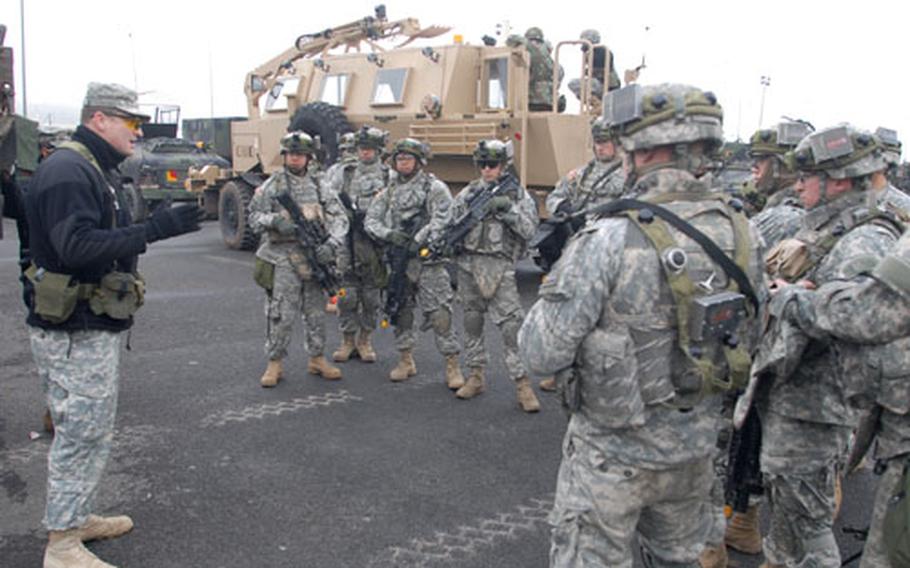 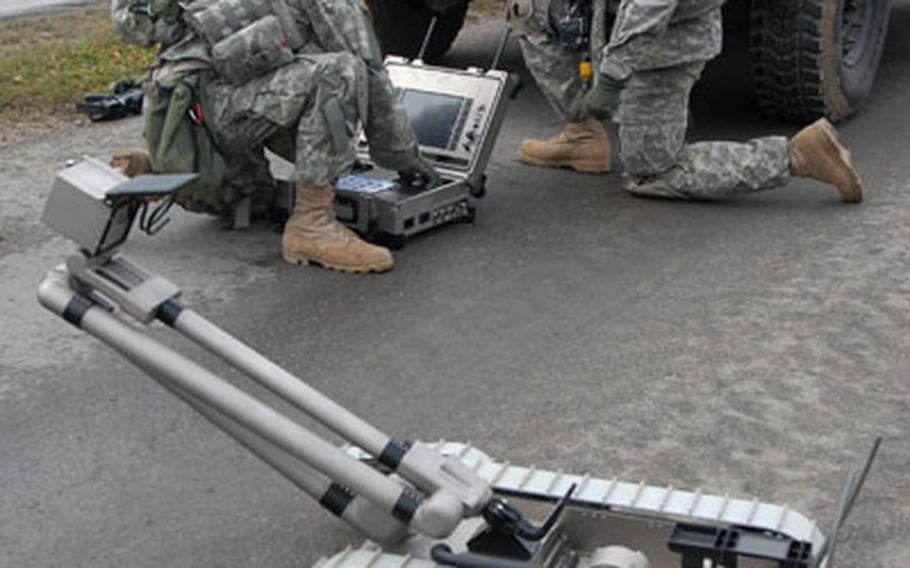 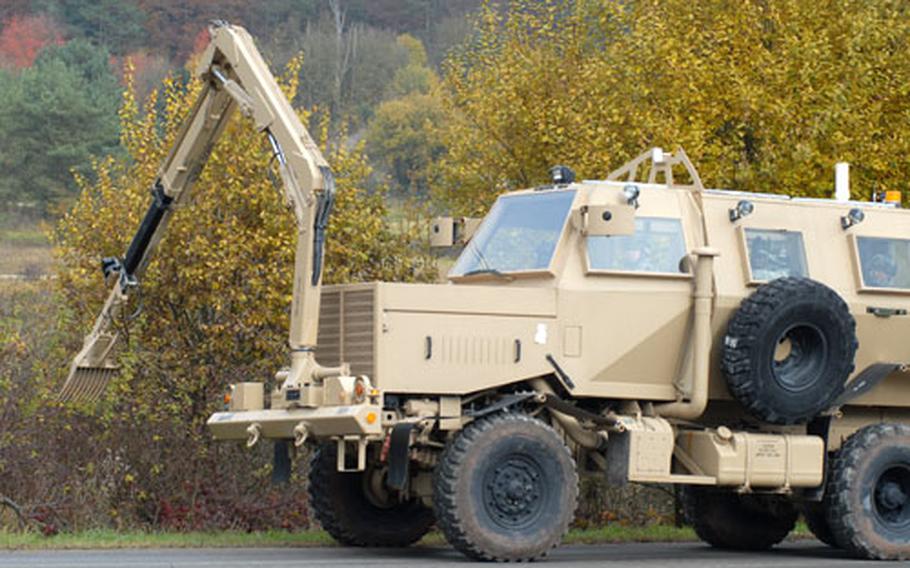 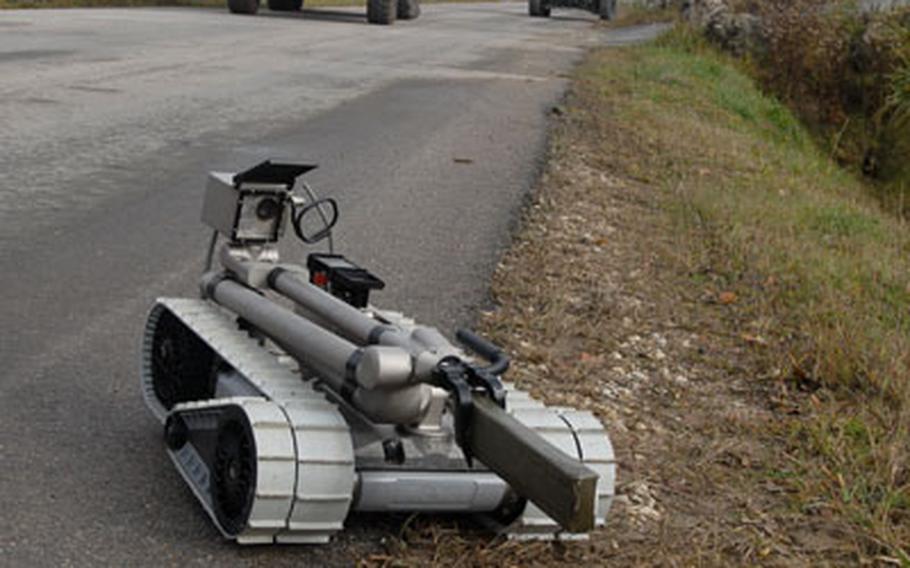 A Pacbot prepares to place a simulated explosive charge on a mock roadside bomb while engineers watch from the safety of a Buffalo armored vehicle, left, and a Humvee equipped with a Rhino. (Seth Robson / S&S)

Soldiers of Company B, 40th Engineer Battalion are getting ready for a route-clearance mission when they deploy early next year with 1st Armored Division&#8217;s 2nd Brigade.

The engineers will be involved in daily patrols to scout for bombs on roads used by coalition troops in Iraq, according to Sgt. 1st Class Robert Miles, 34, of Dubois, Pa.

To prepare for the mission, the engineers set off in a convoy Wednesday along an on-post road at Hohenfels.

The lead vehicle &#8212; a Humvee &#8212; had a Rhino attached to the front of it. The Rhino, which protrudes like a giant horn, is an electrical device designed to detonate roadside bombs along the route before the convoy reaches them.

A Buffalo followed the Rhino. The Buffalo is a heavily armored vehicle, tougher than a tank and designed to protect soldiers inside it, Miles said.

Company B has trained for the past four months with a Buffalo surrogate &#8212; a training version of the Buffalo that replicates its shape and includes a large robotic arm used to investigate suspected bombs, he said.

&#8220;The Buffalo is an awesome piece of equipment. If we see a change, we can interrogate it with the Buffalo knowing that we can survive an IED,&#8221; he said.

When the engineers spotted what looked like a bomb on the road, they brought the Buffalo up and extended its arm to poke and prod the object, which turned out to be an empty plastic bag.

Staff Sgt. Eric Burrola, 26, said his unit will also get RG-31 armored cars in Iraq, which perform a role similar to a Humvee but have heavier armor.

The San Diego native said he&#8217;s learned to use the Buffalo&#8217;s robot arm and cameras attached to it to stay as far away as possible from a suspected bomb while he investigates it.

Burrola said he doesn&#8217;t feel nervous in the Buffalo.

&#8220;They have taken several hits downrange and there have not been any deaths of personnel within the vehicles. It can sustain quite a few blasts of substantial size. You will leave the vehicle with a headache, but you will be all right,&#8221; he said.

The engineers use small, remote-controlled robots as a backup to the Buffalo in case its arm malfunctions or gets damaged by an IED.

Pvt. Blake Tyndall, 19, of Richlands, N.C., has experience using the Talon, a tracked robot weighing less than 100 pounds and equipped with cameras and its own mechanical arm. He&#8217;s also learning to use a newer, similar robot, the PackBot.

Further along the route at Hohenfels, the engineers found another suspected roadside bomb. This time, it was a mock artillery shell. So Tyndall drove the PackBot up close to it to place a stick of simulated explosive that could be &#8220;detonated&#8221; to destroy the bomb.

Gonzalez said his favorite robot in Iraq was named Sanchez. The engineers used Sanchez to identify roadside bombs before they called in explosive ordnance disposal experts to deal with them, he said.

Sadly, another robot he worked with, a Marcbot named Johnny, was blown up while it investigated a roadside bomb, he said.