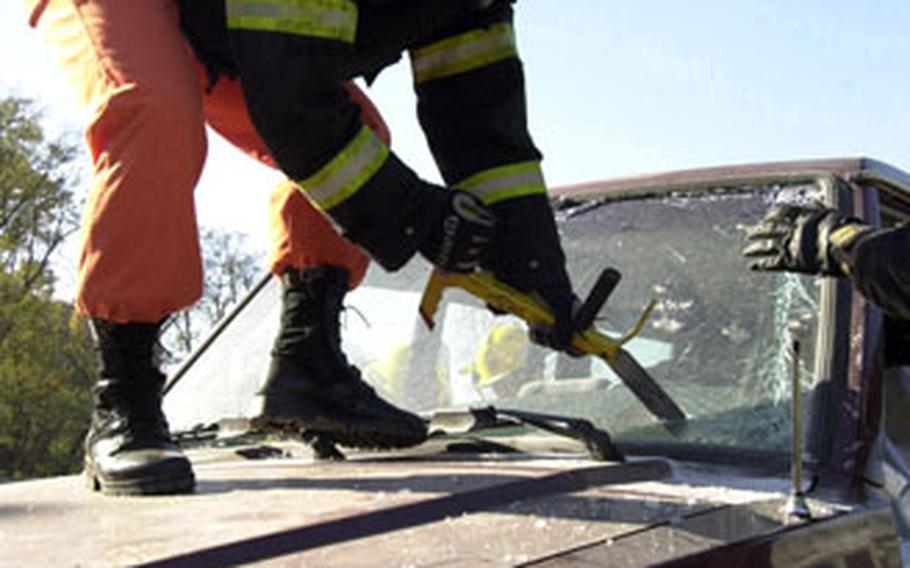 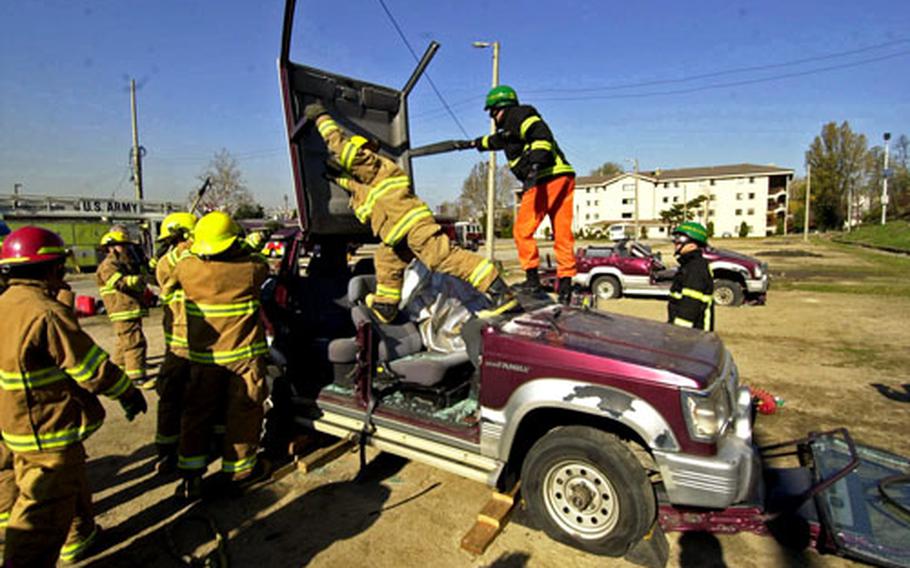 Yongsan Garrison and off-base firefighters peel back the roof of the vehicle. (T.D. Flack / S&S) 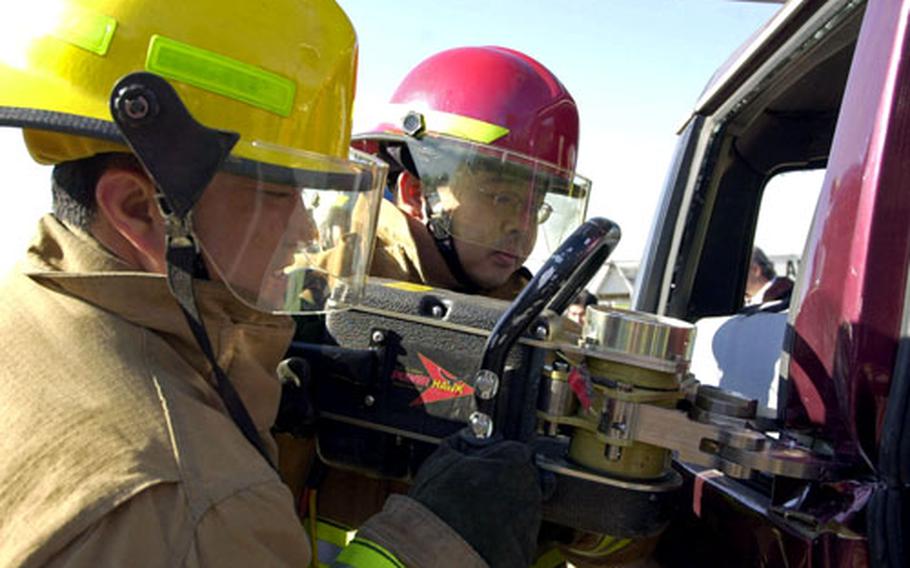 Yongsan Garrison firefighters use the “jaws of life” during the extraction training. (T.D. Flack / S&S)

Andrew Cheyne, training officer, said he invited about 30 Yongsan-gu firefighters to the Army base Wednesday and Thursday to practice &#8220;vehicle extractions.&#8221; Cheyne managed to obtain two vehicles that were to be destroyed to lend realism to the training in which firefighters practice pulling victims from car wrecks.

Both fire departments displayed their gear and exchanged information on techniques and procedures before practicing on the vehicles.

One firefighter strapped himself in the driver&#8217;s seat to act as the victim. Yongsan Garrison firefighters worked on one side of the car while their off-base peers started on the other side.

Cheyne explained the key was first to stabilize the vehicle by placing chocks under the tires, ensuring the battery was disconnected and there were no fuel leaks.

After the vehicle was steady, firefighters used an axe and crowbar to create a purchase point in which they could insert the &#8220;jaws of life spreader,&#8221; Cheyne said.

Within minutes, firefighters had ripped the doors off the vehicle and were cutting their way through the window frames.

Leaping onto the hood of the truck, the firefighters peeled the roof back, exposing the victim.

Cheyne said it was a good experience for both teams of rescue personnel.

&#8220;It builds strong relationships,&#8221; between firefighters who can be called upon to assist each other, he said.