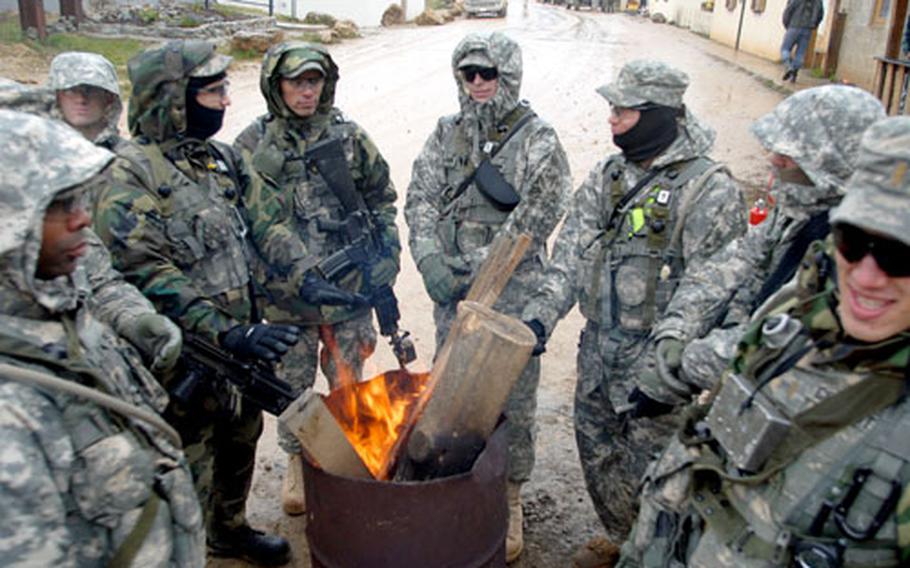 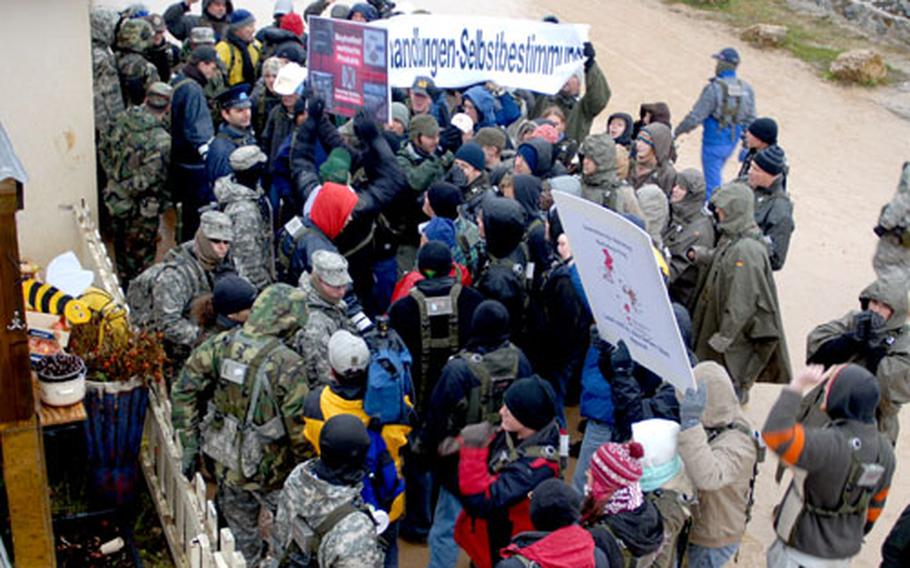 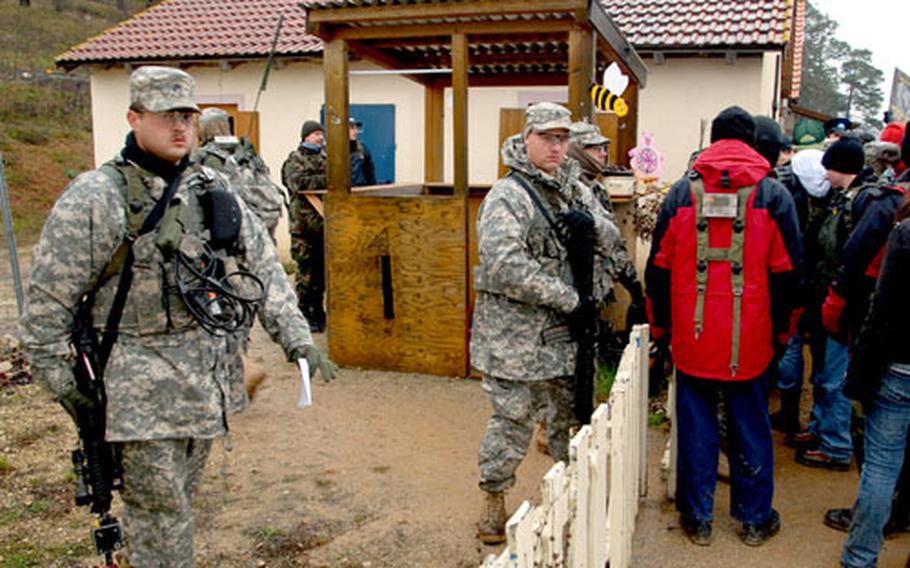 HOHENFELS, Germany &#8212; A rotation of 1,500 National Guard troops from 22 states is training here for deployment to Kosovo later this month.

The deployment of the group, called K-For 8, comes in the midst of negotiations to determine the future of the former Yugoslavian province. Ethnic Albanians, which make up 90 percent of the population, favor independence but the minority Serbs want Kosovo to remain part of Serbia.

The National Guard troops will join 1,000 soldiers from other nations in the United Nations task force, according to Maj. Cotton Puryear, 43, of Madison, Va., who will be the public affairs officer for Multi National Task Force East during the K-For 8 rotation.

Over the next year the task force will be responsible for peacekeeping in Kosovo, where U.S. forces have been part of the U.N. mission since 1999, he said.

Mock towns have been given the names of communities in Kosovo and role players are acting as Albanians and Serbs during the National Guard training at Hohenfels&#8217; Joint Multinational Readiness Center.

Puryear said training for the Kosovo mission is similar to training for Iraq and Afghanistan deployments at the center.

&#8220;The way you handle a riot or demonstration is very similar &#8230; If you find out there is someone dangerous to the mission you do what you can to detain that person,&#8221; he said.

On Sunday soldiers from Company B, 1st Battalion, 116th Infantry Regiment, Virginia Army National Guard, dealt with a mock demonstration by role players at one of Hohenfels&#8217; urban-terrain sites.

Company B commander Capt. Scott Wade, 42, of Bedford, Va. said the demonstration featured a lot of ethnic tension and indictors of possible violence.

But the Company B troops kept their cool and stood their ground as the role players chanted and brandished placards. Eventually the tension subsided and the crowd dispersed.

&#8220;Our role was to ensure it was a peaceful demonstration and if it turned violent to be able to disperse the crowd,&#8221; Wade said.

&#8220;During the training we have been building relationships with the town leaders as we would in Kosovo. That way we gain the trust of the people and everybody &#8212; the town leaders and the police &#8212; becomes involved in keeping things peaceful,&#8221; he said.

Company B soldier Spc. Hamilton Alexander, 19, of Roanoke, Va., said he is taking a break from his job in a nursing home to go to Kosovo but stays in touch with the elderly people he cared for through letters and e-mail.

Another Company B soldier, Spc. James Thorpe, 21, of Blackstone, Va., said he left a job as a rescue diver and dive instructor in Richmond, Va.

Thorpe said he spent his free time back home diving shipwrecks off the east coast including a German U-Boat wreck off the coast of North Carolina.