Toys for Tots program on Okinawa in need of more donations 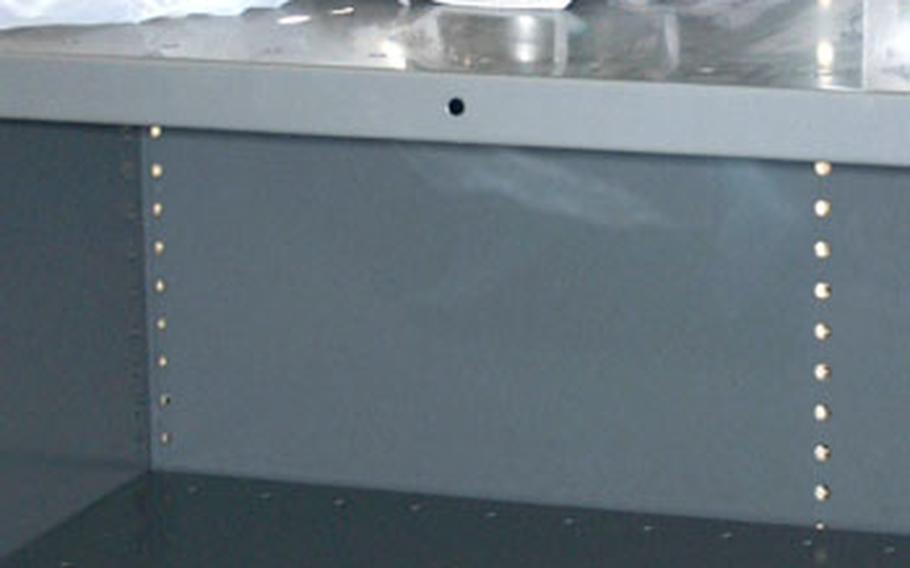 In the Toys for Tots warehouse on Camp Foster, the shelf for toys for girls 12 and older is almost bare. The program needs donations for older children of both sexes, said Staff Sgt. Suzette Smith, the program coordinator for Okinawa. (Cindy Fisher / S&S)

That means Toys for Tots on Okinawa still needs to collect more than 6,000 new, unwrapped toys in the next 12 days.

Though stateside charities have run into snags with the numerous China-made toys recalled for lead content, that hasn&#8217;t been a problem here, Smith said.

All recalled toys were immediately removed from Army and Air Force Exchange Service shelves, so people haven&#8217;t been able to buy and donate them, she said.

Since the start of the program, people have been dropping off a lot of toys for young children, ages 4 to 6, but not enough for older children, Smith said. She suggested items such as age-appropriate CDs and DVDs for teenage girls and boys.

Smith said she hopes to encourage some competition between military units to drum up donations.

Marine Aerial Refueler Transport Squadron 152, on Marine Corps Air Station Futenma, has been a top contributor to this year&#8217;s Toys for Tots, Smith said. Sgt. Maj. Rodolfo Arrieta has been leading the unit&#8217;s drive, offering his troops incentives such as getting out of field day if they donate a toy, she said.

Another unit that has met the challenge is the 3rd Reconnaissance Battalion at Camp Schwab, she said.

But on Okinawa, this isn&#8217;t just a Marine Corps program, Smith said.

Toys for Tots plans to be at the III Marine Expeditionary Force Band concerts at the Camp Foster Theater on Thursday and Friday evening to accept donations.

The program also will accept donations all the way up to Christmas Eve at drop boxes in base exchanges and at Personal Services Centers, Navy Federal Credit Unions and other locations.

The last major Toys for Tots event will be Saturday&#8217;s Ho Ho Express. Throughout the day, Smith and volunteers will ride a bus from base to base, collecting toys.

To avoid confusion in the final week before Christmas, Okinawa program coordinators already have begun distributing donations. They have given 1,500 toys to 11 local orphanages and schools for handicapped children. They also have sent 500 toys to a Cambodia orphanage and 60 toys to an orphanage in Kabul, Afghanistan.

For more information about Toys for Tots or to volunteer, call DSN 645-8066.